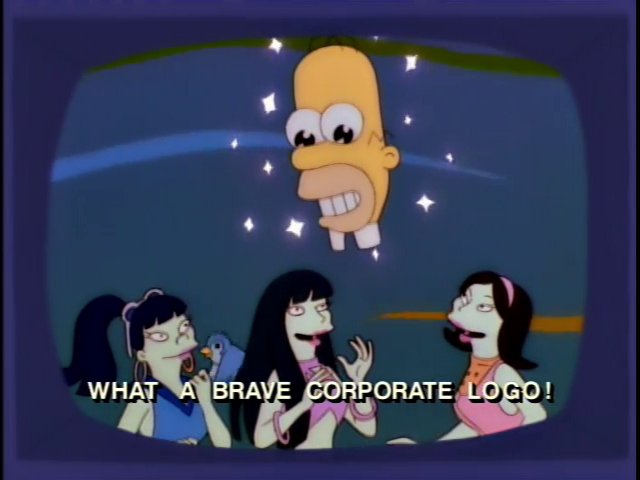 Advertising is weird. Japanese advertising especially so. Throw in some anime, whether recognizeable characters or shockingly high-quality original animation, and the results are naturally going to be entertaining and utterly bizarre. For your entertainment and befuddlement, here's 10 completely nuts anime commercials.

Tiger and Bunny already features a lot of in-show product placement in a very self-aware way, as the heroes in the show make their living off of sponsorships. It was only natural that the show's product placement would end up expanding beyond the show itself into commercial breaks.

9. A Different One Piece Rap

As Japan's most popular manga, One Piece naturally does a lot of commercials. This is definitely one of the less awful raps the Straw Hats have been subjected to. The absurd little fanservice shot at the end really sells this Fanta ad.

This ad's kind of amazing. The thing that makes it weird is that it's TOO good. It actually makes McDonalds look like an appealing workplace!

You know an anime's made a dent in America when it's featured in not one, but two Ford commercials.

Seeing the cast of Osomatsu-san in live-action in this form is an uncanny experience, between them literally having six same faces and Iyami not having his teeth despite looking otherwise cartoony. This is actually a remake of an old animated ad from the time of the '80s Osomatsu-kun, which you can see 3 minutes into the video below (a compilation of various Matsu-related ads from that era).

Trying to make Miku a thing in America has always been a fascinating source of awkwardness. Toyota did a whole series of ads trying to introduce her to the American market.

In Japan meanwhile, Americans continue to get brought over to co-star alongside Miku in commercials. God bless Scarlet Johansson, she's trying her hardest even if she clearly doesn't understand what's going on. I don't know what to say about the president of Domino's Pizza.

3. Evangelion and Attack on Titan Razors

Evangelion's notorious for having some of the weirdest licensed products. Gendo without his beard is truly a sight to inspire nightmares.

2. The Melancholy of Haruhi Gum

I'm not gonna even try to explain this one.

And there you have it, possibly the weirdest anime advertising ever.

Everyone has a moment in one of their favorite anime that they can never forget! Here, five of our writers share what their favorite funny anime scenes are, from anime new and old.

The Best Videos Inspired by the Evangelion Opening

The Cruel Angel's Thesis (Zankoku na Tenshi no Thesis), the opening theme of Neon Genesis Evangelion, has been covered, remixed, and parodied many times over the years. Here're some of the best alternate versions!

10 Times Anime Got Too Real

Sometimes the situations anime characters get into are very realistic, even if their reactions are over the top. Here's some situations that many of us have been in, even though we probably wish we hadn't!