Don't you wish you had one of these anime butlers for yourself?

There are plenty of butlers in anime, but many take on background roles as shadow servants, neither heard nor seen -- as they're supposed to be. But some play a more active role in the story. Some butlers double as overprotective parent figures. Others also make excellent bodyguards.

There is something inherently attractive about a well-dressed man attending to your every whim. And when they look as attractive as the men in this list, well… that's just icing on the cake. Below, we share our hand-picked list of the hottest butlers in anime, listed in no particular order. 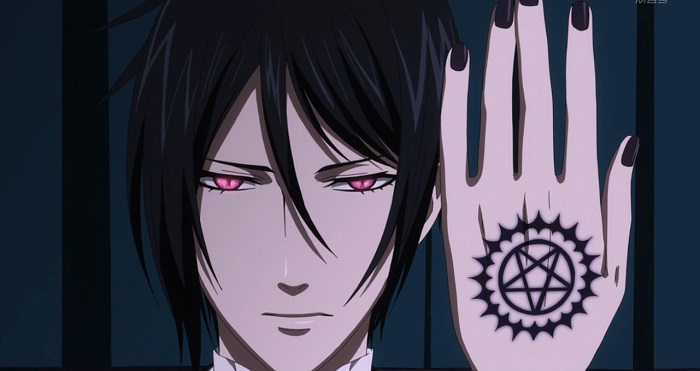 Let's get the obvious one out of the way first. This immensely powerful, impeccable, and seemingly courteous butler is in actuality a ruthless demon, bound to the young master of the Phantomhive estate by a Faustian contract. Tall, handsome, mysterious, and deadly are just some of the words that could be used to describe Sebastian, the most famous butler in all of anime.

From Rinne no Lagrange (Lagrange: the Flower of Rin-ne 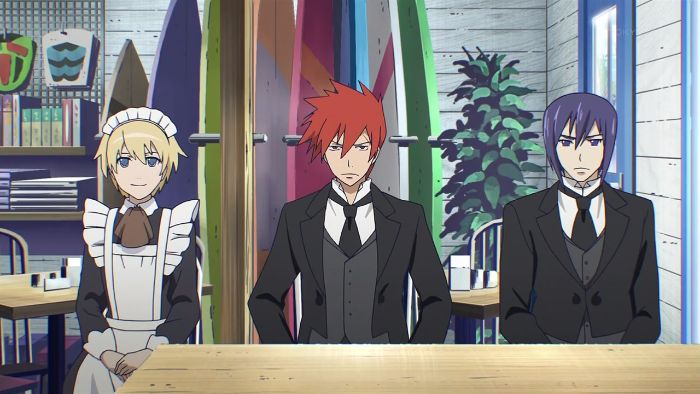 Shown here on the right. Izo also sports the butler getup, but we think you'll agree that Kirius wears it better.

We begin with a butler who only wears the uniform. Kirius is a pilot by profession, but when he takes a day job, he dons a butler outfit that suits him way better than his pilot outfit. His serious demeanor only serves to enhance his look. 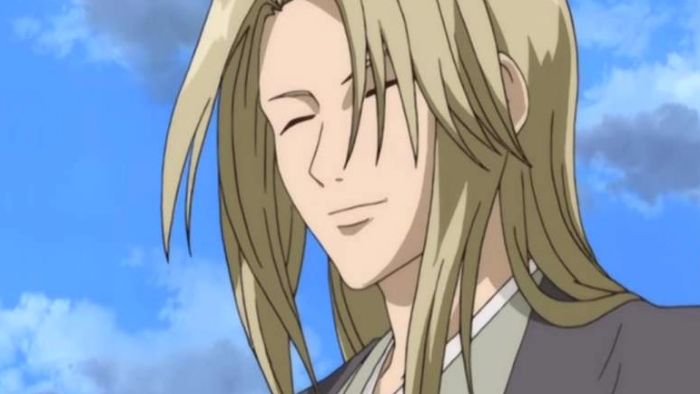 Toujou acts as Kyuubei Yagyuu's servant and bodyguard. He is overprotective of his mistress, and exceptionally polite (except when he insists that she should wear gothic lolita dresses). His long hair and perpetually closed eyes makes him stand out among other, more professional-looking anime butlers. Just don't get between him and his eggs, or his usually calm demeanor is temporarily replaced by that of a raging lunatic. A good choice if you like your servants with a side of psychosis. 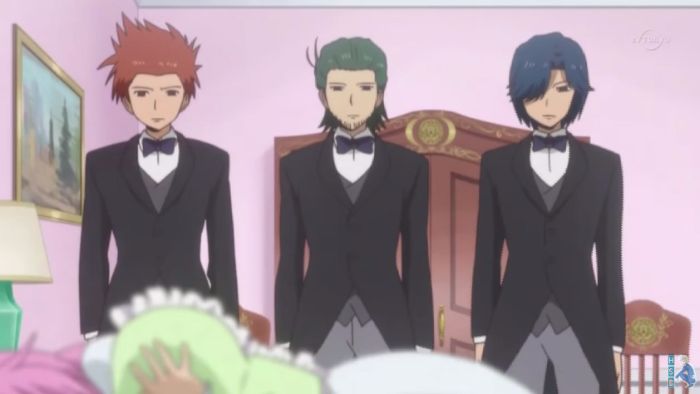 Yukana only shows up for a short sketch in the series, as an afterthought following the ending credits in one episode. She might be just a whiny rich kid, but her butlers certainly leave a lasting impression. The three accept the bossiness of their mistress, but end up acting in a very unprofessional way. Ah well, we never said they had to be good butlers, just good looking. 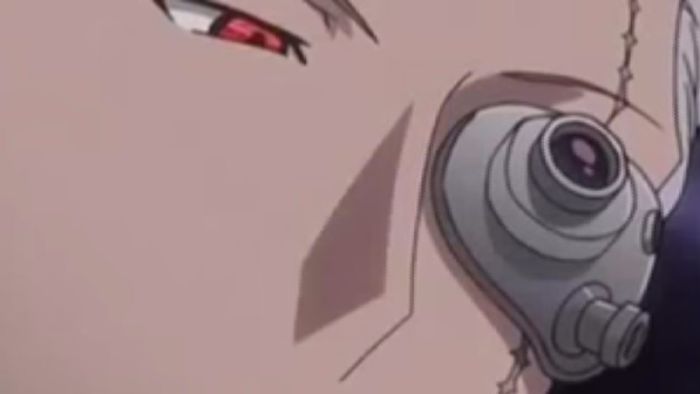 If you can't find a perfect butler for you, you can always just build one. Franz is an android butler, with a mechanical left eye and a distinguishing scar on his face. As a bonus, you never have to worry about him talking back to you: the only word he knows how to say is "fuga." 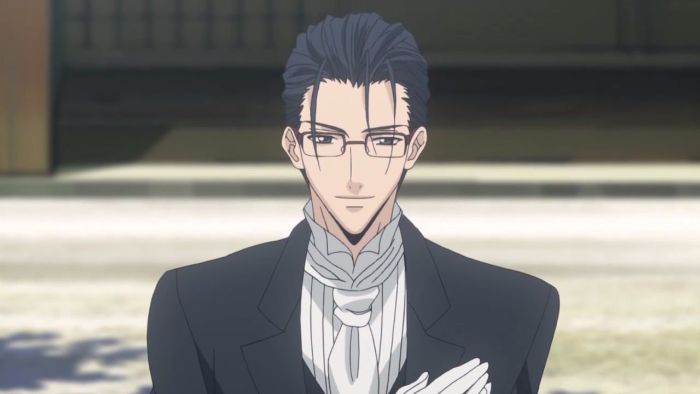 Betrayal Knows My Name has no shortage of hot male characters, and Fuyutoki is no exception. Fuyutoki is the head butler of the Giou Clan. He is also a loving older brother, and is extremely loyal to his charges. As if we needed any more reasons to swoon over him. 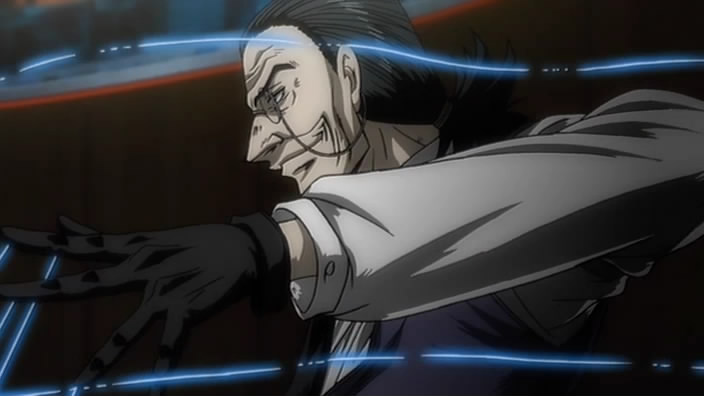 Integra Hellsing's butler might be one of the older butlers on our list, but that doesn't take away from his attractiveness. He's tall, dark, and can kill you with a microfilament wire: in other words, the perfect butler if you need a butler who's armed and dangerous, and good in a pinch. Hagiyoshi is the butler for the Ryuumonbuchi family. In keeping with the theme of the anime, he is a proficient Mahjong player, even taking time off from his duties to play it online. His shoulder-length black hair and seductive eyes are a great combination that lands him on this list. 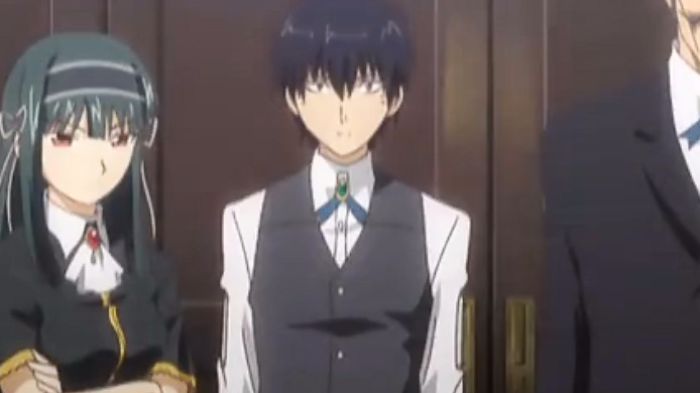 Ren is not exactly good butler material: he's stubborn, doesn't like to lose, and generally isn't very good at following orders. That doesn't stop three sisters from fighting over which one will be his "master." To be honest, we can't blame them. One look at that boyish face, and we suddenly want him as our servant too.

From Soredemo Sekai wa Utsukushii (The World is Still Beautiful) 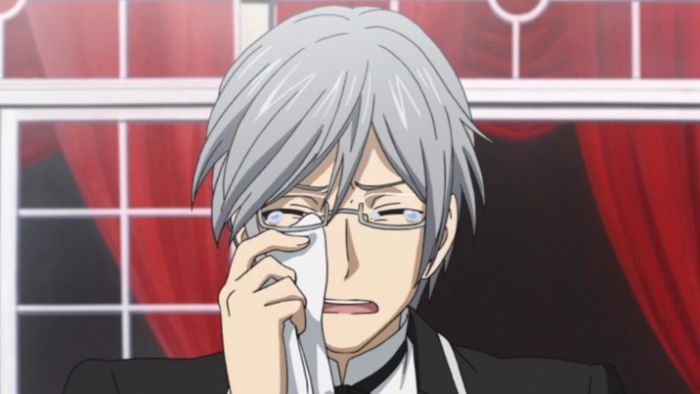 Living with someone, even as their servant, offers you a glimpse into their true nature. Neil is Livius's chief attendant, and as such, he knows more about him than Livius does himself. While other butlers stay in the background, Neil is as much of a character as the series' protagonists. He helps his master in every way he can, and looks fantastic while he's at it -- even if he does have his silly moments. 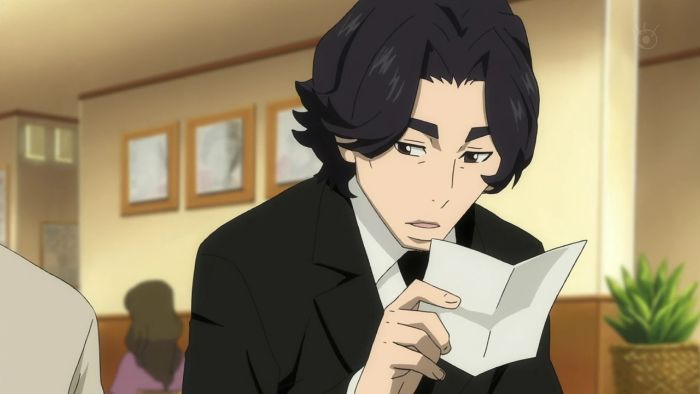 Including Yoshio in this list is a bit of a cheat, since he's a valet and not specifically a butler… but just look at that gorgeous hair and those cheekbones! Good luck getting his attention away from his precious car, though. 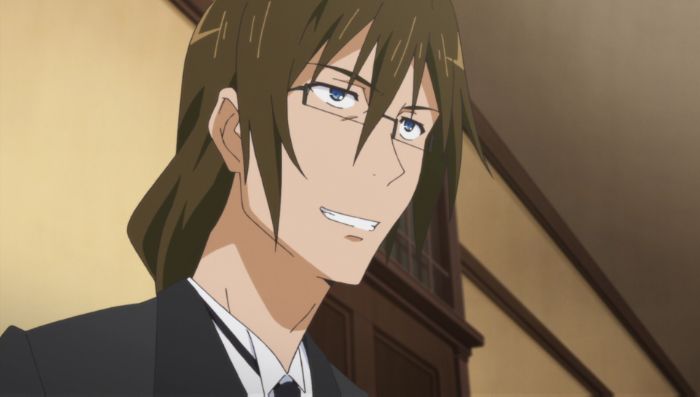 Nagare might not be the most normal butler out there, but man, is he easy on the eyes. 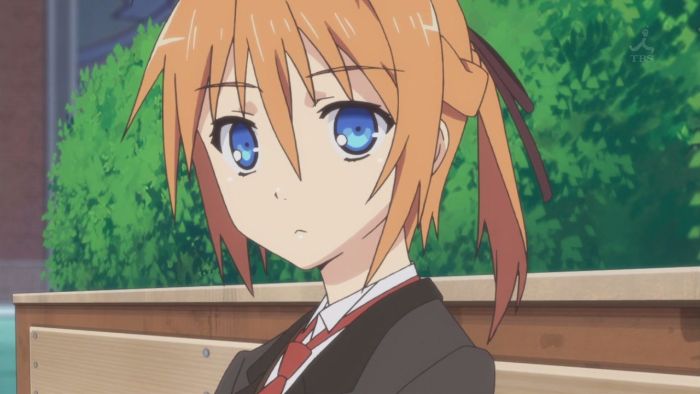 The real star of the show here is Nagaru Konoe's butler and bodyguard… daughter? Yep, it's a trap! Subaru definitely makes a nice butler, though, wouldn't you say? 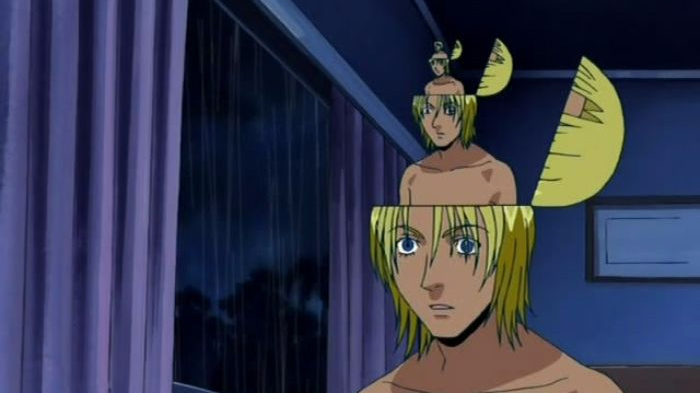 Asio is a servant, not a full-blown butler. But he has some intense blue eyes and a crazy personality to boot. We'll just leave that image here as evidence, and let you make your own judgement call on this one. 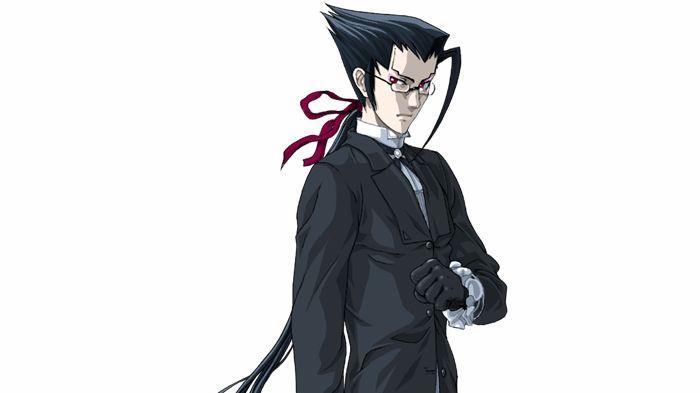 Winfield is a skilled boxer and fighter, which makes him perfect for doubling as a butler and bodyguard. He also shares a name with the father of HP Lovecraft, automatically making him even more badass. Even without the geeky homage, his awesome hair and intense stare makes him one hot butler.