Ever feel like you know a series a bit better than the people writing it? It takes a lot of work and big teams of people to make an anime so sometimes things slip through the crack. And sometimes it is just lazy writing. Come peek at a few of our favorite examples here!

While there are anime characters who literally have amnesia, sometimes characters seem to be stricken with bouts of forgetfulness for no adequately explored reason!

There are many different ways in which characters can be forgetful and we have picked out some of the most frequent methods to ask ourselves, "Why? Just...why?"

We should forgive that guy. After all, what's one little genocide?

It is not exactly unheard of for an anime character to turn over a new leaf and start helping the protagonists. Even after doing terrible, horrific things. Unforgivable things. That are forgiven. Instantly. By everyone. I guess if you are useful enough to the cause, terrible deeds are given a Get Out of Jail Free card. 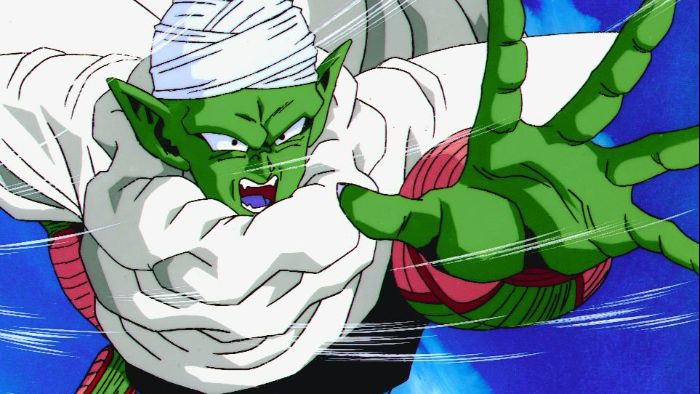 Demon King Piccolo. He and his children murdered several of young Goku’s friends before he went on to destroy a city in his plan to wipe out one city per year as a form of entertainment until he had killed all people on Earth. We should totally let that guy's son, Piccolo - who inherited all of the memories and evil intent of his father - raise his arch enemy’s kid and then hang out with us at the BBQ, right? 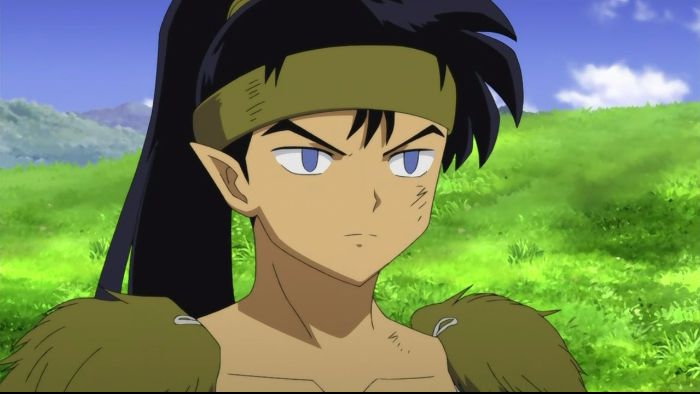 Overall Kouga is not terribly evil...but he is first introduced as he and his pack of demon wolves wipe out and eat several villages’ worth of people. Men, women, children, they didn't care. And it never comes up or seems to bother anyone! 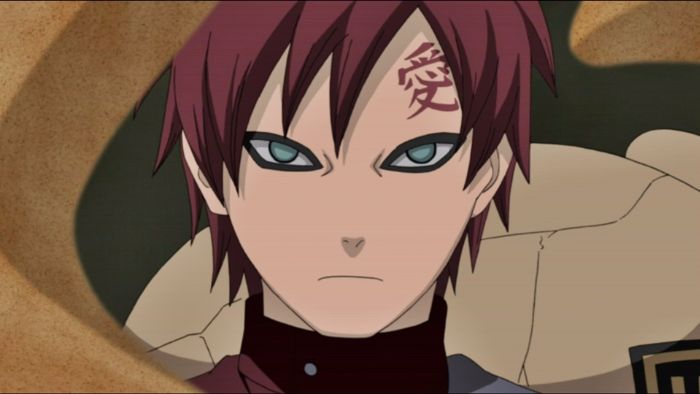 Out of every anime character who has turned over a new leaf, Gaara’s leaf may have been the biggest. Introduced as a genin (the lowest level of ninja), Gaara was a cold-blooded murderer who had never been injured in combat and could kill jounin (the highest level of ninja) due to the psychotic murder-happy tailed beast living inside him. But he loses ONE fight to Naruto, and that turns his whole world around and he decides to be good again. Really? 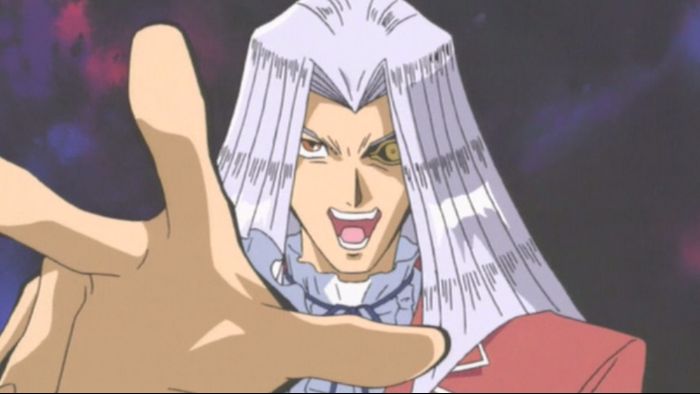 Hey, remember that guy who made the insanely popular card game we play? The guy who kidnapped Yugi’s grandpa? And Kaiba’s brother? And tried to kill Kaiba? And us? Yeah, we’re friends now! Isn’t that great?!

Before I Kill You, There's Time for a Quick Speech, Right?

You finally have that hero cornered and world domination is at your feet. Time for...those drama school acting lessons to play off! Villains rambling instead of putting a bullet between the hero/heroine's eyes is not exactly exclusive to anime, but nobody tries to draw out their victory (thus turning it into a defeat) quite like an anime villain. 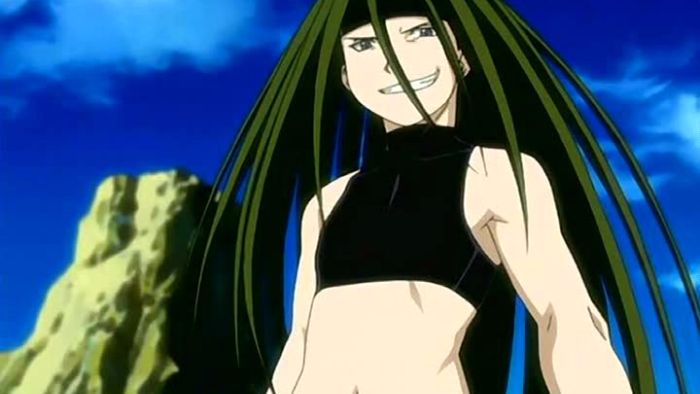 Is there not a greater downfall to villains than evil gloating? Envy is a nigh immortal homunculus who is really, really hard to kill. It would take near superhuman levels of power to put Envy in the ground. But maybe, just maybe, antagonizing a man that can wipe out entire squads of enemies by snapping his fingers is not the best idea. 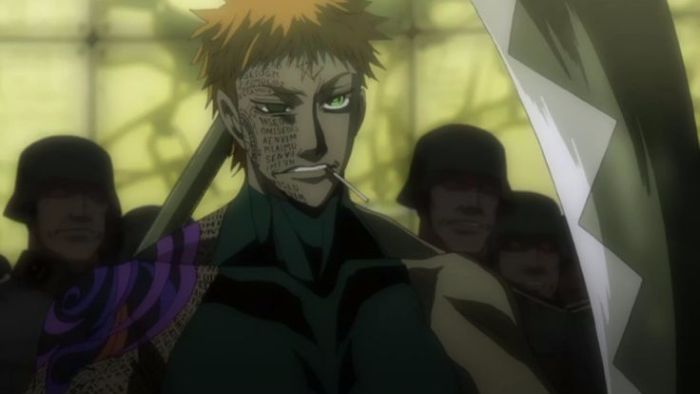 Some villains are real sickos, the type who like to 'toy with their food' - mutilating enemies and mocking their weakness as you slowly execute them. This can, however, backfire when one of your supposed victims suddenly becomes a lot more badass than you.

Remember that useful thing from another episode? Neither do I!

On the knife's edge that stands between outright forgetfulness and lazy writing, we have what I like to call the One Shot Solution. Characters will solve a problem and you will think, "Wow, that thing they just did was really useful. I cannot wait to see it again!" So you wait. And wait and wait and wait...and to this day you are still waiting. Get comfy, you are going to be waiting for approximately...forever. 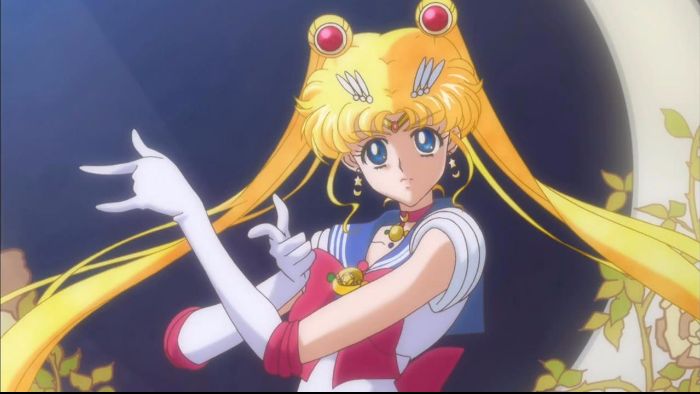 Serena had a lot of instances of one-off abilities being used. The very first episode shows her using her magic hairclips to hear over long distances which never comes up again. A few episodes later she uses a healing power to save some civilians that, again, only has one appearance. Later in the series, she loses a special pen that allows her to disguise herself. Somehow she managed to get ahold of all those gadgets, but not a desk organizer to keep them straight. 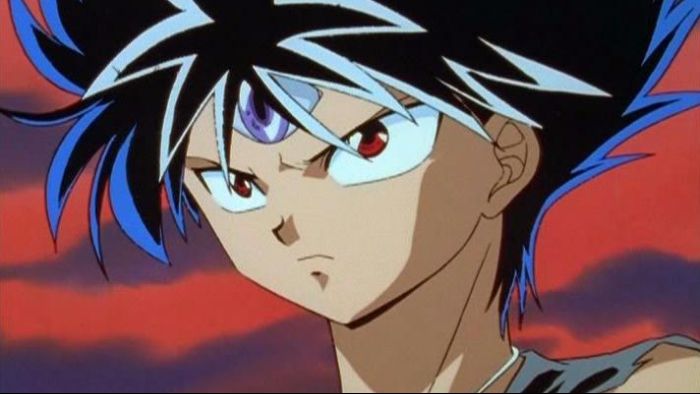 Remember that epic demon form Hiei has that makes his psychic powers significantly stronger? Me neither! Hiei is certainly no slouch; he is a fire demon who masters techniques that pretty much all other demons considered impossible feats. But his very first fight shows him using a powered up form and it just gets ignored for the rest of the series, with no explanation. 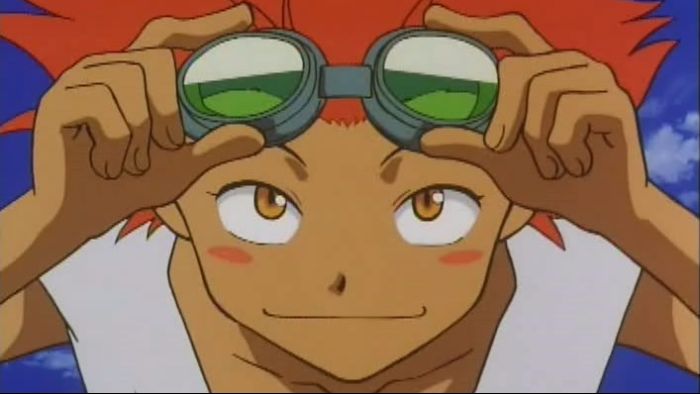 Ed is introduced as being a master hacker, able to single-handedly take over other ships with his skills. And it never really comes up again. For a group of bounty hunters who chase ships, you would think the ability to remotely take over other ships would be super useful. And there was that one episode where some villains had a ship-neutralizing computer virus. If only someone on the ship could help with that! Ed, sit down, I can’t see the view screen! Go do something useful, make us some coffee or something. 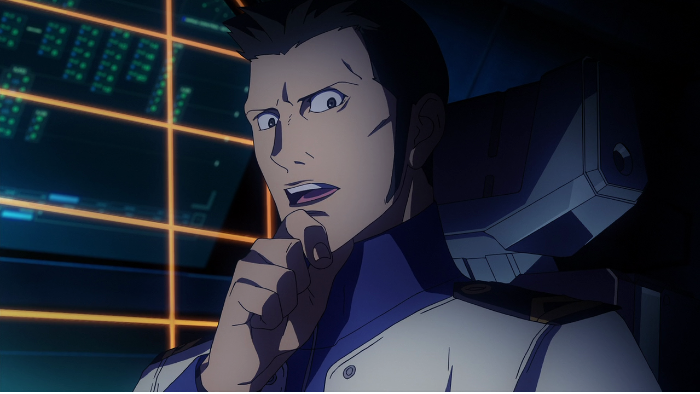 At the end of the series the heroes are saved in the 11th hour when Shirou rigs up a reflective force field to fire the villains’ weapon back at him. Question one: Where was this shield for the entire rest of the series?! Question two: Why was this not used in the follow-up shows. A shield that shoots the enemy’s projectiles back at them seems really, really useful. And Shirou jury-rigged that! Why would you not just build it on the rest of your new spaceships later?! C’mon, people…

Top 10 Martial Arts Manga That Never Got an Anime

Sometimes phenomenal manga series get passed over and don't become a TV series. This is a list of the top 10 martial arts manga that should've been made into an anime. Prepare yourself. These stories kick hard.