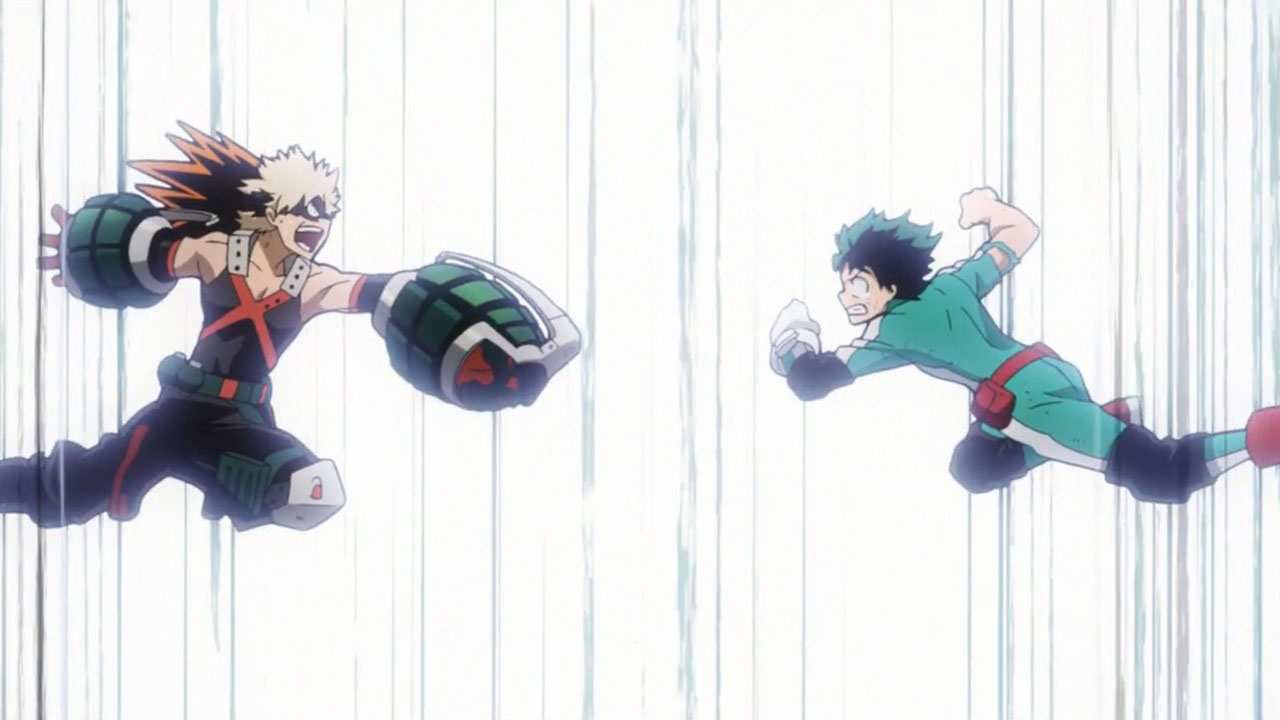 The obvious shounen hit pre-season turned out largely as popular and well-liked as expected. The story about the kid who dreams of being a hero despite having no super powers whatsoever captured the imagination of anime fans, particularly when it came to the ridiculous side characters and their odd designs and super powers. It's not exactly the most original idea in the world, especially once they all start going to superhero school and all those classroom antics and rivalries start to kick off, but it's well animated and heartfelt so it all works.

It hasn't exactly hit the popularity levels of last year's One Punch Man which you get the feeling licensor Funimation were hoping it would achieve, but that shouldn't really be held against it. The amount of anime that reached the level of exposure and popularity in such a short space of time with anime fans abroad this decade can be counted on one hand. 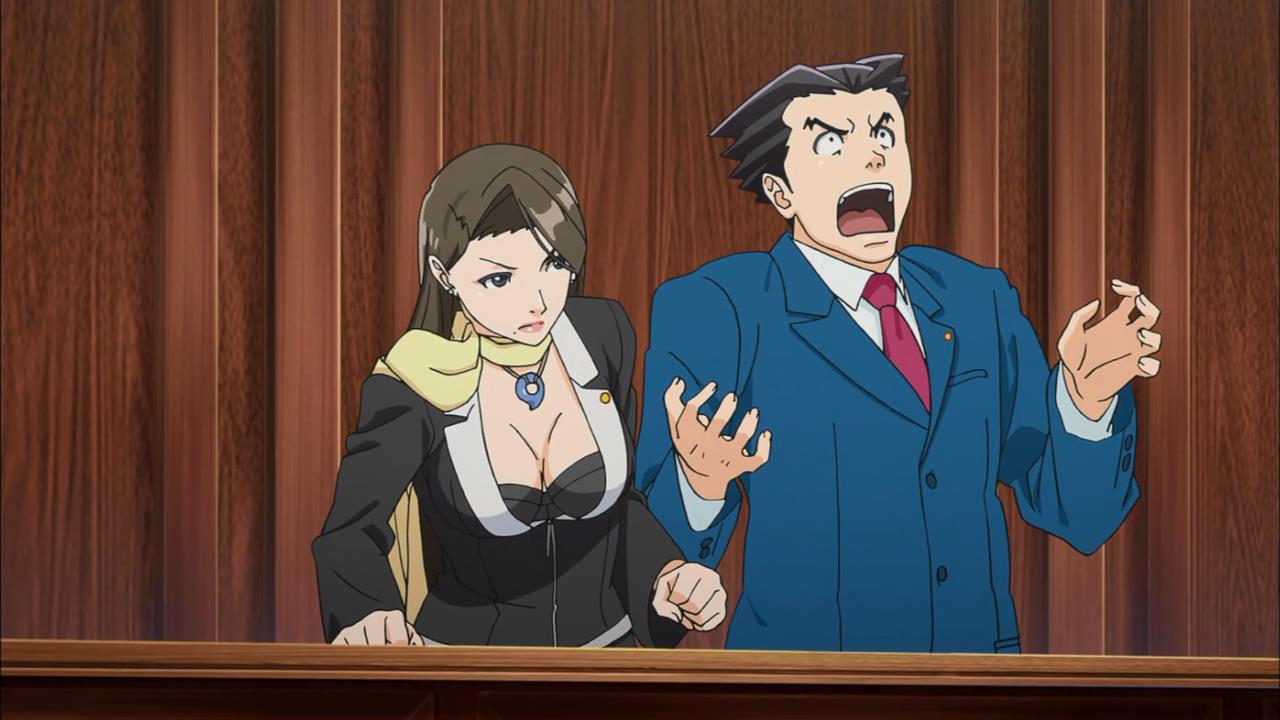 You would think this would be a guaranteed success. It's something that has been on the wishlist of fans of Japanese media for years and years. An anime adaptation of the Ace Attorney games should have been brilliant. Instead we got this. The most low-effort adaptation that could be farted out while still technically being an Ace Attorney anime.

Animation that would have looked poor in 2001 is the most noticeable problem, but the biggest offender is how little artistic interpretation went into adapting something from the games. They basically lift the entire tutorial scene almost word-for-word, leaving the little pings in when new evidence is unveiled, complete with characters talking like complete idiots as they explain game mechanics. I like to think this is a cautionary warning to those who demand a complete, slavish devotion to the source material when adaptations are made...that is, until you stroll into forums for the latest episodes and find people still complaining about cutting and changing material. 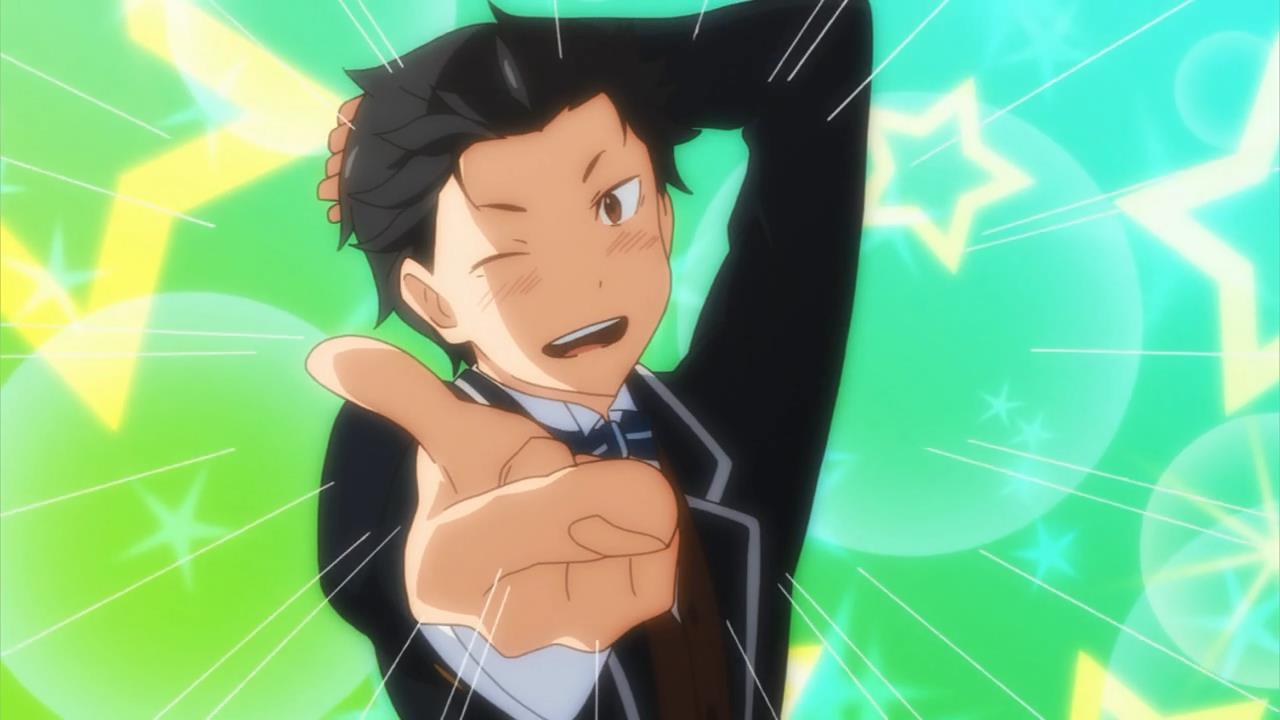 I did have a feeling this would be something of a sleeper hit this season with western anime fans. It had all the ingredients that fans have loved from previous anime with doses of what they've been crying out for in others. It has the time-repeat, groundhog day plotline set in a fantasy world but this time features a highly self-aware protagonist who acts as we like to think we would as genre-savvy teens. But even I've been surprised at just how big this thing has gotten and how much fans have fallen for it.

I'm not completely sold on it myself. Whenever I find myself falling for it's charming little relationships or getting involved in the intricacies of its plot mechanics, the main characters go and spout a load of obnoxious rubbish and it gets all pander-y and I get annoyed at it and call it Sword Art Online 3. But there's no denying its immense popularity and acclaim so far. 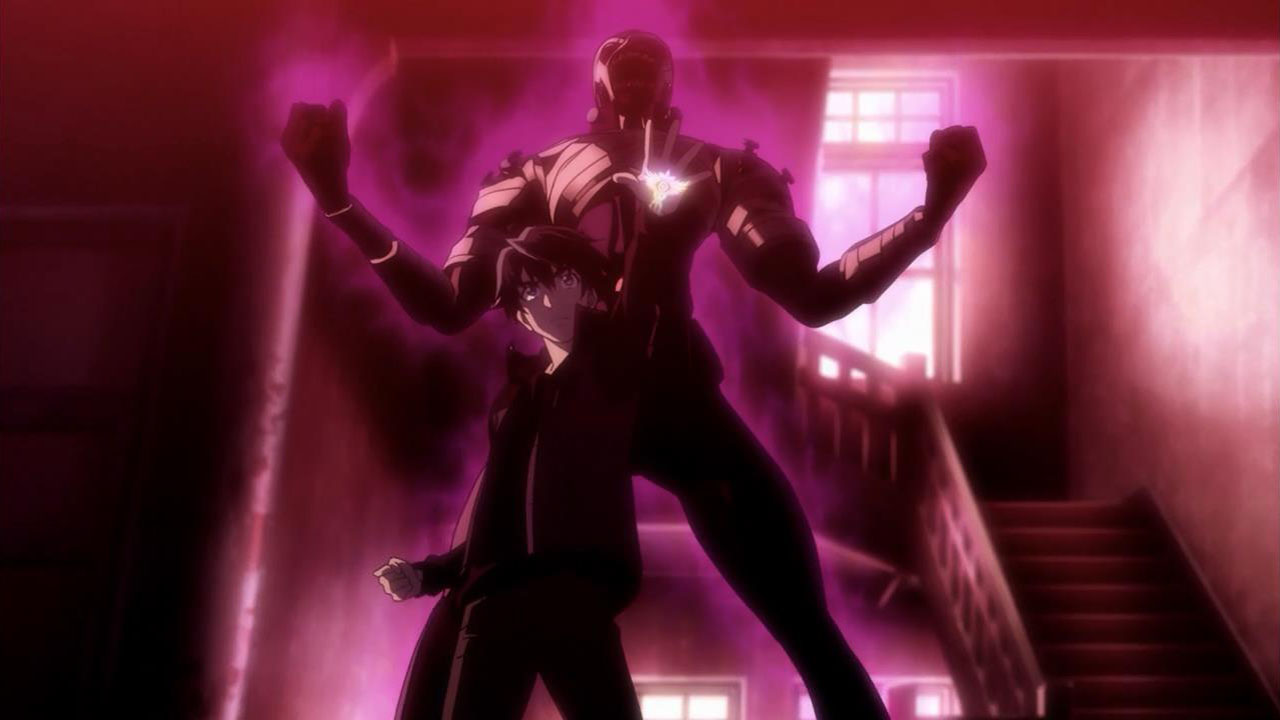 You would think the latest adaptation of a manga by the author of Future Diary should be a hit. For context, Future Diary has a score of 8.12 and is the 10th most popular anime of all time on MAL. As I've written previously, it's not like Future Diary, while entertaining, is a literary masterpiece. But Big Order sure makes it look like one.

Stupid characters, nonsensical plot twists that get discarded an episode later, a story that has the feeling of being made up as it went along. Throw in some desperate fan-service in an attempt to distract the audience from the hopeless writing, and not even particularly good fan-service at that, and you've got Big Order. The only Big Order you'll be having after watching this is a big order of aspirin for your headache.

Hit: Kabaneri of the Iron Fortress (Koutetsujou no Kabaneri) 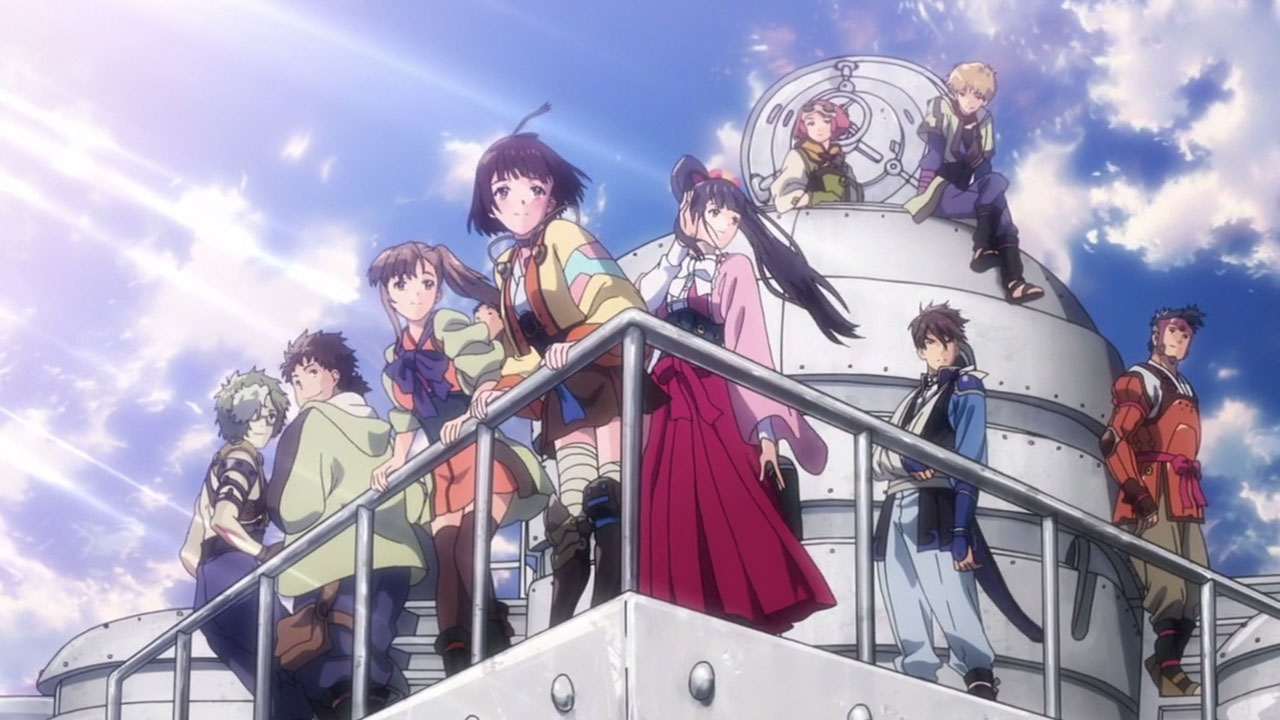 Turns out that if you get the people who made the smash hit Attack on Titan and have them make something very similar, you get another hit. The similarities between the two series are strong enough to have some people calling Kabaneri a ripoff, considering both are set in fantasy worlds where everyone exists in walled cities to keep out man-eating mindless monsters. But Kabaneri does just enough of its own thing to keep things fresh.

The steampunk crossed with Edo-era Japan aesthetic is genuinely unique and creates some fascinating designs for the characters and mechanics of the world. It may paint in broad strokes and be very unsubtle, but its characters remain well-rounded and multi-faceted with clear flaws and motivations, which is something many anime with similarly complex plots can't achieve basic competence in. It's incredibly well animated too, undoubtedly helped by that sweet Amazon money flowing in, with dynamic direction for action scenes. It's just generally a very entertaining, well-paced action thriller. 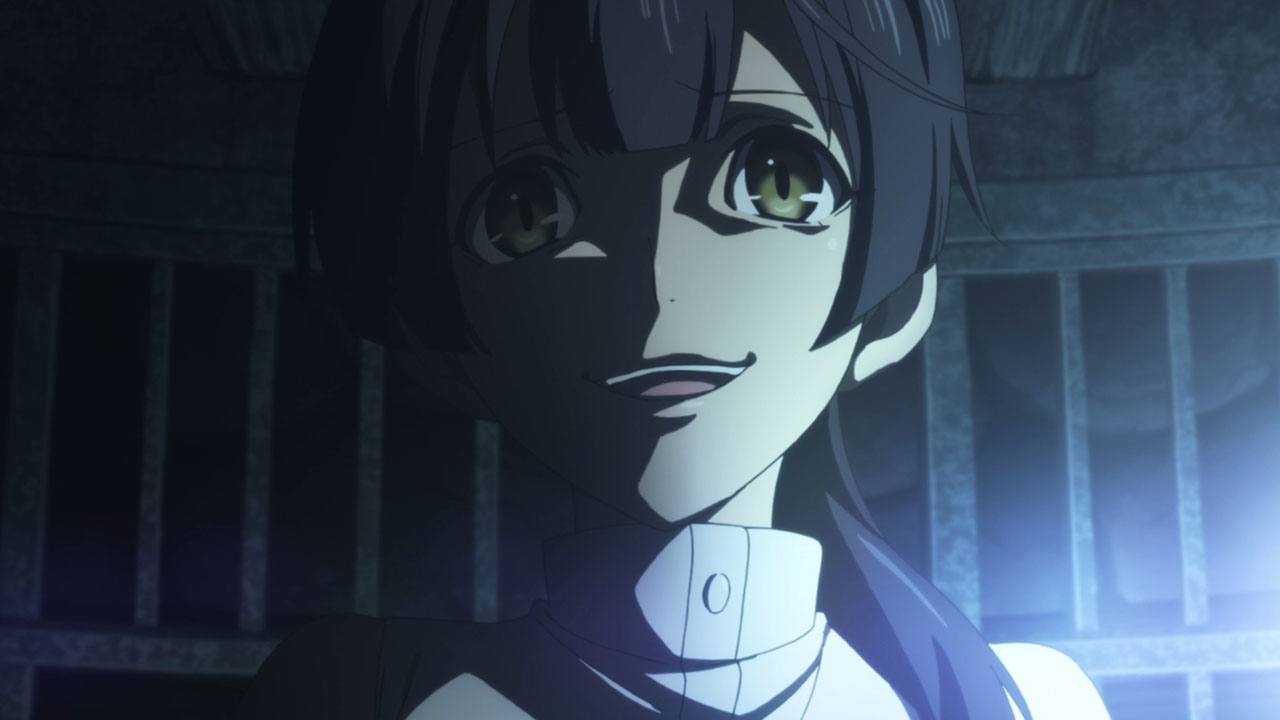 Let's talk a little about Mayoiga - a complete failure of a horror mystery anime where nothing is even remotely scary. It's a show where a bus full of complete idiots will continuously irritate you to the point you'll want to reach through your screen and smash their heads in. Where a main character nearly gets his arms and legs chopped off, but apparently the most notable thing about his day is that he talked to some ladies. Where characters attempt to burn a lady at the stake for not being entirely clear of her motivations for being here, but meanwhile continue to ignore the insane woman shouting "EXECUTE, WE MUST EXECUTE THEM ALL" like she's a Dalek from Doctor Who. This is all true. Which is why it was the pinnacle of so-bad-it's-funny from this season. I think about only 50% of the comedy was intentional, but that's enough for me to have fully enjoyed my experience watching Mayoiga.