TV exposure does a lot for anime series' popularity. Yet in the United States, only one television network has been consistent in its support for anime. That's Cartoon Network, and even then, in the past decade they could only be deemed consistent if you include their late-night Adult Swim block (which airs on the same channel but is considered a separate "network" for ratings and management purposes). A few other stations have tried to air anime but haven't found long-term success. G4TechTV had the Anime Unleashed block in the mid-2000s and later aired the Marvel Anime, but none of these broadcasts were particularly successful, mainly because this was G4TechTV and nothing they aired was particularly successful.

For a while, SyFy's AniMonday block was getting better ratings than Adult Swim's anime, but those ratings declined due to lack of new shows and schedule shifts (it became "AniTuesday", then "AniThursday", and then got canceled in 2011). Anime-centric networks like The Anime Network and the FUNimation Network never took off in more than a few homes as linear 24/7 TV channels, and their slightly greater success as Video On Demand stations has mainly been usurped by online streaming.

Some might say that streaming in general has become far more important than regular television, and certainly the recent resurgence in anime's stateside popularity owes a lot to Netflix and Hulu. But TV broadcasts are still useful as promotional tools, a way to make people aware of the shows they might not instantly gravitate towards on streaming sites. Toonami on Adult Swim still serves an important purpose as such. But there's so much more anime out there than just action shows for older teens and twentysomethings, and more of it deserves a shot on TV. If any network execs happen to be reading this, here's a few suggestions for anime that might do well on different TV networks. 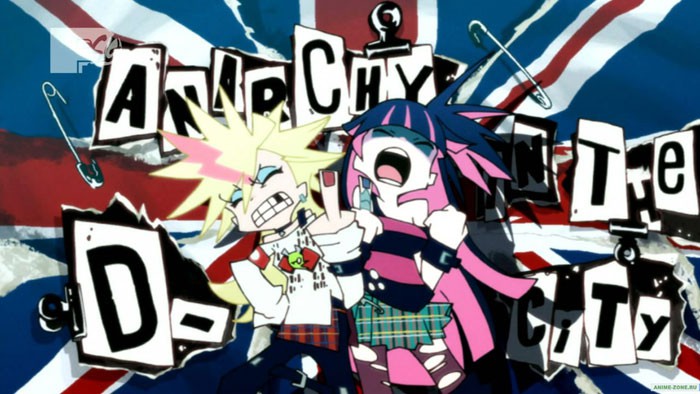 Panty and Stocking feels like it was made for American audiences. From the art style and the American pop culture references down to small details like the title cards that introduce every 11-minute short segment, it resembles a cross between The Powerpuff Girls, Ren and Stimpy, and South Park. You'd expect Adult Swim to pounce on it, but they didn't. Seems the "adult" content was a bit too much for the network censors, and the Toonami crew weren't huge fans to begin with. Comedy Central, however, has much looser content restrictions. If aired past midnight in their "safe harbor" hours, they wouldn't even have to bleep the show's excessive cursing. A raunchy comedy that could attract American animation fans not usually into anime? Seems like it's worth a try airing it. 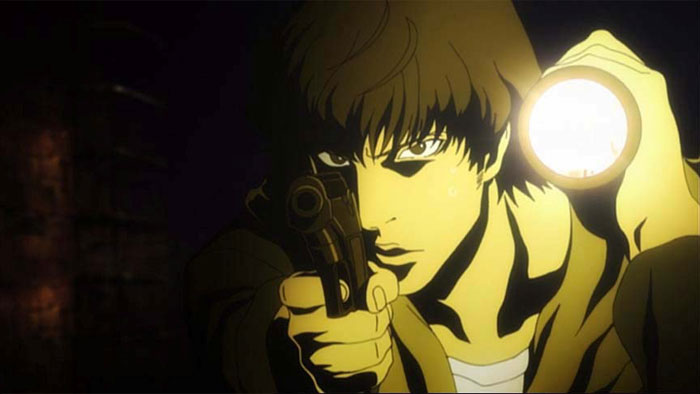 Supernatural is The CW's biggest hit show, and the anime spin-off is already dubbed and licensed by Warner Bros. What's kept the anime from airing on The CW? Warner Bros. has been known to complicate licensing negotiations (Cartoon Network has to pay to air WB shows even though WB and Cartoon Network are part of the same media conglomerate). If they could work it out though, airing the anime between seasons of the main show would be a nice treat for Supernatural's obsessive fanbase. 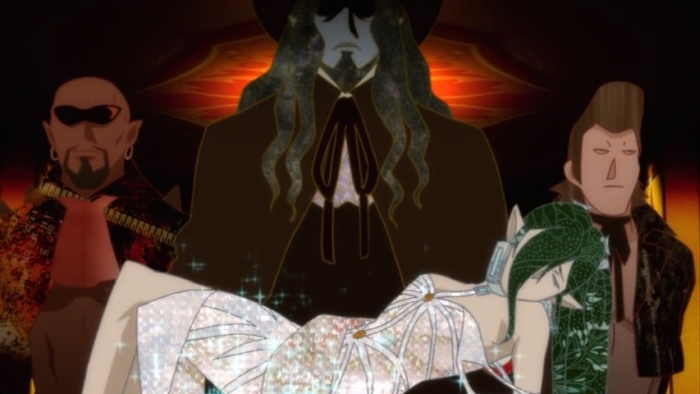 Little known fact: KTEH, the PBS station in San Francisco, did air a number of anime series in the late '90s both dubbed and subtitled, including Neon Genesis Evangelion and Tenchi Muyo (here's video proof if you don't believe me). Anime never spread to other PBS stations (Channel 13 in NYC cofunded Phoenix but for some reason never aired it), but why shouldn't it? Anime could help build the young adult audience that now only occasionally watches PBS for Sherlock or Idea Channel on Youtube. The same "cultural education" excuse that allows them to air pretty much any British TV show would apply just as easily for Japanese cartoons.

There's a few different routes they could go if they wanted to try airing anime. If they want something that would blend in with the various adaptations of the Western literary canon on Masterpiece, the Count of Monte Cristo adaptation Gankutsuou might be the best option. It's twelve years old now but the show's animation still looks excellent, and being an older show might make rights negotiations cheaper (the reason KTEH stopped airing anime, and why PBS stations across the country have lost a lot of programming, is of course lack of funding). 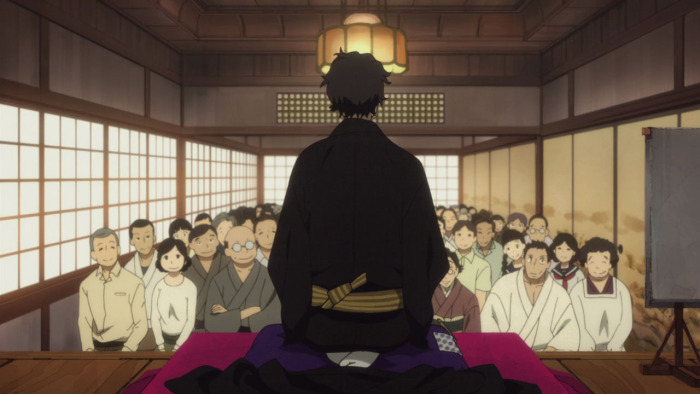 If they'd prefer to try out a newer show, or if they want their forays into Japanese programming to be something more culturally Japanese, this past winter's Shouwa Genroku Rakugo Shinjuu would be an exciting pick. It's a show that's acclaimed but has literally no chance on airing on American TV elsewhere, and to a Western audience unfamiliar with the theatrical tradition of rakugo, it's actually quite an educational show. The first season being relatively short might reduce risk; without commercials, PBS stations could marathon through the series over the course of just three or four nights. 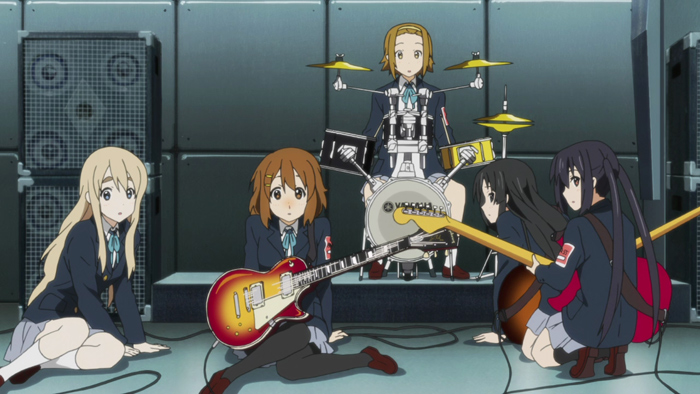 This likely won't happen in a billion years but would be a fascinating experiment. Both K-On and Love Live were shows created for an otaku audience, but by virtue of being relatively well-made and fairly innocent compared to your average otaku show about moe high school girls, they actually appealed enough to young girls that they both had re-runs on Japan's Disney Channel. How would they fare on the American Disney Channel? There'd probably have to be some edits for fanservice-y content, but even edited, it'd still be better than Dog with a Blog or whatever else Disney Channel's airing these days. 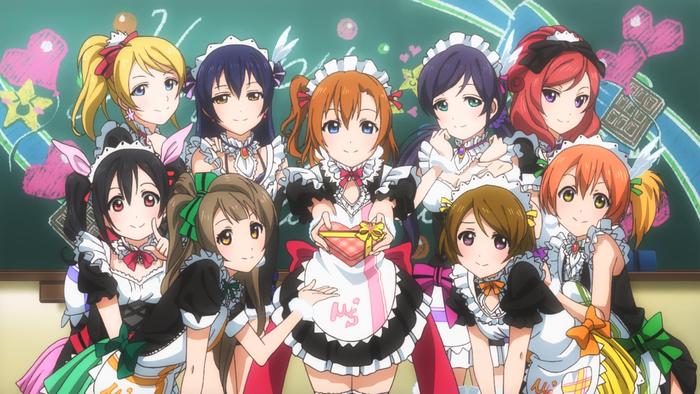 Love Live's American TV rights are currently held by obscure K-pop channel MNet for those interested. They also made some ridiculous ads for it (and before anyone asks, "GG" in the context of a K-pop channel stands for "Girls' Generation" and not that damn Hashtag That Will Not Be Named). 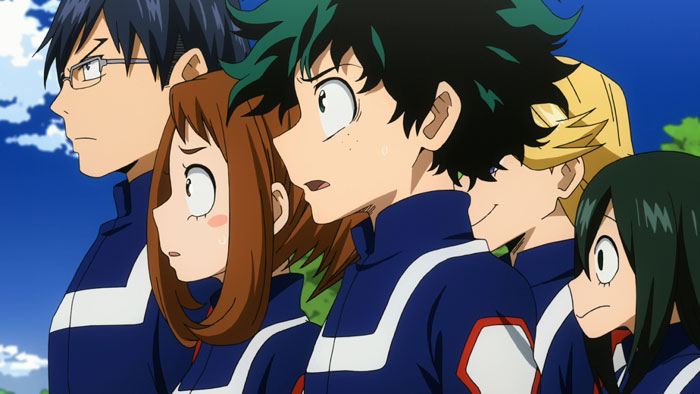 This might be the biggest issue facing anime on US TV: there's not enough gateway shows accessible to kids these days. Since they first canceled Toonami in 2008, Cartoon Network's dropped all anime outside of Adult Swim and Pokemon/Beyblade-style toy commercial shows in early morning hours. Nickelodeon meanwhile has rarely dived into anime at all. There is something strange about how even Naruto Shippuden and Dragonball Z Kai, shows that have been proven to be extremely successful with younger audiences in the past, now have to air on Adult Swim, though I understand they do well with the adult crowd thanks to nostalgia and the opportunity to see the shows fully uncensored.

However, with My Hero Academia, we have a show that's brand new, not particularly violent, and absolutely aimed at boys in the 8-14 demographic. It'd be wasted on Adult Swim, where older audiences would most likely prefer a superhero show with a slightly more subversive edge like One Punch Man. But those 9-year-olds who've never seen anime beyond Pokemon need shows like My Hero Academia to tempt them into the anime fandom. 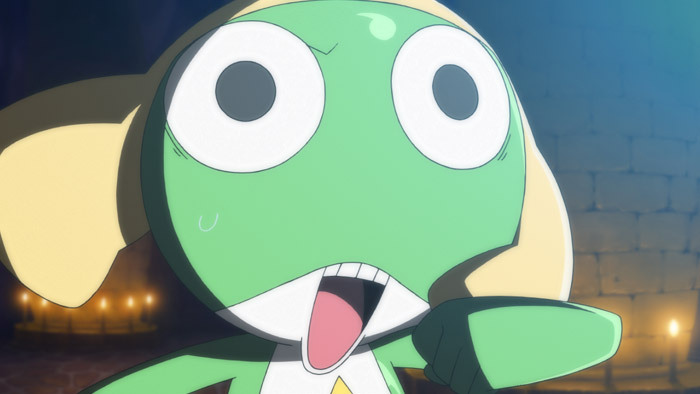 SGT Frog should have been a sure thing for American TV. A comedy with equal appeal to kids and adults, with a premise resembling the cult classic Invader ZIM and cute characters you can slap on a million pieces of merchandise at Hot Topic? Some network should have jumped on it. Unfortunately it fell victim to bad timing.

ADV Films pitched it to many networks, making different dubs for different audiences, before losing the rights to the show entirely. By the time FUNimation got it and made their mildly-Americanized slightly-more-adult-targeted dub, the show was already old news to network execs that were burned on ADV's pitches.

Without TV exposure, what should have been a big hit became a niche series, not profitable enough to dub more than three seasons. By now it's too late to air even if any network wanted to, as the 2004 references changed to 2009 references are by now seven years dated. Maybe if Japan reboots the series in a few years, Keroro's chances to invade America can be renewed.