Anime We Can't Wait to Watch in Virtual Reality

Virtual Reality is coming. We live in a world where you will soon be able to explore the setting of your favorite anime in full VR. Welcome to the future. 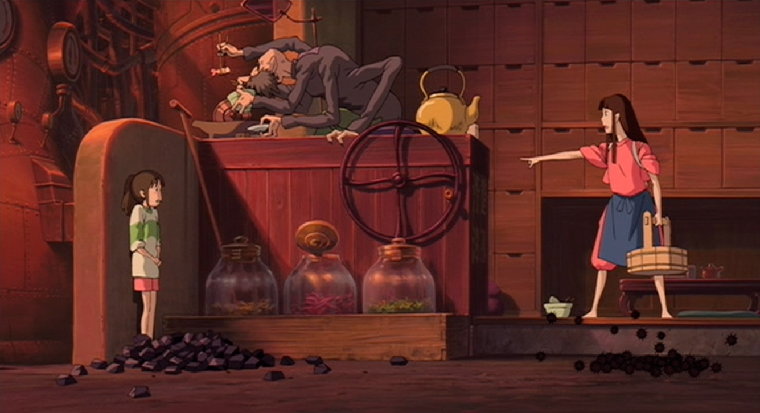 The boiler room scene from Spirited Away.

There's something tantalizing about the idea of being in a virtual environment, interacting on a digital level with your surroundings. The age of VR is upon us, and already people are doing amazingly creative things with the technology. Of course, video games are the first to take the plunge into VR, with gaming giants like Sony and Microsoft planning the release of their own VR headsets in the near future. But once you get beyond games, you encounter a world of possibilities.

For at least one developer, this means transforming the worlds of his favorite anime into virtual environments to be explored. Designer Nick Pittom of studio Red Paw has digitally recreated some iconic scenes from Studio Ghibli films in the form of free VR demos. The three demos allow users to explore the boiler room in Spirited Away, the bus stop in My Neighbor Totoro, and the meadow in Howl's Moving Castle.

This has left us hungry for more anime VR content. Imagine the possibilities! 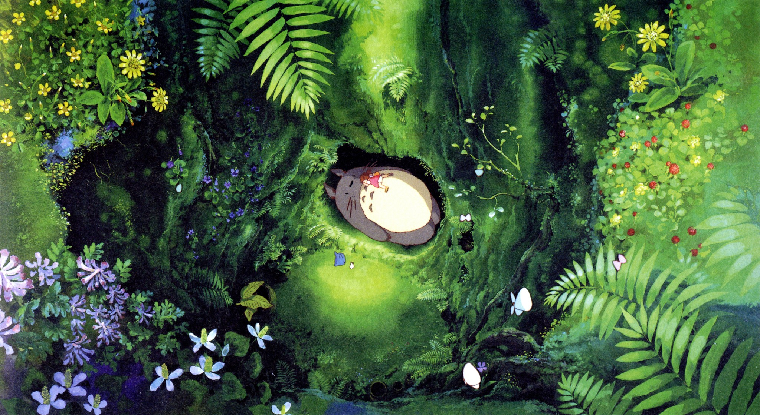 My Neighbor Totoro is a gorgeous example of beautiful Studio Ghibli environments.

It's no surprise that Studio Ghibli films are the first to get the VR anime treatment. These films are known for their sweeping landscapes, living environments, and gorgeous surroundings.

But these movies are just the tip of the iceberg when it comes to amazing visuals. Virtual reality is a fantastic medium for immersing yourself in fantasy environments, and some anime have detailed and beautiful worlds that would make them perfect candidates for going VR. 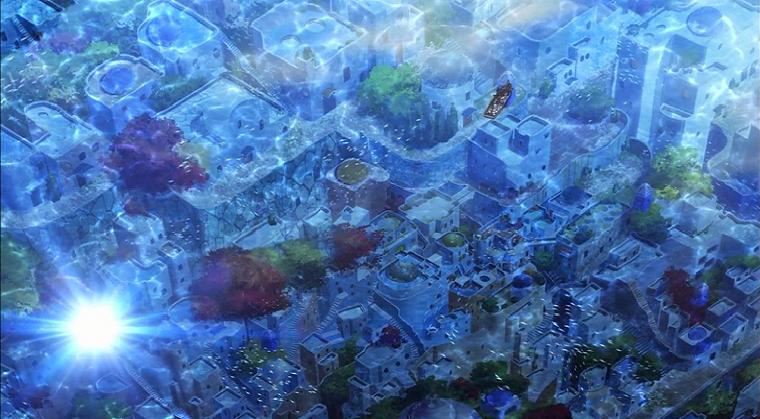 Just imagine, you could be swimming here, in A Lull in the Sea.

Imagine sailing the oceans with Luffy and the crew from One Piece, watching the dream parade in Paprika, or swimming underwater in A Lull in the Sea.

And it doesn't stop there. Any anime where the world is just as alive as the characters could get its own VR version, where you can retrace the steps of the protagonists. 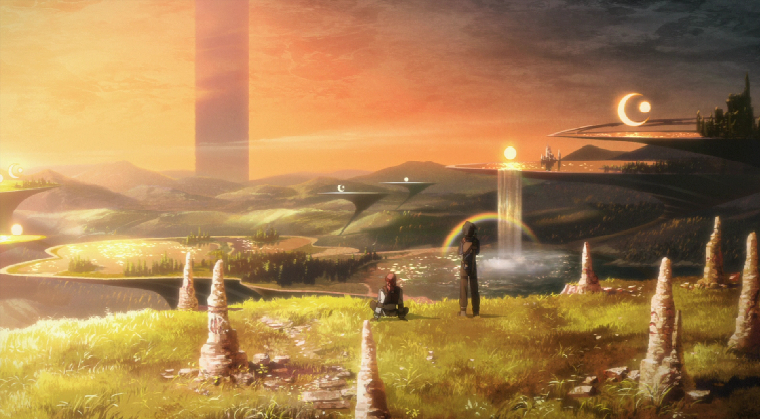 Virtual Reality can also give us a chance to experience technology that doesn't actually exist yet. We are alarmingly close to tech that rivals that in Sword Art Online (minus the potential death, that is). VR is a powerful way to teach about the amazing world of technology - and the dangers that come with it. Classics like Ghost in the Shell and Serial Experiments Lain would take on a much more urgent tone if retold through VR. 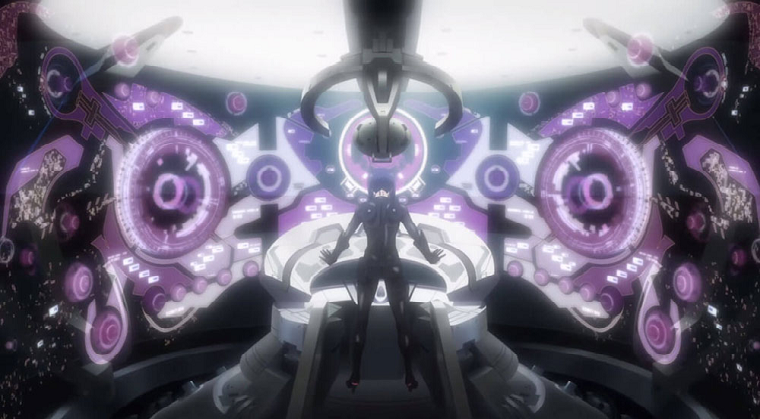 Ghost in the Shell would be even more powerful in virtual reality.

Of course, not all tech-based anime is a cautionary tale. VR can also bring the wonders of science fiction to life, allowing us to pilot Gundams like in Mobile Suit Gundam, or fly through outer space in our mechs like in Zone of the Enders. 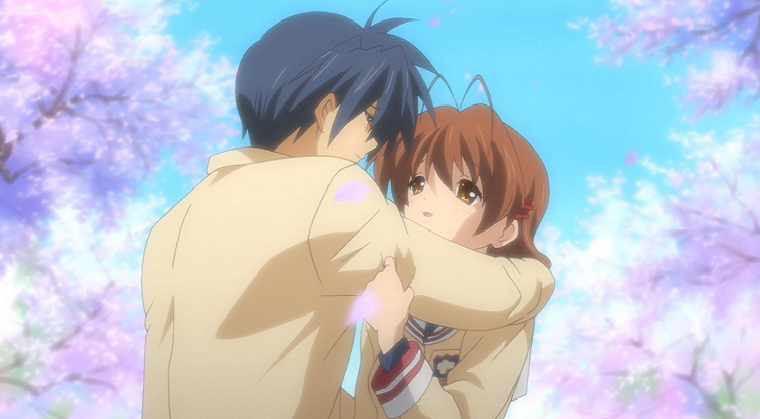 Clannad is full of heart-warming moments that would work great in VR.

So far we've only focused on mostly visual experiences. But VR has the potential to be so much more. It can make us feel! Ever wished you could place yourself in the shoes of a romantic anime couple? Soon, you might be able to relive your favorite romance or even ecchi moment.

Naturally, it won't take long for VR to slide down the slippery slope from romance to smut, but regardless of where your interests lie, the medium can be a great way to experience some heartfelt romantic moments. We'd love to see the most heart-warming moments from Clannad or the most touching scenes from ef: A Tale of Memories recreated in VR. And okay, we admit: there's definitely an appeal to being surrounded by some beautiful women in harem anime like Sekirei or Heaven's Lost Property. 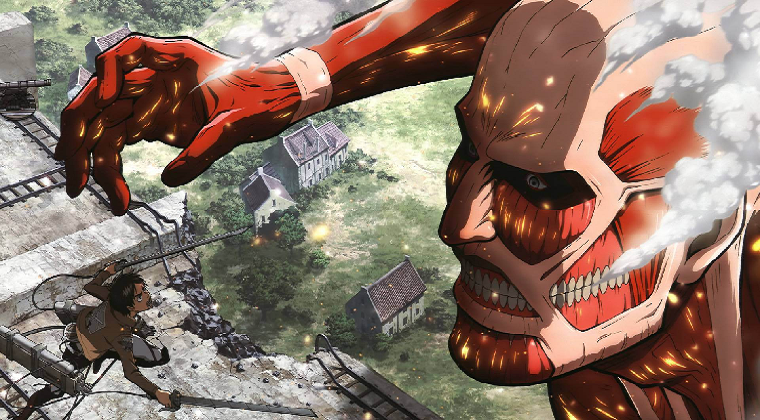 Feel the immense power of the titans in Attack on Titan!

Finally, we have a different kind of feeling - the thrill of being in the fray, right in there with all the action! VR recreations of some popular action and adventure anime would take users for one thrilling ride. You could experience the true magnitude of the Titans in Attack on Titan, practically feel the blood splatter on your face in the brutal Berserk, or even feel the burning suspense of building up a powerful attack for three episodes in Dragon Ball Z!

When it comes to anime, virtual reality has huge potential, and oh so many possibilities. It's time to get excited!

Initial D is the grittier anime equivalent of those adrenaline pumping fantasy car movies like Fast and Furious or Need For Speed. But one thing the movies and this series shares is a lineup of the sexiest cars around.