First Anime Series of Every Genre (Well, 10 of Them Anyway)

A Whole Bunch of Firsts in Anime 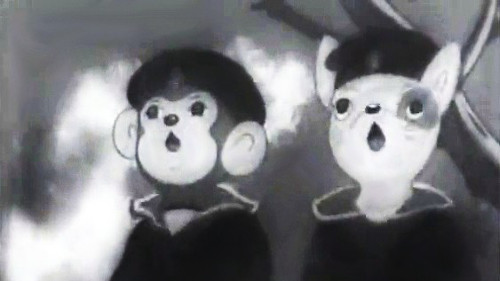 The history of anime that we know and love from Japan began in the early 1900s, starting with the 2-minute short Namakura Gatana in 1917 by Junichi Kouchi. The next major advancement made by the industry was the creation of the anime featured film in 1945, Momotarou: Umi no Shinpei (Momotarou: Divine Soldiers of the Sea). After that was the 1958 film, Hakujaden (The Legend of the White Serpent), which was the first colored feature-length anime film and the first “modern” anime by today's standards.

But while the three entries above cover the progression of anime in terms of development, it leaves out the broad categories that anime are sorted into - genres. So we'll be looking at 10 of the first anime series in a whole bunch of different genres - as well as some other pretty neat 'firsts' in anime history. Let's start! 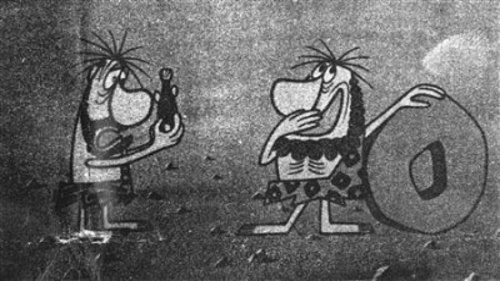 Instant History has the distinct honor of being the first anime series to air in Japan during 1961, the decade which would lay the groundwork for many more series to come. Each of the 312 episodes is a 3-minute short that has animated characters learn about various facts in history that have occurred. The second season, which has episodes run for 5-minutes each, has the series renamed Otogi Manga Calendar.

This anime series is both the first “Educational” anime series and “Historical” anime series, most likely to educate children while easing the minds of their parents. As an educational anime, it exists to inform the viewers and educate them in some regard. For a more modern anime that falls into these two genres, try Neko Neko Nihonshi. 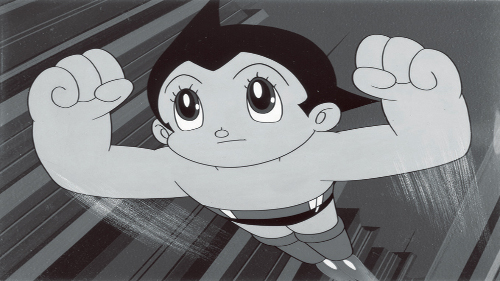 Based off the 1952 manga series, Tetsuwan Atom is both the first shounen anime series as well as the first series with each episode to run for over 25 minutes. It follows the story of Atom the robot boy as he fights threats to himself and those around him as a crusader for justice. The story is such a classic and well-known work that it has been remade numerous times over the decades, including several anime films and one ill-fated live action adaptation.

Because it is aimed for a young audience, primarily boys, it features heroic characters around the age of the target audience. The plot strives to slowly push and challenge them so they may grow, and often features high-action and comedy, things that are popular with young boys.

It also has the distinction of being the first anime series to be broadcast overseas in America in 1963, as part of a deal with NBC. It used the title of Astro Boy rather than Mighty Atom, which is the English manga title. Numerous changes had to be made to the overseas version, but it helped expand anime beyond the borders of their island nation to the extent that anime can be found around the world today. 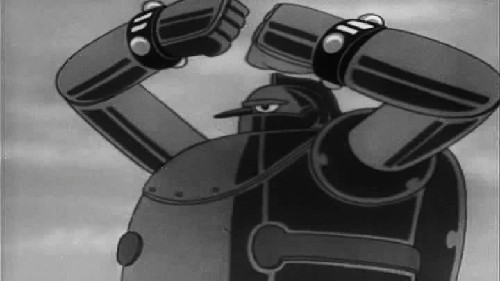 Tetsujin 28-gou, or Gigantor overseas, is an anime that first aired in 1963, based off the manga series that began in 1956. It follows the story of a young boy named Shotaro who finds the twenty-eighth model of a series of giant robots and uses it to fight crime against other giant robots, aliens, and other threats to bring about peace. This anime has spawned numerous remakes and sequels, and is the first super robot anime series.

For those unaware, the “Super Robot” genre is the category used when giant robots are primarily used in a heroic and larger-than-life manner. These are the robots that can break the laws of physics and push the boundaries of what is possible, so long as the person piloting them are determined to win or survive. A recent, famous anime in this genre is Tengen Toppa Gurren Lagann. 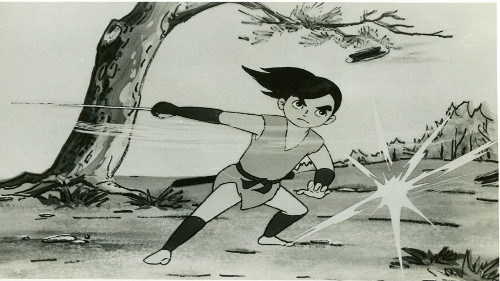 The first series to embody the “Ninja Fiction” genre is none other than Fujimaru of the Wind, or Samurai Kid depending on localization. This anime tells the story of Fujimaru, a boy who was taken in as a baby after being carted off by an eagle and taught the ways of ninjutsu. As a young man, he searches for both the mother he was separated from and a book that holds many powerful techniques.

The ninja (shinobi) has become a staple of Japanese folklore. Over time, they have gone from mere agents of stealth and espionage to immortalized masters of stealth capable of wielding supernatural powers. One of the most popular entries in this genre is the Naruto franchise, which is famous throughout the world. 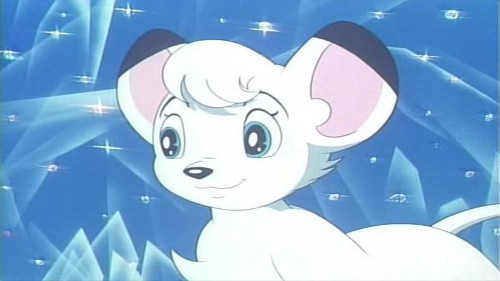 Jungle Taitei boasts the distinct honor of being the first anime “series” to be completely colored, making it a historic series in the history of anime. It is a coming-of-age story that has the young lion Leo grow into becoming a protector of the jungle that advocates for peace between humans and animals. It is also the first colored anime series to be localized overseas as Kimba the White Lion.

The “Coming-of-Age” anime genre is one where the primary focus is on the growth of a person as they move onto the next stage of their life. Most often this has children becoming adolescents or teenagers growing into adults, dealing with the trials and tribulations that come from the transition. For some examples of this, we have FLCL (Fooly Cooly) and Neon Genesis Evangelion, as both feature young boys who grow over the course of the series. 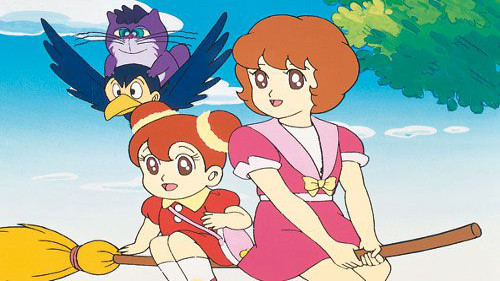 One of the popular genres in anime these days is the “Magical Girl” genre. These stories tell tales of young women, often in their teenage years or younger, either coming into magic or being handed a device meant to endow them with magical abilities. In the process, it gives them a vast amount of responsibility to go with their already hectic lives and puts them through their paces as they grow into their roles. Popular examples include Bishoujo Senshi Sailor Moon Crystal (Pretty Guardian Sailor Moon Crystal) and Mahou Shoujo Madoka Magica (Puella Magi Madoka Magica).

The precursor and first series in the magical girl genre is Sally the Witch, which aired in late 1966. The anime tells the story of Sally, a young princess of a magical kingdom that teleports to Earth to make friends. She quickly befriends a pair of girls and from there they go on to have a number of adventures. The anime’s first few episodes were done in black and white, but transitioned to color and gained a sequel and movie later on. 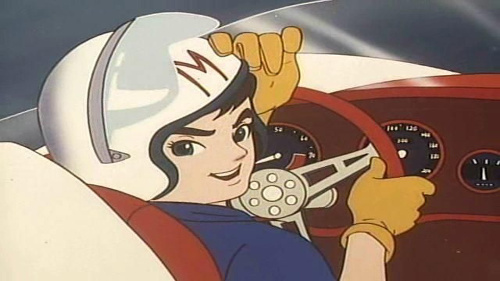 What is it that drives our actions, despite the dangers that maybe involved? For Gou Mifune, he takes to the road in the Mach 5 in order to win money to finance his father’s dream of building a brand new engine that could change the racing world forever. From there the stakes get higher and tracks get more challenging, but he continues to take them all in stride.

MachGoGoGo, or Speed Racer overseas, is the first series in the “Racing” genre, where fast cars are the norm and the racing-tracks can range from exotic locales to outer-space. One popular franchise that exists within this genre is the Initial D series, which is generally for an older audience as a seinen series. For a younger audience, there are also series like Capeta. 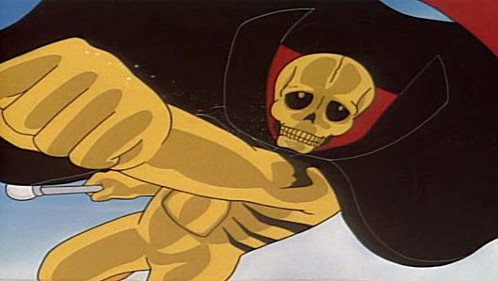 Originally created in 1931 as part of a traveling paper theater show (kamishibai), Golden Bat is the first Japanese superhero. Having been created even before Superman and Batman later that decade, Ougon Bat possesses many of the different attributes they would come to have, such as super strength, flight, invulnerability, the costume and the gadgets—albeit through magic. After the introduction of television pushed the paper theater into decline, it eventually became an anime—the first superhero anime series.

The “Superhero” genre is, as you can guess, about heroes who possess powers that are above the normal and often have some similarities to American comic books. For more modern superhero anime, check out Tiger & Bunny, One Punch Man, and Boku no Hero Academia (My Hero Academia). 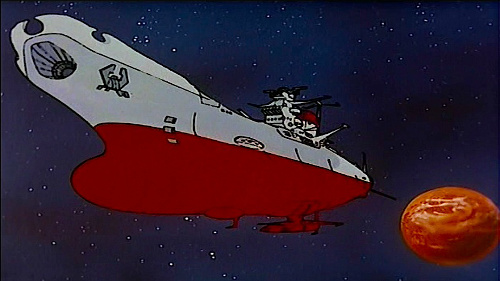 Our next entry is Space Battleship Yamato - the first of what would become known as the space opera genre - which tells us a story of a world in peril. Earth has become a radioactive wasteland due to a war between worlds, and the human race is on the verge of extinction while hiding underground. To save their world, the crew of the titular space battleship Yamato is entrusted with the task of delivering a device that can purge the planet of the radiation and save everyone.

Anime set in the “Space Opera” genre are often tales that have a primary focus on space, rather than having the extraterrestrial elements as simply a backdrop for an earthbound story. They chronicle the adventures of those who travel between planets and become embroiled in conflicts that span the cosmos. For anime in this genre, try Seihou Bukyou Outlaw Star (Outlaw Star) or the famous Cowboy Bebop. 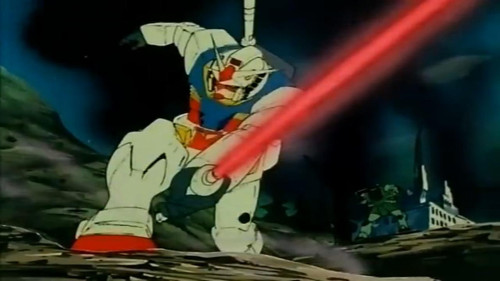 The Gundam franchise is practically synonymous with the concept of giant robots as tools of war these days, all thanks to the first entry in the franchise, Mobile Suit Gundam. The anime follows the story of Amuro Ray in a world where mankind has colonized space and a faction declares war on the existing government body through the use of mobile suits. He is an ordinary teenager until he falls into the cockpit of a powerful mobile suit called the Gundam and becomes its pilot, leaving him to become a key figure in determining the outcome of it all.

Mobile Suit Gundam is the first series that's responsible for the “Real Robot” genre of anime in which the robots are more realistic, and are there to service a more mature plot (this is in contrast to the Super Robot genre that was discussed earlier) . For more examples of this genre, try Code Geass: Hangyaku no Lelouch (Code Geass: Lelouch of the Rebellion) or some of the many other anime in the Gundam franchise - Iron-Blooded Orphans being the most recent entry and a great example.