Do you love mysteries, puzzles and ‘whodunit’ anime? Check out our collection of the Top 15 Best Mystery anime below and see if your favorite mystery anime made it on the list!

Get your notepads ready, let’s solve some (anime) mysteries! 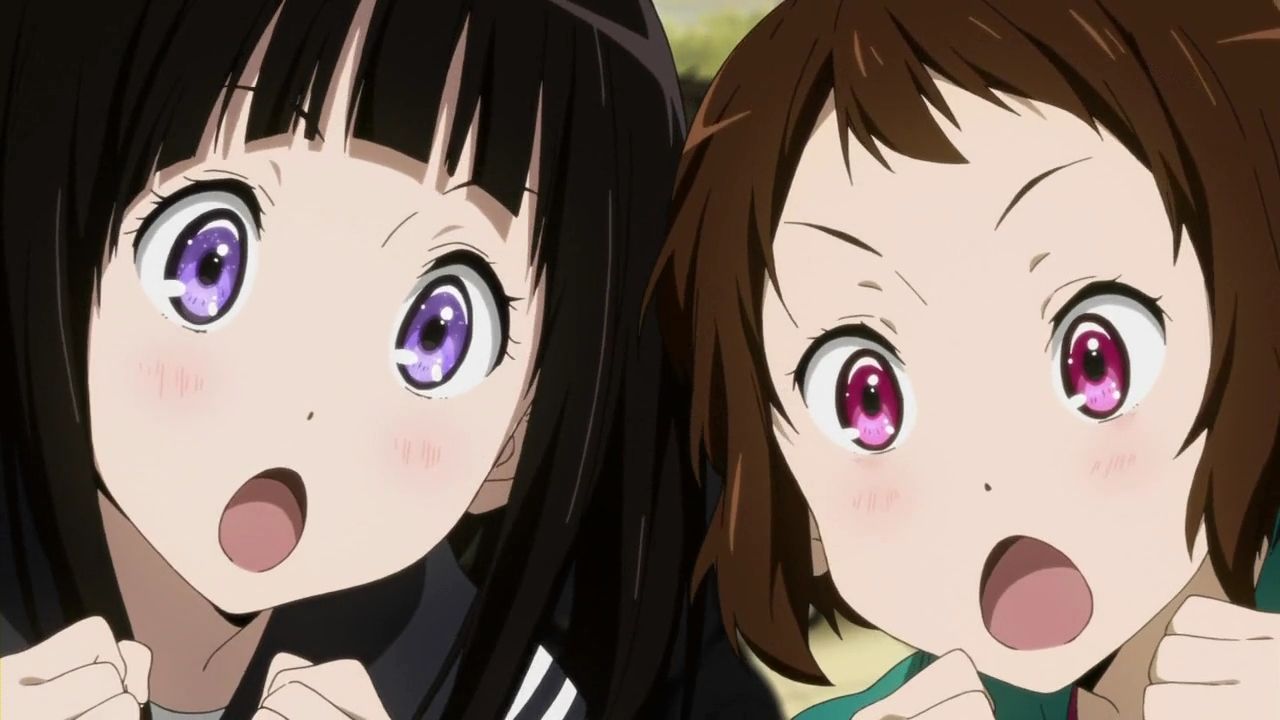 Mystery anime is usually filled with mysterious deaths, crimes, events, people or even objects. The reason why they are so fun to watch is that they always keep viewers on the edge of their seats. They are full of twists and turns that often make viewers wonder what is going to happen next. Viewers also love to follow the clues or guess how the series is going to end.

Moreover, watching mystery themed anime series allows the viewers to visit interesting and fascinating worlds. It also gives the viewers a sense of understanding about the dark side of people or how justice is going to prevail. Without further ado, here's our list of the 15 best mystery anime of all time.

Note: While not all of these entries would be considered traditional examples of the genre, they all contain a strong element of mystery to them which we felt justified their inclusion on the list. 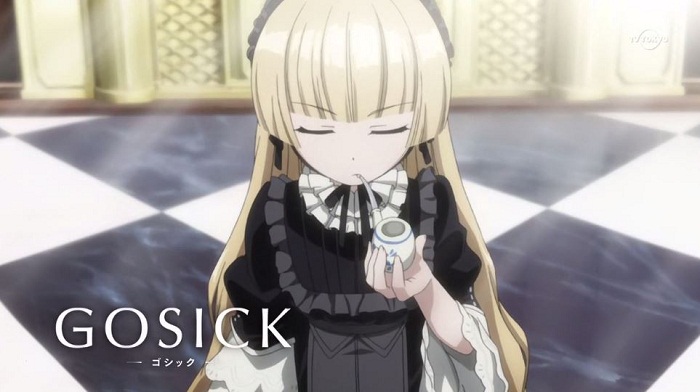 Victorique never goes to class. Instead, she spends her time reading at the library and figuring out unresolved mysteries. She later meets Kazuya, a Japanese transfer student, and they get involved in even more cases! Sure to satisfy even casual fans of the genre, despite it being a more traditional example of a mystery anime. 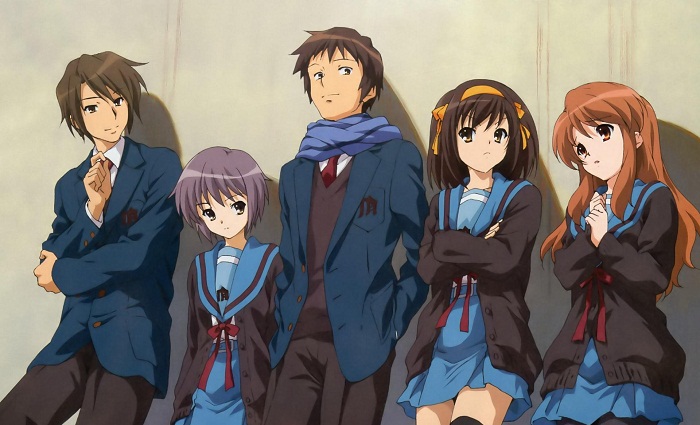 Haruhi forms the SOS Brigade, which specializes in all things supernatural. Little does Haruhi know that she holds a greater power than that of aliens, time travelers, and espers - the very things she holds such a burning interest in. 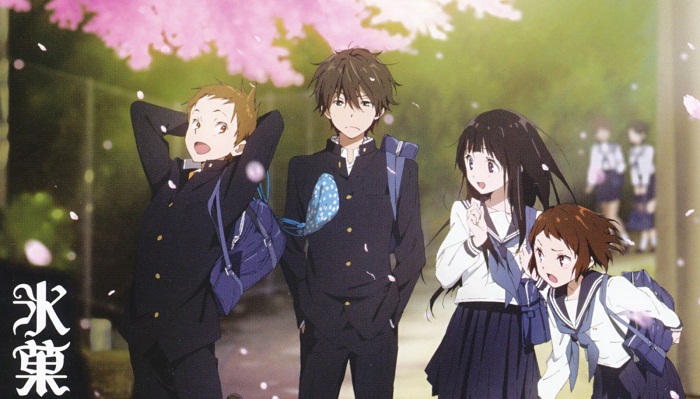 Oreki joins the Kamiyama High School’s Classic Literature Club to prevent it from being abolished. Along with his friends, they investigate a mystery involving the school’s past and the club’s anthology “Hyouka.” 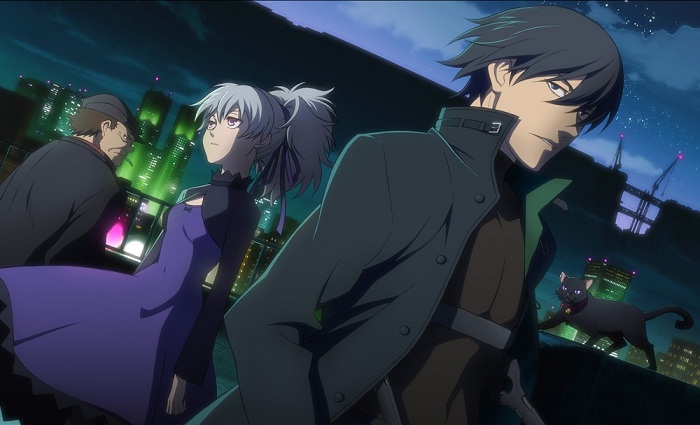 ‘Contractors,' humans with special abilities, live alongside ordinary humans. After some ‘contractors’ start to abuse their power, tensions arise between the two factions. 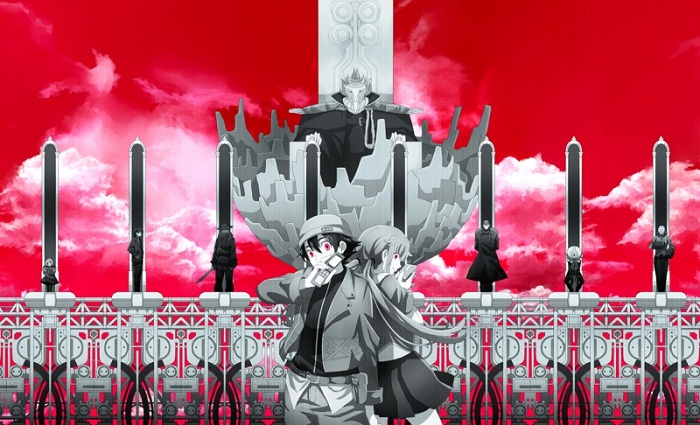 Yukki spends his time writing a diary on his cell phone and talking to his imaginary friend, Deus Ex Machina. It turns out that Deus is not just a fragment of Yukki’s imagination and that he is the God of Time and Space. He gives Yuki a ‘Future Diary’ and forces him to join a battle royale. Now, Yukki is involved in a deadly game with eleven other diary users. Will he be able to survive? 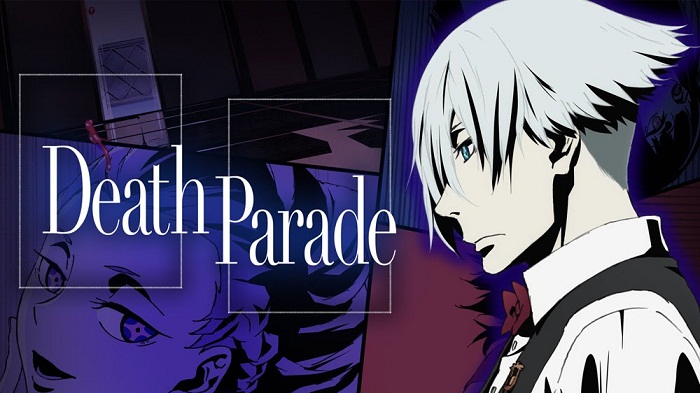 After people die, they are sent to a mysterious bar with no memory of having died. In there, they must play Death Games with (unbeknownst to them) their future on the line. An emotionless arbiter then decides who goes to into the abyss, or who would be reincarnated. But, what happens when the arbiter starts to gain emotions? 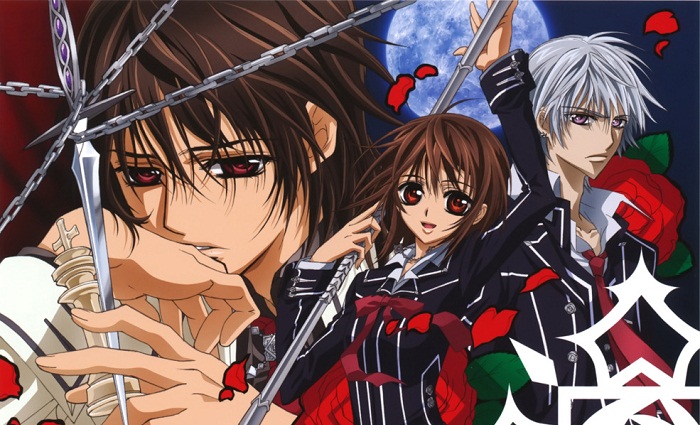 The elite boarding school Cross Academy has two different classes: the day class with normal students and the night class with vampire students. Will the humans and vampires learn to co-exist? 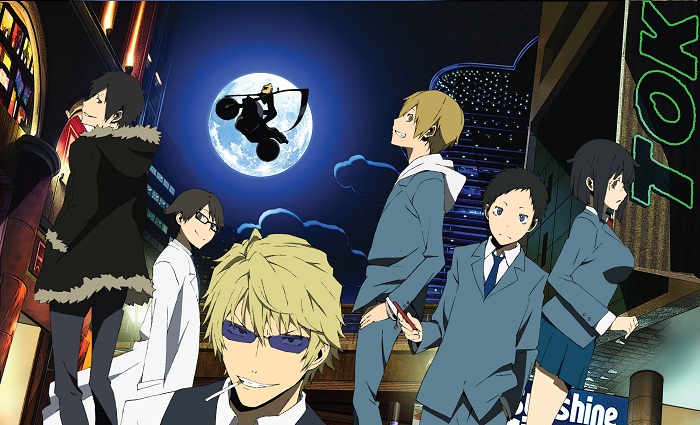 Ikebukuro is home to many curious residents, such as the mysterious gangs called ‘The Dollars’ and ‘Yellow Scarves.’ It is also home to the mysterious assailant known as ‘Slasher’ and the legendary headless rider who roams around Ikebukuro looking for her head! Durarara!! is a unique mystery anime where you'll be itching to get to have all of your many questions answered. 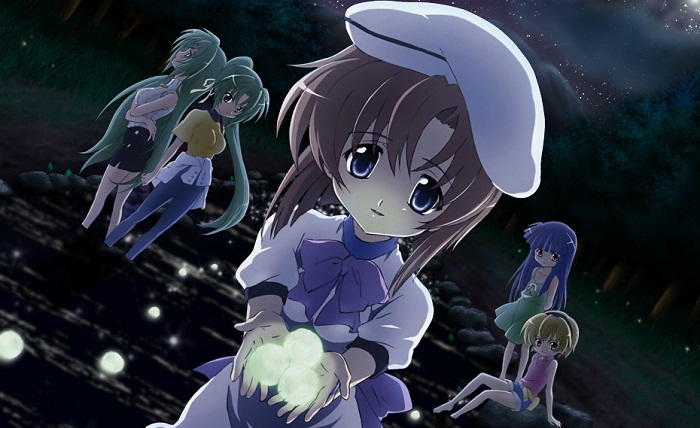 Keiichi moves into the quiet village of Hinamizawa where he meets new friends. To Keiichi, Hinamizawa seems to be a normal and peaceful village, until they prepare for its annual festival. When he learns of the legends and mysteries of Hinamizawa in the past years, Keiichi wonders about what his friends are hiding from him, or if he can trust them at all. 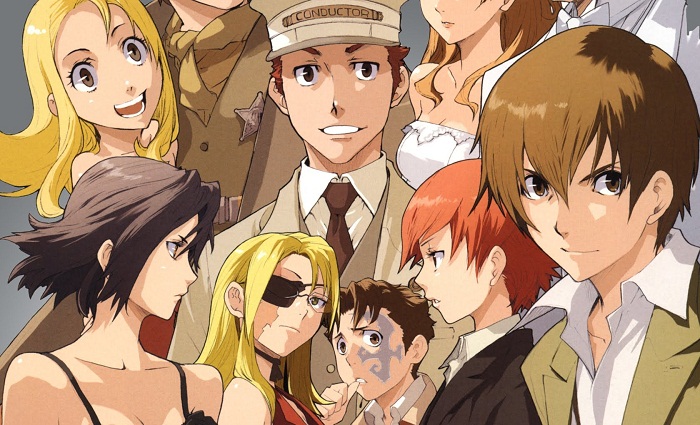 Baccano! follows the story of immortal alchemists crossing paths with American gangsters. With its nonlinear narrative, this mystery anime leaves the viewers to put this story together by themselves. 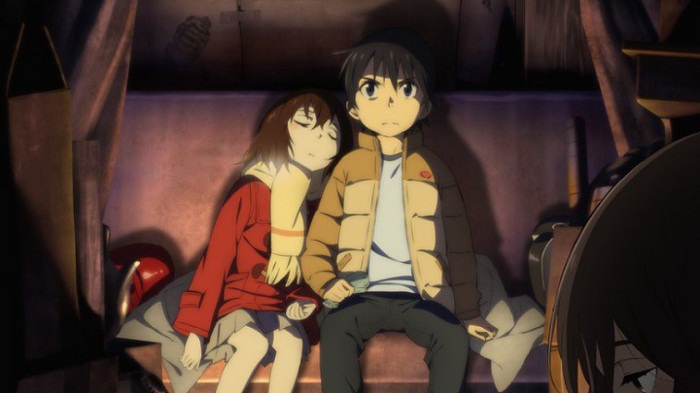 After Satoru’s mother is murdered, he is somehow sent back to the past. Satoru then realizes that he could prevent a kidnapping incident - which took the lives of his classmates - from happening. Will Satoru be able to make things right and solve an 18 year old mystery? 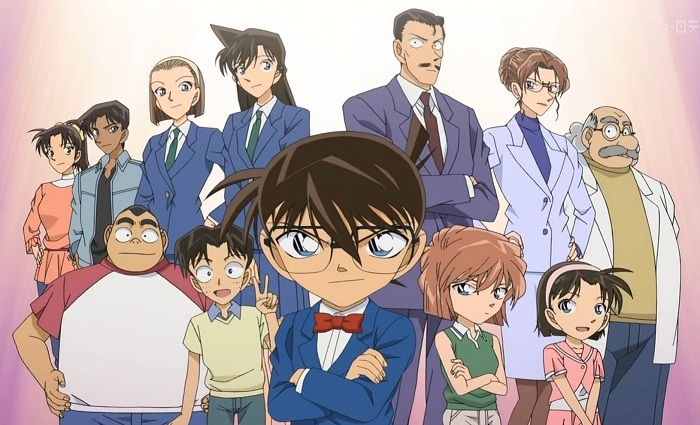 Detective Conan, known for its ‘whodunit’ theme’, follows the story of a high school detective Shinichi Kudou. He gets injected with an experimental drug by unknown individuals and later finds himself in a body of a seven-year-old child.

Shinichi, now known as Conan, helps out with Detective Mouri’s cases while he finds clues about the mysterious individuals who drugged him. But, will Conan be able to turn back to Shinichi? A mystery anime in the vein of the old classics. 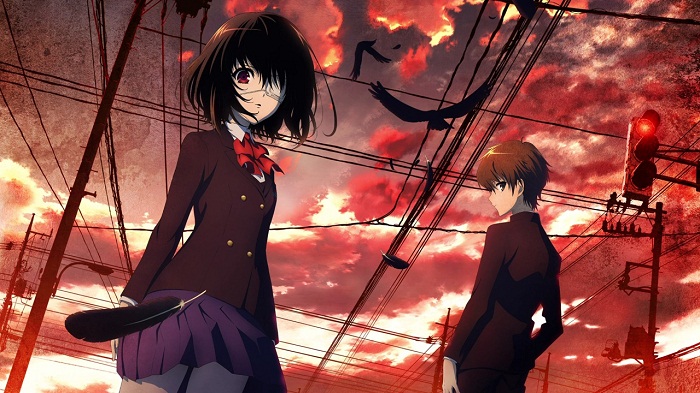 A transfer student named Kouichi befriends a classmate whom everyone seems to ignore. Later, strange accidents begin to happen to the students of the class. Will Kouichi and his classmates discover the truth behind the curse of Class 3-3? 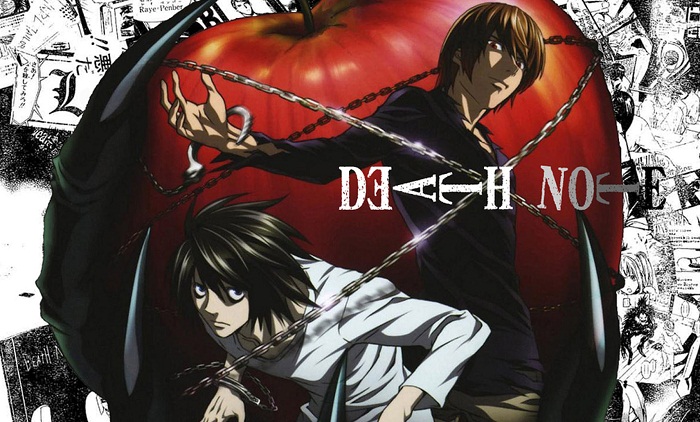 Light Yagami suddenly gets a hold of the mysterious Death Note. A notebook which kills anyone whose name is written on it. After trying it out on criminals, Light becomes obsessed with the idea of ‘creating a new world’ where he could become a god. However, one man stands in Light’s way: L, a famous detective who aims to unmask Light and punish him for his crimes. Who will win in their battle of wits? 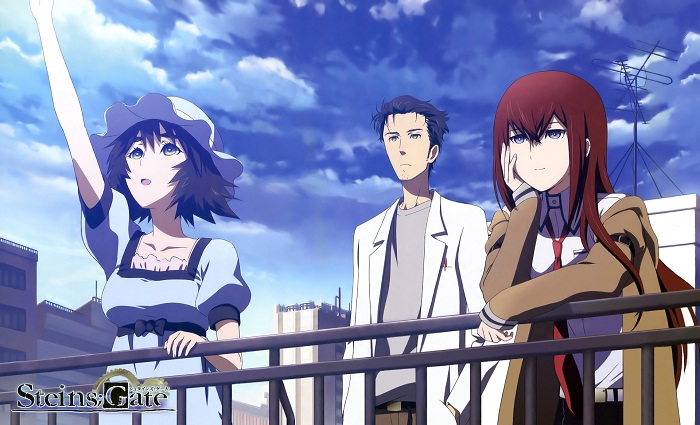 Rintarou and his friends discover that their invention, the ‘Phone Microwave,’ can actually send emails to the past. SERN, an organization that researches time travel, tracks them down. Rintarou must now go back in time to avoid certain incidents. Will Rintarou be able to save his friends?

Aside from our list of the Top 15 Best Mystery Anime, we also had some extras which we could not help but mention! 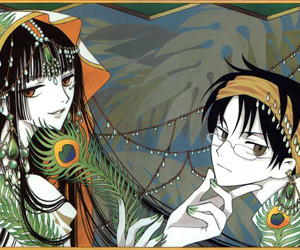 Danganronpa: Kibou no Gakuen to Zetsubou no Koukousei The Animation 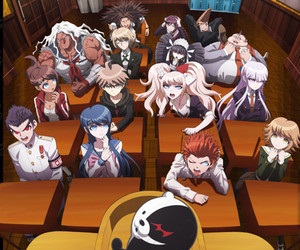 Danganronpa follows the story of Makoto and his classmates who end up being trapped inside Hope’s Peak Academy. The only way for a student to get out is if they can kill another student without being caught. Who will survive in this deadly, sadistic game? Monster follows the story of Kenzou, a brain surgeon who is facing the most difficult decision in his life: to save the life of the mayor, or to save the life a child? The decision he makes has far reaching consequences on his life, as well as the lives of those around him.