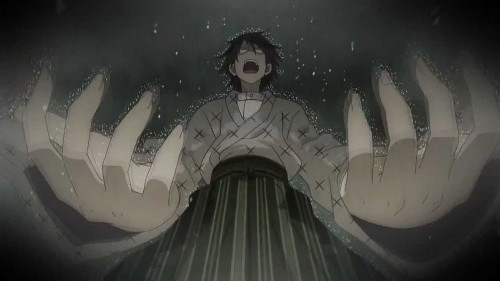 Pressures at home or in school? Feeling stressed about finding a job? Many of us have felt the pressures of society to get out and do something already. For most of us it's meant pulling the blanket over our heads and hitting snooze, at best. At worst we've taken a few days off to find ourselves and regroup.

But for many people living in Japan, societal stresses can lead to more serious repercussions. Some shy away from society's expectations and live without following the conventional rules of society. Others shut themselves away from the outside world altogether.

Welcome to the world of NEETs and hikikomori, often the butt of media's jokes, but signifying a much bigger - and more serious - problem. And of course, anime has no shortage of examples of both. 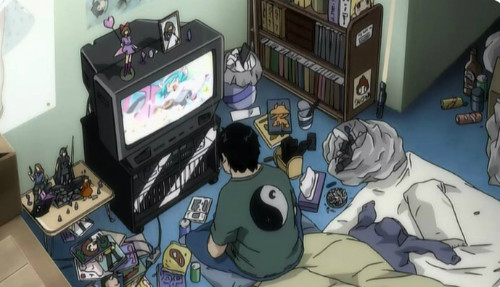 NEETs like Tatsuhiro Satou are often shown in the media as lazy slobs.

The term NEET stands for "Not in Education, Employment, or Training," and believe it or not, it didn't originate in Japan. Instead, it's a Britishism used to refer to people in the age group of 16 - 24 in the UK who don't contribute back to their society.

Once the term made it to Japan, the ages were expanded to include people between the ages of 15 and 34. NEETs are people who don't go to school, work, or even housework, and are generally considered as society's moochers.

The media usually portrays NEETs as lazy and home-bound by choice, but the truth is a bit more complicated than that. A shifting work culture, a rigid system and increasing rate of unemployment, and many other factors contribute to people becoming NEETs. So although a NEET might seem like he's having a great time playing video games, think of it like smoking the stress away. It's only enjoyable in the sense that it lets you forget about your problems for a bit. 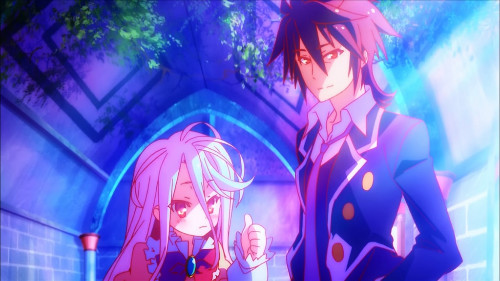 Sometimes a fantasy world is easier to deal with than the real world, like it is for Sora and Shiro.

Anime takes a number of different spins on the portrayal of NEETs. In some cases anime takes the media's side and shows NEET characters as being lazy otaku who reject work in favor of adding to their scantily clad figurine collection.

The character arcs in many of these anime are about overcoming the laziness and going to get a job already. An excellent example of this is Tatsuhiro Satou from NHK ni Yookoso (Welcome to the NHK), who struggles with finding his place in society as a NEET throughout the series until he decides to give up and just do what's expected of him.

Other times, NEETs in anime are extreme gamers like Sora and Shiro from No Game No Life, for whom gaming is an escape from the realities and responsibilities of life.

Not all NEET in anime are shut-ins, though, and some, like Keima Katsuragi from Kami nomi zo Shiru Sekai (The World God Only Knows) lead quite productive lives while still not adhering to society's rules. Keima is always playing dating sims... on many devices. He actually has an agreement with his teachers to let him play his games in school as long as he passes his exams.

Once a NEET, or any other character, actually stops going outside or interacting with society, they become a different matter altogether: a hikikomori. 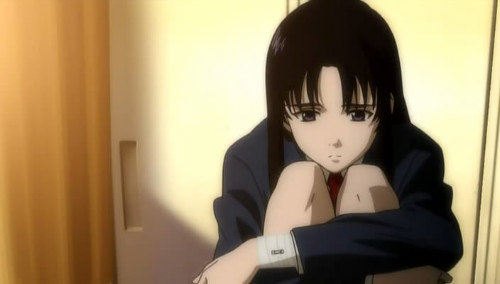 Hikikomori like Takumi Nishijou's brother can have a serious effect on the lived of their loved ones.

The term hikikomori literally means to "pull inward" or to "be confined," and that's essentially what it refers to. A hikikomori is a young person who has withdrawn from society to the extent of actively avoiding any interactions with other people.

Unlike NEET, which is more of a convenient word for the media and politicians, hikikomori is an actual term used by psychiatrists and the Ministry of Health, Labor, and Welfare in Japan. According to the ministry, a hikikomori is a person who refuses to leave their house for longer than six months, effectively cutting themselves off from the rest of the world. Those affected are people who can't handle the pressure of school, work, or other societal expectations. Instead of dealing with the pressure and working through it, they shut down and withdraw.

Hikikomori are stereotyped as young, but according to data from 2010, the average age of the approximately 700,000 hikikomori living in Japan was 31. A portion of these individuals had been living in isolation for over 20 years. According to Japanese government, an additional 1.5 million people are at risk of becoming hikikomori.

While NEET are widespread throughout the world, the concept of hikikomori taken to this extreme scale is a product of several aspects of the Japanese culture. Between the expectations of your parents and others in your life to dedicate your life to a career, and the fact-crunching, merciless testing system for getting into quality schools, there's a lot of pressure beating down on young people in Japan today. Once they shut down and become shut-ins, it can be difficult to break away from the cycle. 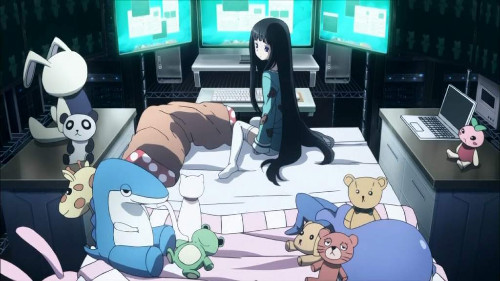 Why leave your house when you have everything you could ever want right here, like Yuuko Shionji clearly does?

Not surprisingly, many hikikomori in anime are devout gamers, turning to a fantasy world to relieve the pressure they feel. ChäoS;HEAd's Takumi Nishijou is a borderline case. Takumi lives in a shipping crate full of anime figurines, which he believes talk to him, but he still manages to get out and interact with the world just enough to stay on people's radar. He shows up in school only enough to pass, since he literally counted out the minimum amount of credits he needed.

Sometimes it takes more than your usual stress and pressure. Some anime characters become hikikomori after they experience a traumatic experience. In the case of AnoHana, Jinta Yadomi withdraws from society after his friend dies in an accident. The withdrawal is Jinta's way of dealing with the guilt and stress of losing someone he knew.

Welcome to the NHK covers this aspect of society's outcasts as well. Megumi Kobayashi's brother is an extreme hikikomori, barely leaving his room and requiring Megumi's constant mothering to survive day to day. Megumi's brother is such a burden on her, even leading to her getting involved in a pyramid scheme, that he serves as a sort of warning for Tatsuhiro of what he might become if he continues to pull away from society.

Like NEETs, some hikikomori are played for laughs, like Kiri Komori from Sayonara Zetsubou Sensei, who was forced to leave her home and take up residence in the school instead, and hasn't left since. Kamisama no Memochou (Heaven's Memo Pad) has an entire army of NEETs and hikikomori who use their copious amounts of free time solving crimes and ousting drug lords (which, in a way, negates the meaning of a NEET).

And then there's the resident Amars hikikomori from Kuragehime(Princess Jellyfish), Juon Mejiro, who is such a shut-in that she doesn't even merit a page on MAL.

So… What IS the Difference?

If you got this far, you're probably getting a sense of some of the nuances of these two terms that the media and anime love to throw around. But what exactly is the difference between a NEET and a hikikomori? As Kiri, Juon, and a number of other characters demonstrate, hikikomori are perfectly capable of holding down a job. Their issue is their inability to physically face the real world. NEET, on the other hand, are by definition jobless, but can and do come out to interact with society.

"But neither in our old world, nor in any other, will Blank ever do any work!"