Cory in the house is the greatest anime of all time 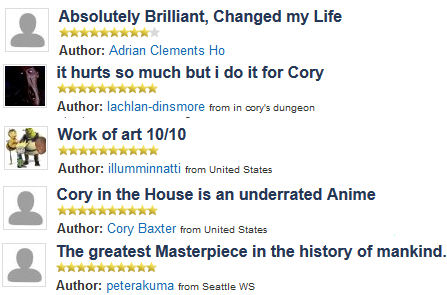 Here in MAL, we are given the power to rate and critique all the anime that we have already watched. So what's the best anime for you so far? Is the protagonist inside the house? Is his name, by any chance, Cory? Well you're not alone. According to various sites in the web, Cory in the House is considered the greatest anime of all time. The experience when watching this show is just simply amazing. It changed the life of so many people. What seems to sound as the greatest anime ever broadcasted on screen only has one problem―it's questionable identity as an anime.

What is Cory in the House? 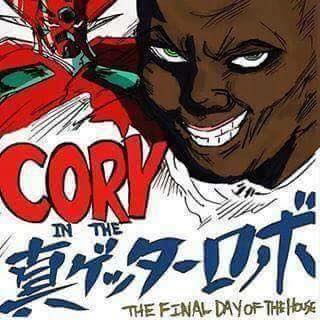 What is the anime about? Cory White House de Chou Taihen! aka Cory in the house (コーリー ホワイトハウスでチョー大変!) is a Japanese TV show that has an extremely popular English dub. According to an anonymous person in IMDB, the show is set in the year 2350. Japan is currently in war against two superpowers, the Russian Federation, and the United States. With the prime minister of Japan assassinated, Cory Baxter and his friends were left to lead and defend Japan by themselves.
Wait what? Now this is clearly getting out of hand. Here's the point where we should just stop kidding ourselves. Let's start with this: Cory in the house is not an anime!
What is it really, then? Cory in the House is actually an American TV series aired on the Disney Channel. It's a spin-off show of That's So Raven, another Disney series with Cory's sister Raven as the protagonist. The show follows the daily life of Cory Baxter after his father got accepted as a chef inside the White House.

How did it became an anime?

So how did a live action series from Disney end up as the greatest anime of all time? The explanation dates back to the year 2007. A certain YouTube video entitled "TOP 27 ANIME BOOBS" was uploaded. It was clickbait. Instead of the expected oppai-licious anime content, viewers were forced to watch Disney's Cory in the House's OP synced to a mocking tune from Megaman 2. This prompted Cory's internet popularity, and spawned a lot of memes trying to convince people that it's the best anime ever.


cory in the house


After several years, another video was uploaded, this time by a popular YouTube celebrity named Filthy Frank. The video talks about "weaboos", which Filthy Frank defined in the video as a non-Japanese person that denounces their own culture and calls themselves Japanese. In one part of the video, Frank mentioned Cory in the House as one of his favorite anime. With this, Cory's popularity was rekindled, and even now it still lurks in the suggestion box of MAL's database.

Cory in the House OP

Cory in the house anime
When you ask a Cory in the House fan what the OP of the series is, these two clips would probably be the answer. This first one looks so official and sounds very well-made because it's really the Japanese version of the Disney show.


Cory in the house anime
This other video however, is a masterpiece. Using Evangelion's opening theme, the editors made an almost too convincing OP by plastering Cory's face into the background and replacing Shinji in some certain scenes.

Cory in the House will never be an anime 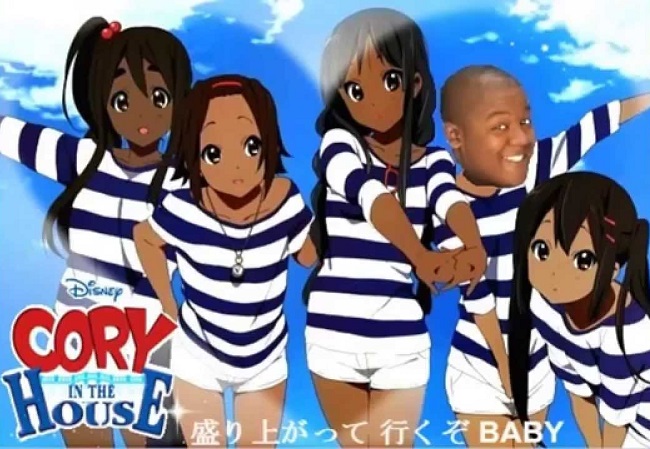 No matter what we do, there's no chance for Cory to ascend into the anime world. These also applies to Avatar, Thomas the Tank Engine, That's so Raven, Drake and Josh, Seinfeld and many other shows we've started calling anime. May as well enjoy the shows as what they really are.