Crossdressing in anime is mainly played for laughs and giggles, but you might be surprised at the depth some anime crossdresser characters exhibit, each with their own reason for dressing the way they do. Let's explore this complex theme with the help of some of our favorite gender benders! Our entertainment is a reflection of our current culture and society, which is why it’s always interesting to see how anime and other media deal with certain subjects. Crossdressing is one subject that’s been adopted by anime in many ways and for many reasons. The "male crossdressing as female" (gender-bender) trope, in particular, has become more mainstream, appearing in popular entertainment, among the cosplay community, and, of course, in anime.

Anime appearances of crossdressing men and women is a mixed bag, depicting different reasons and reactions to the act. Most crossdressers in anime are accepted, many are sexualized, and a small but important section actually provide a glimpse into the realities of crossdressing in Japanese culture. Hideyoshi (picture above) may be one of the most famous examples of an anime gender-bender, but there is so much more to this complex genre than just one beautiful boy. 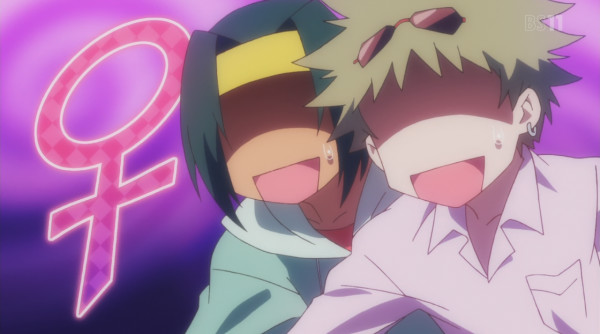 Most of the time, when a man is shown dressing as a woman, it’s played for laughs and the crossdressing man embarks on hijinks stemming from his outfit. Wearing a dress often helps the man fit in with a group of women who don’t quite accept him as one of them, but do accept that he is harmless and kind of appealing in spite of (or maybe because of) his manner of dressing. Sometimes this gives the women an excuse to touch and talk to the guy in a way they wouldn’t if he weren’t wearing a dress, like the near sexual abuse level of attention given to Hime Arikawa from Himegoto (picture above).

When an attractive man becomes an even more attractive girl, beware, for it’s a trap! Trap characters like Ruka Urushibara from Steins;Gate make men (and women) question their attraction to them. What if that beautiful woman is actually a man? Suddenly it doesn’t really matter anymore. Japanese culture as a whole is generally accepting of crossdressing for comedy, seeing it as silly fun. There was even an entire television show segment called Josou Paradise (picture above) dedicated to transforming guys into cute girls. Several Japanese comedians also adopt female personas for their stage acts, like the late Yasuo Saitou (aka Yakkun), who had several female personas and even started a cross-dressing band called Bijomen Z (picture below). Meanwhile, the trans community is slowly gaining more rights and acceptance from the people and government. In the past decade, transgender people and students have gained a set of new rights, including the right to legally change their official gender and the right to choose which school uniform they wear. 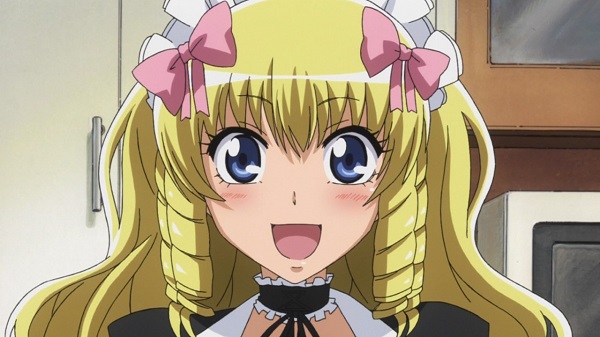 Even the infamous crossdresser of Kaichou wa Maid-sama!, Aoi Hyoudou, has his reasons for dressing the way he does.

Regardless of the way people in real life and in anime react to guys and girls dressing in clothes for the opposite gender, the people actually doing the crossdressing have a number of different reasons for doing so.

Here are some of the best anime crossdresser!

Sometimes anime characters crossdress because they have to. This trope exists outside of anime as well, in the form of a boy or a girl who needs to dress as the opposite gender in order to achieve something. Sound familiar? Disney utilized the concept in Mulan, and plenty of anime do it too.

Because of their nature, characters who crossdress out of necessity must usually keep this a secret from others. Of course things happen, and people find out, but at the end of the day, many of these characters find that people who believed they were one gender love them just as much when they find out the truth. Perhaps the epitome of a trap, Mariya is a boy who dresses like a girl to attend an all-girls school. He does so to win a bet against his twin sister Shizu... who is crossdressing as a boy in an all-boys school.

From: Otome wa Boku ni Koishiteru (Otoboku: Maidens are Falling for Me) Mizuho must dress like a girl to attend an all-girl’s school, as stipulated by his grandmother’s will. Nagihiko makes such a convincing girl that most people don’t know he’s really a male. Later in the series it’s revealed that he dresses like a girl because of his family’s tradition of training to become kabuki actors.

When crossdressing is played for laughs, it’s often because someone (usually a guy) is forced to dress in clothes generally designed for the opposite gender. There’s usually embarrassment and some level of perversion involved, but sometimes the guys discover that maybe dressing like a girl is… kind of nice. Who could have guessed?

From: Kore wa Zombie Desu ka? (Is this a Zombie?) 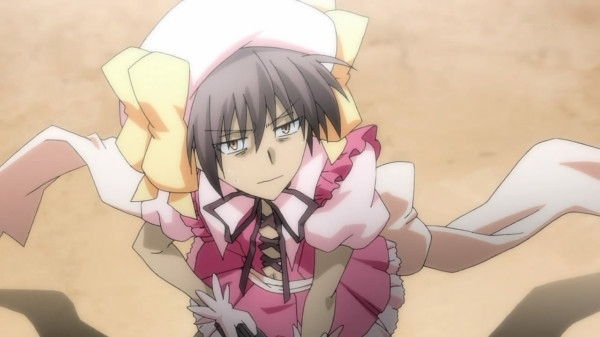 In return for being resurrected, Ayumu has to help his savior by assuming her duties as a magical girl, frilly dress and all. Hijinks ensue. 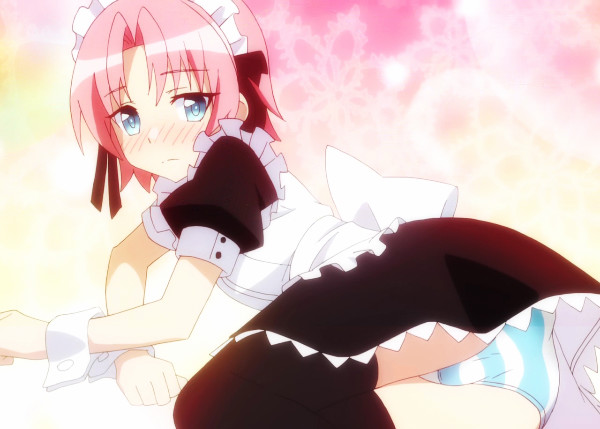 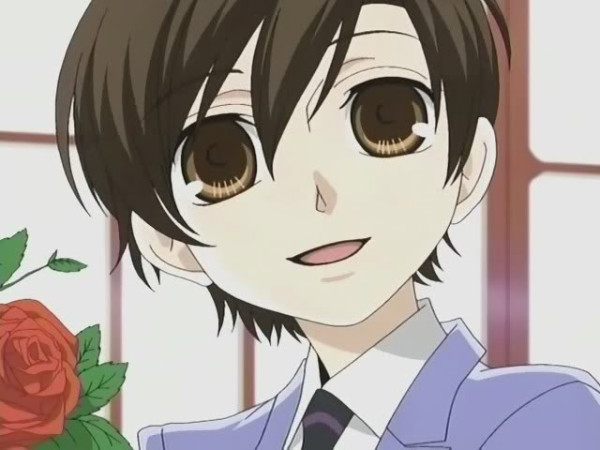 Haruhi is forced into dressing like a man as punishment, but she later becomes a full-fledged (male) member of the Host Club. Kuranosuke dresses like a girl to rebel against his family, and to escape unwanted attention. For him, being a women is the only way to be free from the chaos around him. 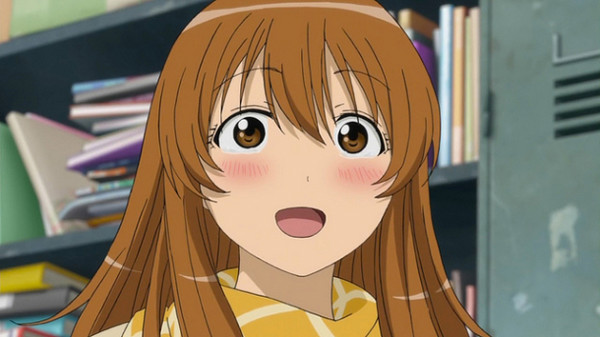 Kenjirou's love for yaoi and boys love doujinshi has led to him adopting a female persona, but only during club meetings, of course. Ritsu started crossdressing because it made him feel more comfortable than being himself. He uses his crossdressing to escape from his parents’ scrutiny, and feel like he is worth something more.

Finally, there are some anime characters who dress like the opposite gender because that’s the gender they identify as. The anime world has managed to portray several trans characters in a realistic light. 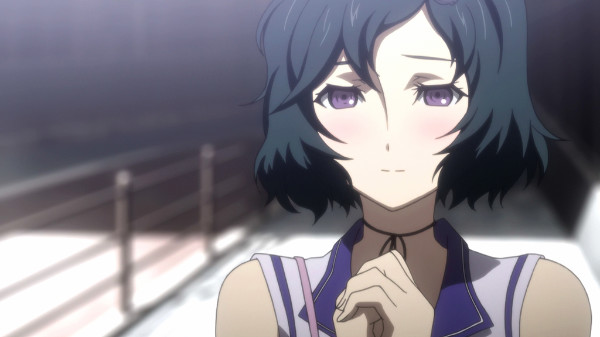 Ruka dresses and looks like a girl, but is actually a gentle boy. He is so distraught at being a male that he wishes he were born a girl, and actively tries to change the past to make that happen. 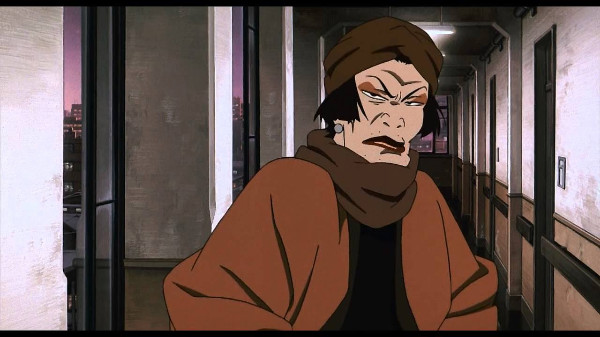 Hana is a woman, through and through. She is a former drag queen with a kind heart and a strong motherly instinct. 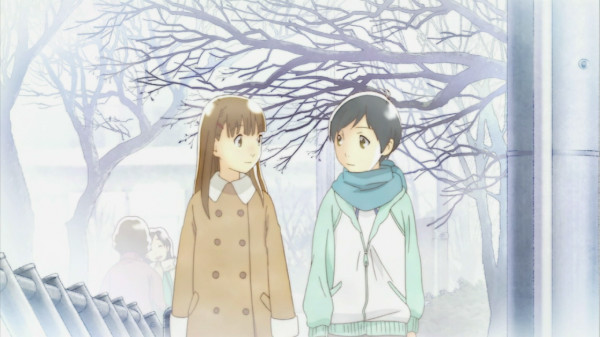 Shuuichi and Yoshino share a similar problem: they identify as the opposite gender. Together, they go through school and overcome the obstacles of having a gender identity that is different from their biological gender.

Check out the LGBT and gender-bender anime articles for more insight into the different types of characters in anime!