In this week's Prison School, a miniature toy crescent blade travels from the toilet floor to someone's mouth, and there is hell to pay for that. Also, a new character is introduced and Shingo gets all flustered watching them eat ice cream! 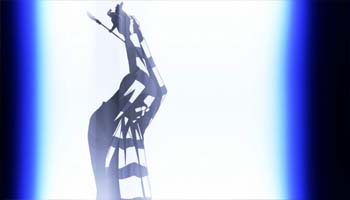 In this episode of Prison School, the DTO plan targets Gakuto, and the toy figurine he sacrificed seven years of his school life for. Shingo hands the necessary information to Meiko, during one of their "food meetings" where Meiko teases Shingo with delicious food, and she eventually finds the figurine in the bathroom closet. Mari immediately uses it for her DTO plan, and stages her next attack the following day. It is as heart-breaking you'd expect, when the inmates line up and Gakuto's precious figurine is revealed to everyone. He is forced to choose between his figurine and the inmates, because claiming that it belongs to him will extend their prison sentence. Gakuto tries to deny it, but Meiko is especially mean with handling the figurine just to rile him up. Gakuto soiled himself in a class to obtain that figurine, and even had his hair shaved off, and now Meiko is simply toying around with his emotions. It comes to a point where Kiyoshi thinks to himself that Gakuto should just confess, rather than see Meiko destroy the figurine. Gakuto has no choice but to take the figurine away from Meiko. Mari is pleased knowing that Gakuto just confessed with that action, but he holds the figurine above his head... 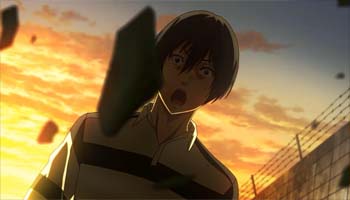 ..and smashes it to bits. Everyone is shocked knowing Gakuto chose his friends over his precious figurine. Mari's plan failed, since she completely underestimated Gakuto. Instead of having him succumb to her mind games,Gakuto gains the resolve to stand by Kiyoshi and support him all the way. As expected, the DTO plan is strengthening the inmates' bond rather than get them expelled. 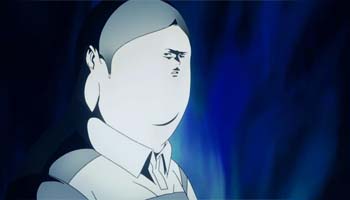 Andre, the big guy with a small face, is also targeted in this episode. Meiko is intentionally not giving him punishment for his insubordination, and it's killing him inside since he enjoys pain the most. He even keeps a diary of the punishments he receives, and the child-like content slowly become more serious as days pass without him getting any physical pain. Mari enjoys that fact, as she announces the final stage of her DTO plan. 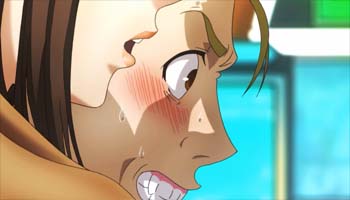 Shingo is given a chance to get out of prison, when he is ordered to buy some items from a grocery store, and he meets a second year student who immediately shows interest in him. The anime introduces a new character named Anzu, and it looks like she is a potential love interest for Shingo. Unlike Kiyoshi and Chiyo, this relationship is more forward since Anzu is taking the lead. She's a second year student, so she seems to treat Shingo as a junior she can play around with. This is an interesting development, because Shingo might instigate the next prison escape when the Underground Student Council uses his relationship with Anzu as bait. He's still stubbornly treating Kiyoshi like an enemy though, despite the others forgiving Kiyoshi of his wrongdoing. It's rather hypocritical of him as well, since he is getting special privileges without the other inmates' knowledge. He is even responsible for selling out Gakuto, when he reports that Gakuto is doing something suspicious in the bathroom. It'll be interesting how he'll act when all of his secrets are exposed to the other inmates. 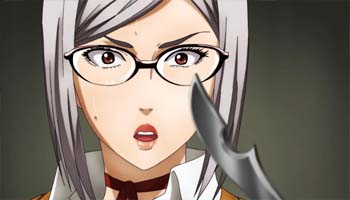 Meiko is also given the spotlight in this episode. Most of the female characters have not been the focus of the story before, but this episode is different. Meiko failing to get Gakuto to confess, since he helped Kiyoshi escape prison, lands her on bad terms with Mari. She worships the president of the Underground Student Council, so she is devastated when Mari starts ignoring her. It's interesting to see the DTO plan fail, as it creates tension within the Underground Student Council rather than the inmates. 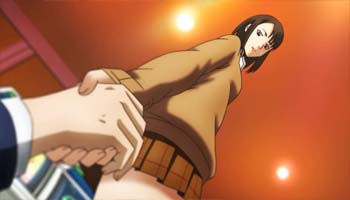 The DTO plan's attack on Andre might fail, and this may lead to the inmates figuring out the plan to expel them. With Kiyoshi leading the pack, the inmates might create a plan to get back at the Underground Student Council.

Anzu seems to have ulterior motives, since she shows special interest in a guy she met in an arcade, and she might manipulate Shingo into doing something he might regret later on. He is both stubborn and stupid, so it's only a matter of time before he receives the proper consequences to his actions.