Sometimes they're awkward, sometimes they're downright hilarious. Here are some of the most "impressive" examples of Japanese characters doing their best to speak English in anime. No laughing.

Chances are that if you're an avid anime fan, you've most certainly come across a few examples of mangled English spoken by Japanese voice actors. They can range from passably understandable to the "what the heck did I just hear?" level. Although the overall quality seems to have improved in modern anime, it's still a fact that a lot of voice actors' English speaking skills make for some cringing half a world away.

The following are ten examples of some awkward (and sometimes hilarious) attempts to speak English. The last one will really shock you.

Starting off gently at number one is Rin Matsuoka meeting his homestay parents in Australia. We should all be glad the Aussie pair were played by native English speakers.

Engrish as a Second Language in Anime Squid Girl

Moving on to Squid Girl, who has mastered English to further her own nefarious scheme. Taking over the world, one English speaker at a time!

If you need to show off your characters' amazing English skills (or lack thereof), throwing in a random, lost foreigner will surely do the trick.

Engrish as a Second Language in Anime Angel Beats - T.K.

Okay, so maybe Kaji's Engrish can be forgiven thanks to that cool sign-off at the end. He still sounds a bit like a speech synthesiser though.

Engrish as a Second Language in Anime Steins;Gate - Rintarou Okabe

Protip: Don't joke about invading America. Even if you're a mad scientist.

At least a third of this episode was conducted in English, consisting of this interview between Professor Saikawa and Magata Shiki's sister.

That moment when a book passage recital sounds like a chant for the dead. It's probably meant to be deep and meaningful, but unfortunately, it just sounds garbled.

Engrish as a Second Language in Anime Detective Conan

Wait... wasn't this supposed to be about bad English speakers?!

Honourable mentions have to be made for those series which don't put up Japanese subtitles during English segments. They put a lot of faith in their audiences' ability to understand the speech - or maybe it's a case of "as long as it sounds foreign and incomprehensible, it's good". Whichever the case, some lines from those brave productions will be forever up in the air to us listeners. 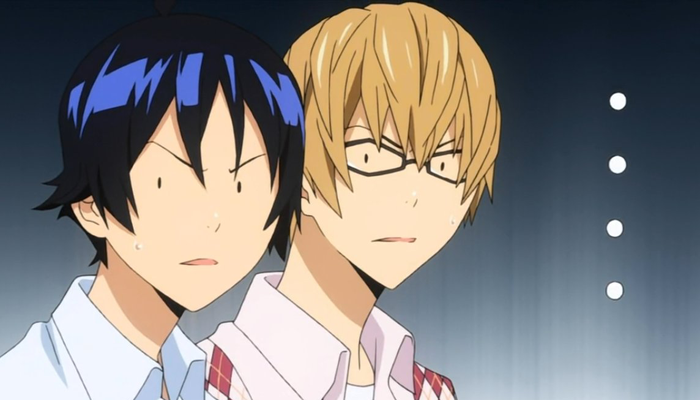