Avid fans of anime often wonder how similar lives portrayed in virtual stories are to real life in Japan. Although some things are certainly beyond the realm of reality altogether, when it comes to the core of anime compared to reality in Japan, the similarities can be quite vivid, but not always.

Does the world of anime intertwine with that of real life in Japan? 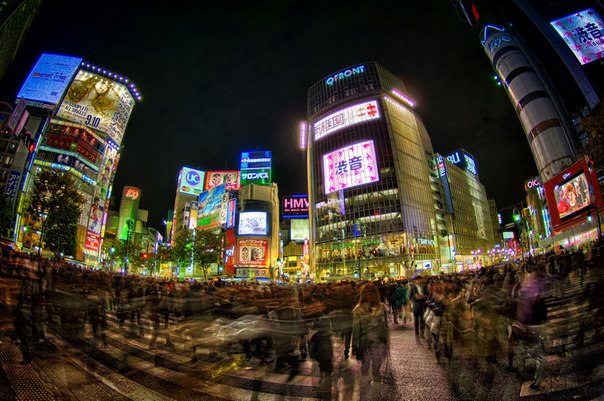 Every year, many students and potential workers come to Japan for a variety of reasons: new opportunities, adventure, travel and exploration of one of the most intriguing countries on Earth. However, among these new arrivals, there are many who come with an anime image embedded in their minds, who expect to see a near perfect representation in real life Japan as they do on the fictional screen. Although they may be disappointed on some levels (when they are not immediately greeted by the fantastical elements of anime), on others they will often see glimpses of anime in real life in Japan.

Anime fans come to Japan for the scenery, food, festivals and more!

Unsurprisingly perhaps, the scenery, food and festivals that are shown in anime are very much identical to real life in Japan. This also includes the atmosphere that surrounds them. While rural Japan has gorgeous valleys, bamboo forests and tiny temples in very high places, big cities like Osaka and Tokyo are covered in kawaii advertisements, neon lights and oceans of people. The serene setting from Byousoku 5 Centimeter (shown below) is a beautiful portrayal of an actual location in Japan. 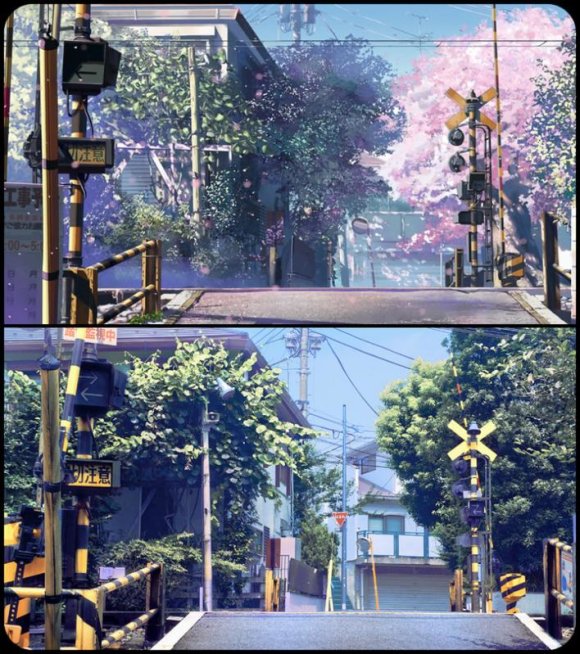 In Japan, being able to taste the delicious foods of anime is also a wonderful treat! The okonomiyaki shown below is a famous food from Osaka that looks just as good in real life as it does in the anime Shirobako. 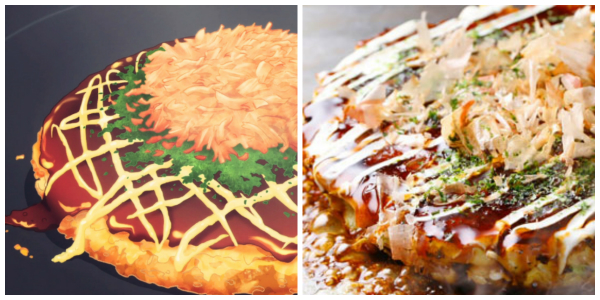 How does the behaviour of characters compare to that of real life people in Japan?

In terms of the humour in anime, it is very much tailored to the Japanese audience. Although the facial expressions and body movements are of course exaggerated in anime (I've seen a few Japanese comedians who could pull it off though), the insults, naughty humour, and light smacks on the head are quite frequent among friends. Christmas is a big deal, Valentine's Day is a huge deal, and you are, at all times, expected to show respect for your senpai (or risk feeling their wrath).

Also, when it comes to the massive insects that live in Japan, people here are fearless! There's a "Palmtop Tiger" (Toradora) in everyone!

In anime and in real life, friendship is magic!

Although the idea of friendship being able to solve everything in anime has become quite the cliché, when it comes to Japan... well, the motive is still pretty strong. Perhaps not friendship as much as 'teamwork'. As a society, Japan focuses a lot of its attention on teamwork and the importance of everyone sticking together, whether it's at work, sports, school, etc. Receiving compliments is usually automatically transferred to other people who were also a part of someone's success. This is definitely the case when it comes to the dream team from Haikyuu!! shown below. 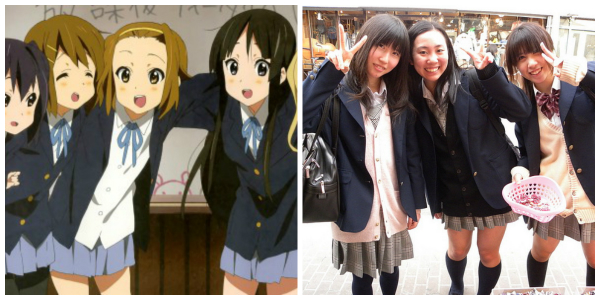 Bigger cities are much more adventurous when it comes to fashion than other parts of Japan. Dyed hair, eye-catching fashion, and creative make-up are much more likely to be seen in Tokyo and Osaka than in any other part of Japan. Although I have seen cosplayers in Tokyo on a daily basis, in other parts of Japan, the anime extreme is not so extreme. Super short school uniform skirts are highly unlikely in an actual school setting, panties don't flash out of nowhere, and overall people are very fashionable, but not in a shocking manner. The girls from K-On! would probably fit into the "city girl" genre.

Overall, Japan is a great country, not a great anime. 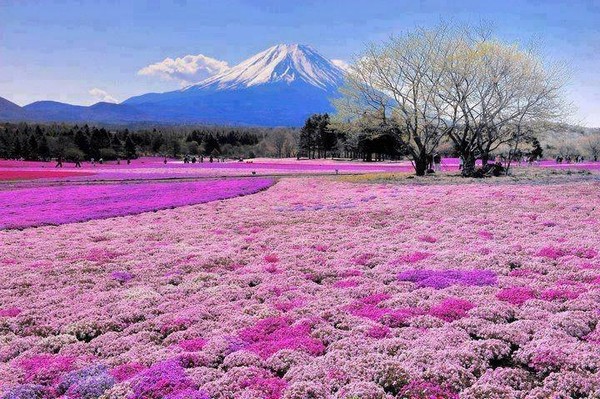 Wouldn't you be able to say all of these things in similar manner for the stereotypes that are made towards your current country? People are people. Although the excitement of the environment in Japan will hold you for the first few months (the attraction towards everything that is cute and bright and bordered by neon lights), after a while you will set into the routine of being a student or an employee the same way as you would in any other country. And what you will realize is that you will still go back to anime for the fantastic and over-the-top elements to satisfy your fan desires, because you will not find them in real life Japan to such an extreme. Japan is an amazing place to visit, to live in and to explore, but you have to remember that anime is only one part of their culture, and one that many Japanese people aren't even particularly interested in. If you are coming to Japan to see it for what it really is and to enjoy it in all of its positive and negative lights, then you will surely have a great time. But if you are coming to Japan to live in an anime, you will soon find yourself back in front of the TV screen in order to fill those particular fantasies.

I'd like to thank anime for introducing me to my current waifu, and for inspiring me to believe that I too can become the Hokage one day.