Den Den Mushi are special snails, unique to the One Piece series. They are used for communication and take the place of telephones, speakers, cameras and any other similar machine. Find out more about the types of Den Den Mushi and hear the famous Den Den Mushi ringtone below! 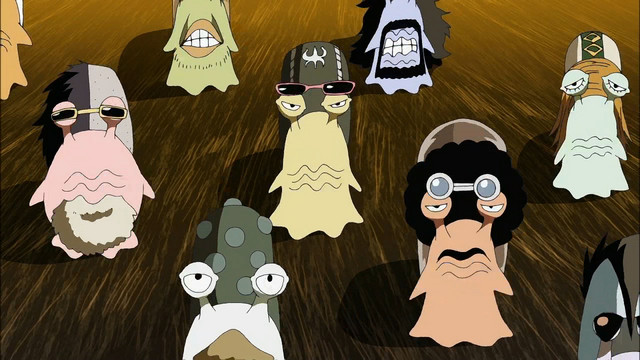 Den Den Mushi, also known as Transponder Snails in the English dub, are snails used for communication in the One Piece series. People attach buttons and receivers to the snails in order to communicate with other people telepathically through radio waves.

Aside from calls, they can also be used in other ways as well. Scroll down to find out more about the types of Den Den Mushi and the Den Den Mushi ringtone! 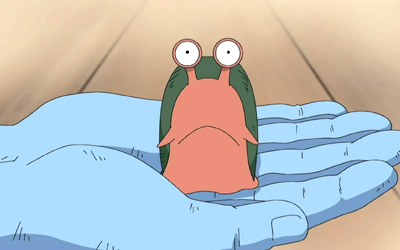 A small and portable Den Den Mushi which can fit on one’s palm. It is used for contact with people around the same area, and isn't capable of calls from other islands. Aside from calls, they can be used as speakers, to which a user can broadcast his voice throughout an area. 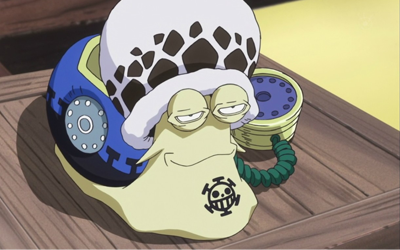 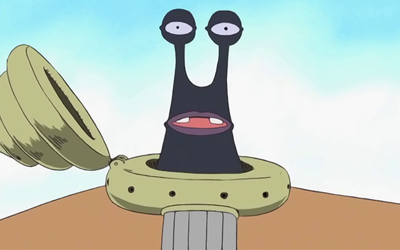 A type of Den Den Mushi which is commonly used by Marines in order to intercept calls between pirates. 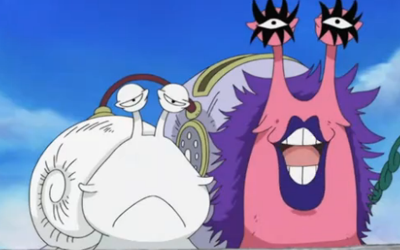 A kind of Den Den Mushi which could be attached to other Den Den Mushi for the purpose of preventing a call from being intercepted, thus making them an opposite of the Black Den Den Mushi. 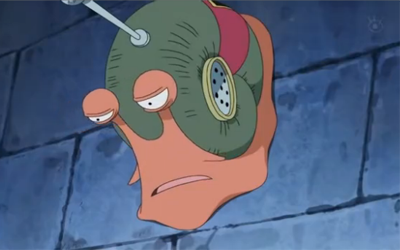 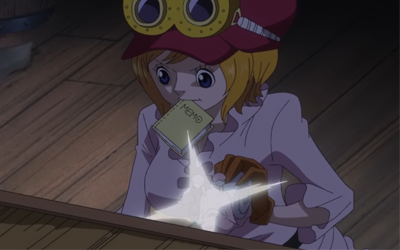 A type of Den Den Mushi which has the ability to take photos as well as create flashes of light through its eyes to be able to do flash photography. 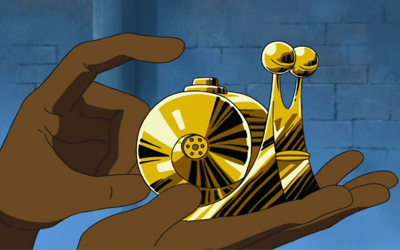 A special type of Den Den Mushi which only Marine Admirals have. It is made out of gold and is used to summon the Buster Call. 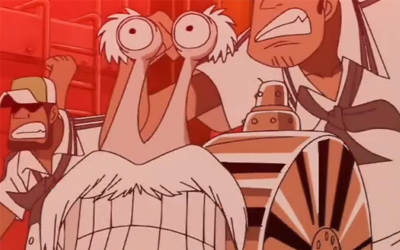 A Den Den Mushi makes a distinct sound (pereperepere) whenever someone is calling. Whenever a person calls while using a Den Den Mushi, it would mimic the person’s speech and emotions as well as the physical traits of the caller.

Below is an example of a Den Den Mushi Ringtone:

If you can’t get enough of the Den Den Mushi’s uniqueness, be sure to watch One Piece to see (and hear) these adorable creatures for yourself!