What anime fan hasn't asked themselves the question "What is anime?" at least once? With a new-found love comes an initial curiosity to learn more. But with an ocean of information out there, it's difficult to know where to begin. Well, why not start here? Let's unveil the mystery that is anime! 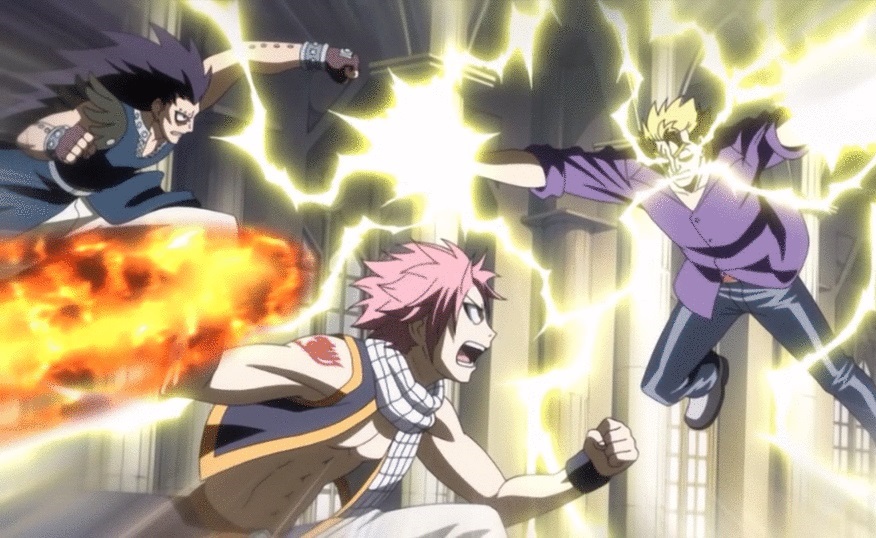 Fairy Tail, made up of a diverse cast, exciting adventures and a fantasy setting, is a great example of a typical anime.

The definition for anime is as follows: "A Japanese style of motion-picture animation, characterized by highly stylized, colorful art, futuristic settings, violence, and sexuality."

Now that we know the technical definition of the term, let's look at it from a general population point of view. Anime, or Japanese animation, is a hand-drawn or computer-generated art form. Anime is the brandishing distinction between Japanese cartoons and those of the rest of the world. Anime is a fantastical world that incorporates characters with funky and colorful hairstyles or eyes coupled with a peculiar fashion sense. Now that we've got a basis for what anime is, let's delve a bit deeper.

What goes into the production of an anime? 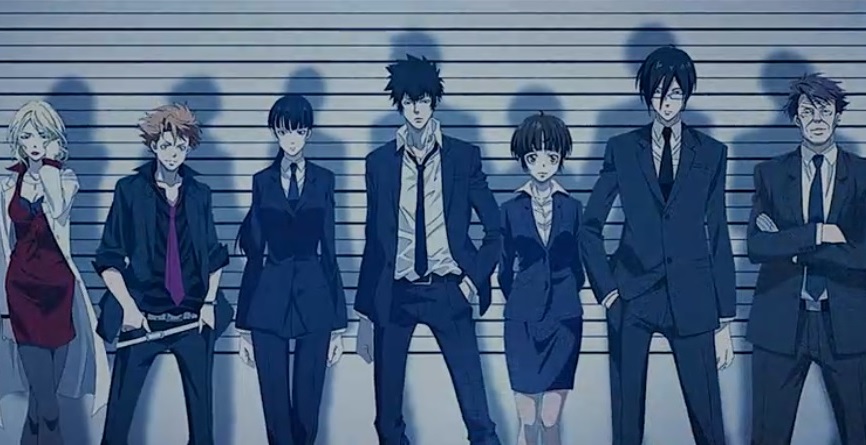 Production I.G is an animation studio that has produced tons of popular anime including the following series: Guilty Crown, Psycho-Pass (shown above), and Ghost in the Shell series. To better understand what anime is, let's first look into how it's produced. 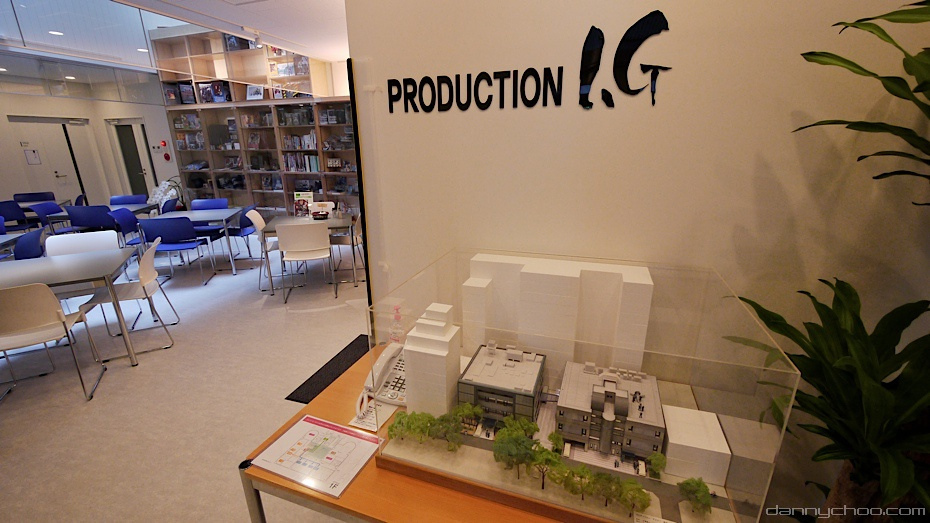 Source This is a miniature model of Production I.G's complex.

Although the process may seem simple, a lot of time and effort goes into creating one animated scene. First, there's the person that draws the character designs, which is where the character, along with their expressions, come to life. Afterwards, the sketches are sent to illustrators who prepare for digitization by tracing over the sketch with a hard graphite pencil. Once in the system, the characters and background get colored in (usually done for eight different frames before they are all strung together to form a scene). The project finally comes together in its last stages where voice is put together with the movement of the characters' mouths. This normally occurs before the anime is finished allowing for the artist to draw in key expressions to match the reading, although, due to low budgets, some voice acting is done afterwards causing an awkward time gap between sound and movement. A prominent technique used since the beginning of anime history, looping, cut costs and allowed for animated people to talk in a fixed loop, which was later matched with audio. Although there are a plethora of mouth positions, most can be simplified to as few as two looped frames. These techniques help to synchronize audio and mouth movement to make the two match. For a more in-depth tour of the anime business world, take a look at this article based on the processes used at the Production I.G studio.

What is the difference between anime and other forms of media? 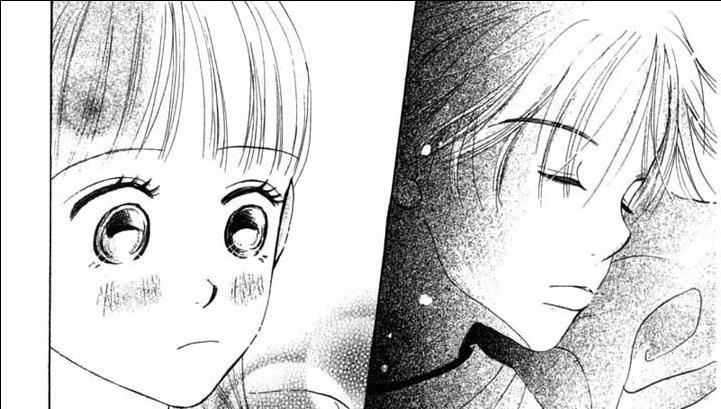 Let's take a closer look into how anime sets itself apart from other forms of media such as cartoons, comics, and manga. We'll take a look into each form to determine what distinguishes them apart from each other. 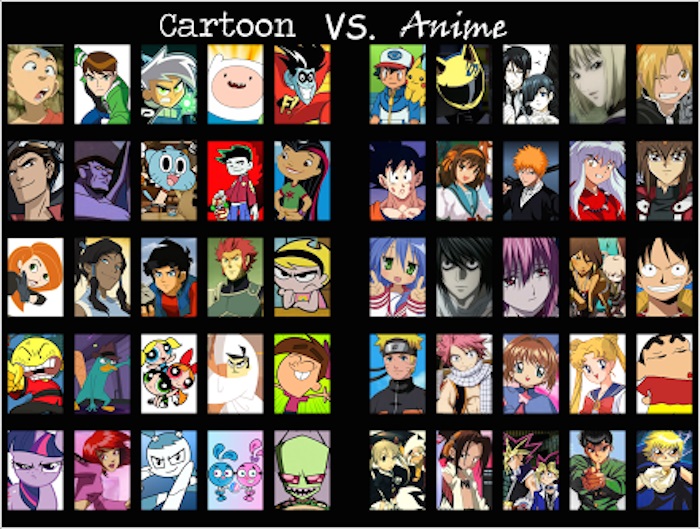 Japanese anime differ from western cartoons in several ways. Some people refer to anime as a more complex form of a cartoon. Adults and children can appreciate anime whereas western cartoons are generally marketed towards only a younger audience. Anime is a form that sheds the label given to standard cartoons by incorporating complex story lines along with in-depth theme and character developments. That's as far as the differences go when we watch the two different mediums, but the rest of the distinguishing components that set anime and cartoons apart is how they are produced. Anime tends to have complex storylines that delve into the backgrounds of characters and can extend through multiple episodes that are between 22-25 minutes long. On the other hand, cartoons tend to have simpler storylines that usually only extend through one episode that vary from five minutes to an hour. However, the most significant difference between anime and cartoons is that anime originates from Japan, and thus reflects Japanese culture, whereas the cartoons you're probably thinking of originate from Western countries. 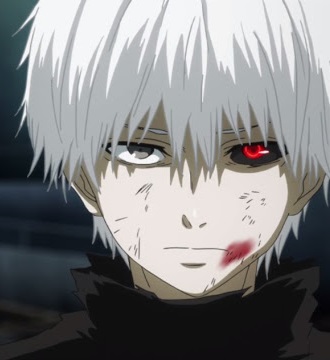 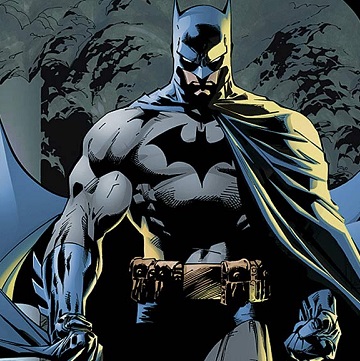 Anime is normally based off its manga counterpart, but it's comparable to comics by their separate characteristics. When people think of comics, they think of the common superhero archetype, whereas when people think of manga, a horde of genres come to mind. With content, comic books usually focus on developing the main character and normally label them as a 'lone wolf' whereas manga focuses on teamwork and the importance of relying on others. Another difference between the two mediums is their format. American comic books appear in color, while manga normally only includes color on the cover, but sometimes this color extends to the first few pages, otherwise manga is published in black and white. Each style, anime/manga and comics, are unique to their cultures which is shown through their different styles.

For an in-depth look at the differences between anime and manga, why not check out the The Difference Between Anime and Manga: Cousins, not Twins article for more fun comparisons?

How has anime evolved since its creation? 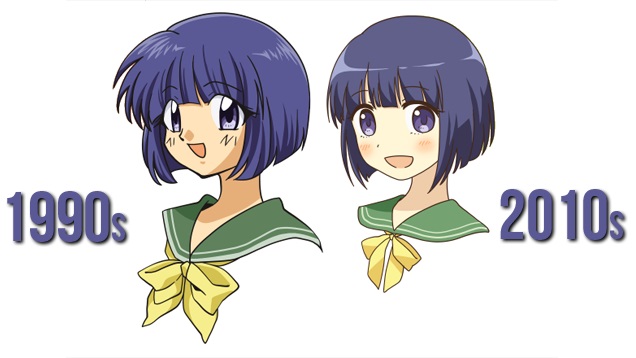 We'll start close to the beginning with Astro Boy, considered to be one of the pioneers of the first anime boom which came about in post-war Japan when televisions became available to the average person. Anime has drastically shifted over the years in regards to art style, especially with its extensive history dating back to the 1960s. For visuals, let's compare anime transformation from 1990 to 2010 (shown above) and look at the difference in art style and clarity of characters. The 1990s harbored characters drawn with thick lines that have elongated eyes and an L-shaped nose, while 2010 has characters drawn with thin lines that have circular eyes and a dot for a nose. The face shape has also changed from one that jutted out to one that smoothly follows a curve. In a way, anime characters have vastly evolved to have more delicate appearances. For more comparisons in differences in the appearance of characters, please be sure to check out the Evolution of the Anime Nose article.

How has anime spread worldwide throughout the years? 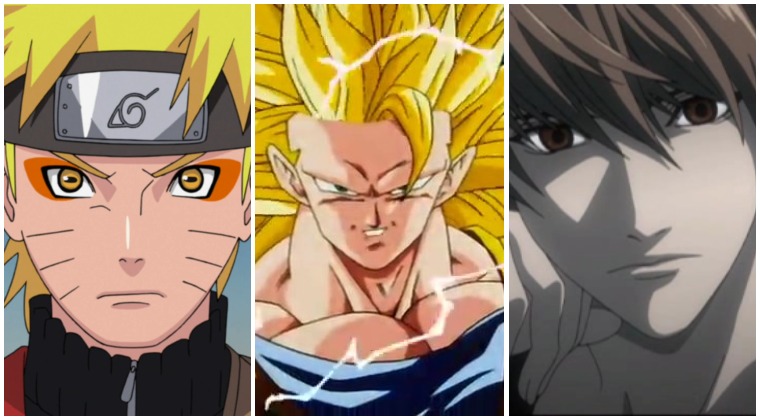 Anime is a popular global export, but what is the root of its popularity? With the advancements of online streaming, anime has become even more accessible. This easy availability has allowed anime to turn into a pop-cultural phenomena with much of its success coming from collaborative creativity, which is accepting input such as feedback and modifications from fans. Fun fact: the cultural reach of Japan is huge, such as when water tank trucks were sent to help in Iraq's reconstruction in 2004, and it was known that the Japanese government was helping due to the large stickers of Captain Tsubasa, an animated soccer player from the anime of the same name, that were placed on the side of the vehicles to indicate that the Japanese government was supporting Iraq. Not only does anime reach worldwide, but it also helps distinguish Japan. More information on anime's global reach can be found in the Influence of Japanese Animation in Hollywood article.

Being an Anime Fan in South Africa

Friendship, creativity and a sense of achievement are just a few reasons to explain our excitement as otaku. We are counting down a few things that make us proud to be South African otaku.