15 Hetalia Memes for a World of Laughs

One of the goofiest anime out there, Hetalia is a perfect satire of world history. Nearly anyone can enjoy Hetalia even if they're in a hurry. With five minute long episodes, a broad audience, and plenty of laughs, this anime is the perfect anime for memes.

You can learn a lot from Hetalia Axis Powers, such as to never trust Italy and that America wants all the credit. If you were to convert a historical documentary into a reality television show, then you would create Hetalia. Ever wondered what a baby Holy Roman Empire would look like? Hetalia has the answer. 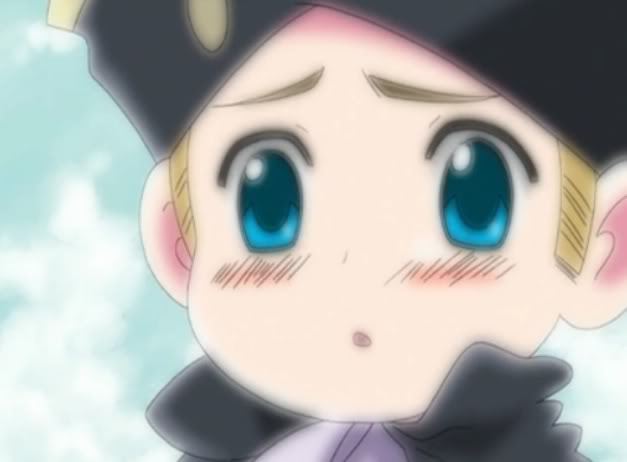 He is so cute!

That is right everybody, one of the most important political states in European history, is an adorable child on the show Hetalia. The nonsense doesn't stop there either. It gets better or worse, (depending on your point of view) the more episodes you watch. For example: France is a serial womanizer, Russia is a giant freak of nature, and China is the old ignorant grandpa of the group. Despite the fact that China looks like a sixteen your old boy who goes into battle with a wok. So get ready to laugh, because here come the memes.

The Axis powers in their full glory! 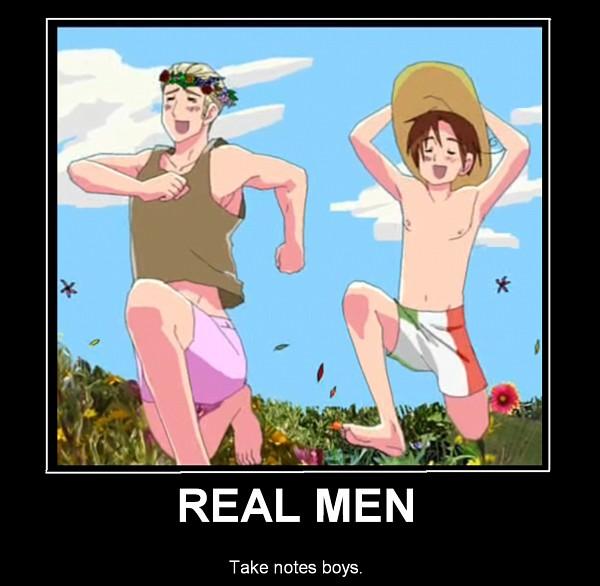 Source
Whoever knew that the WW2 fascist states of Germany and Italy were so carefree?

England is kind of a sour grape. 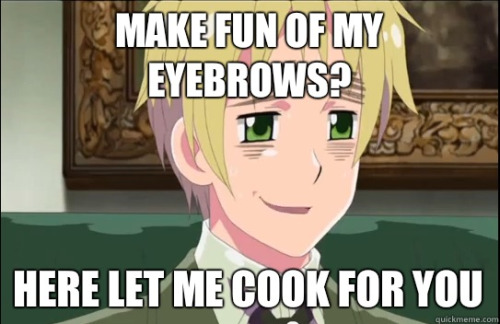 Source
He has more hair on his eyebrows then I have on the entirety of my body, and that's saying something. 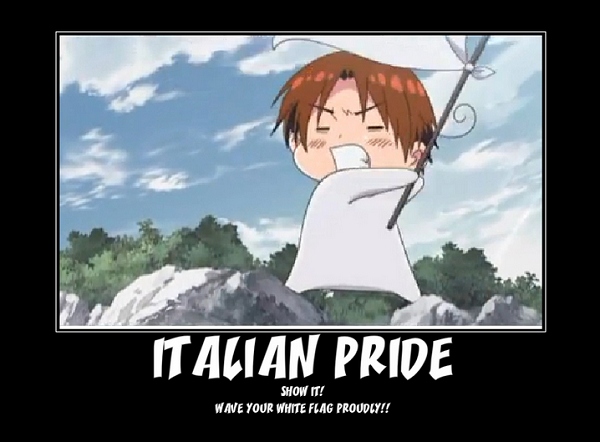 Source
I don't think that Tony Soprano would be very proud of Italy.

This is so true. 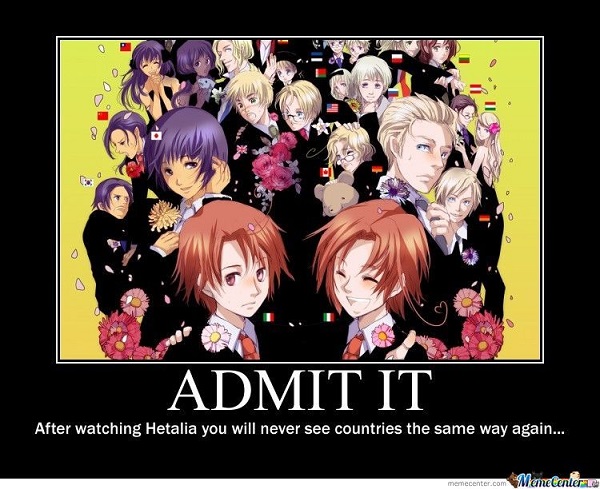 Source
I will never view the French and English trade relationship the same again.

America the land of high fructose corn syrup and McDonalds. 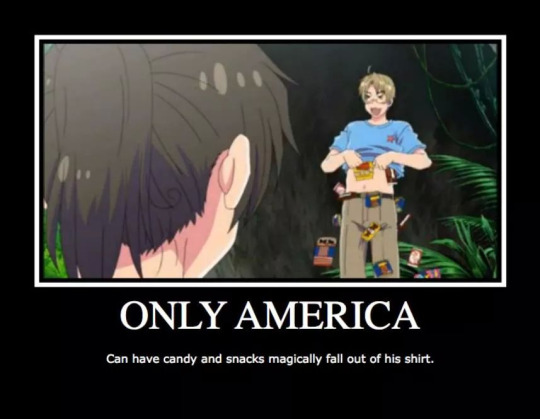 Source
What do you mean America has an obesity problem?

This is a gem. 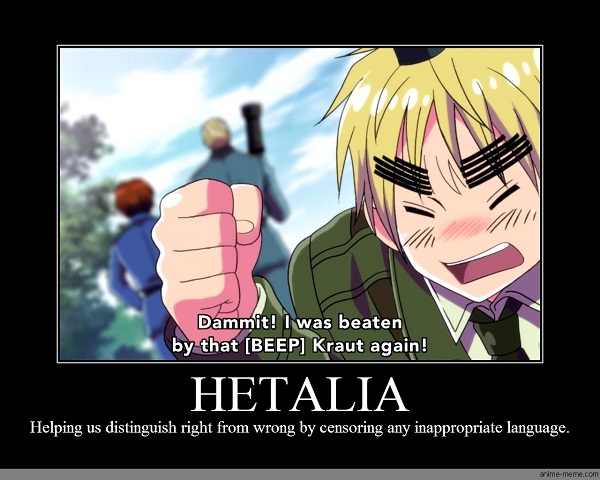 Source
This is why I love Japanese subs and why you should too. 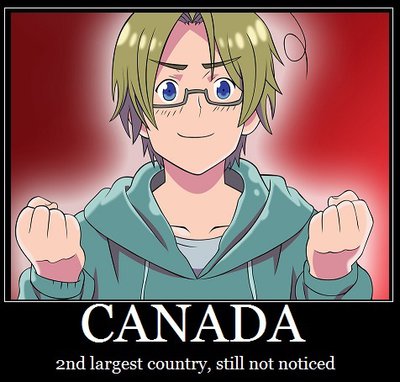 Source
Who are we talking about again?

Japan, stay away from Italy. He is a bad influence. 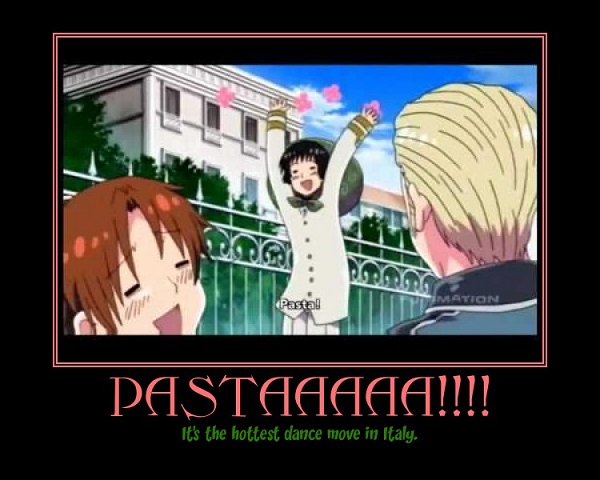 Source
Pasta is the worst drug ever.

Prussia is the man. 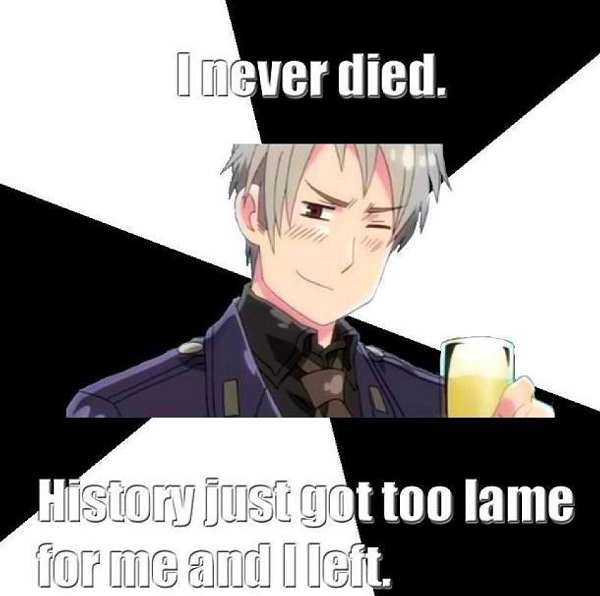 Russia is a baller. 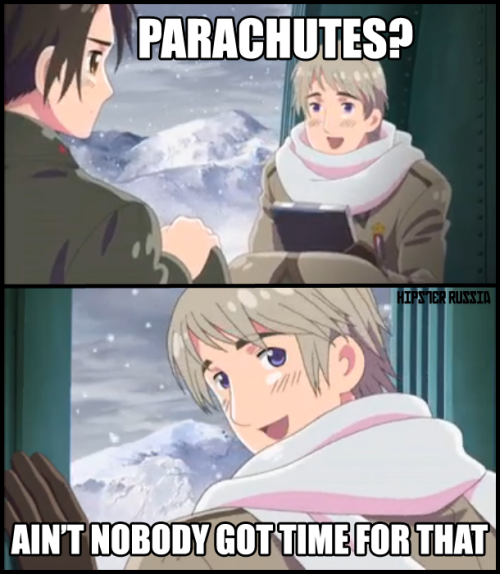 Source
Don't look up plebians, the awesomeness that is bearing down may blind you.

How England deals with Russia's winter. 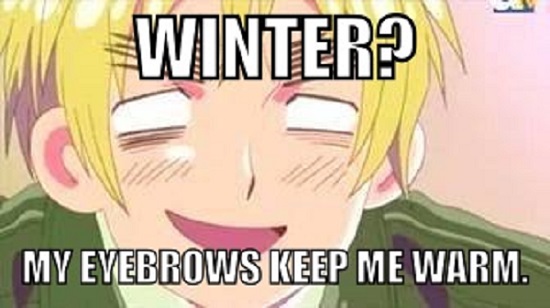 Source
Seriously though man, consider some sort of waxing, or even a weed-wacker. 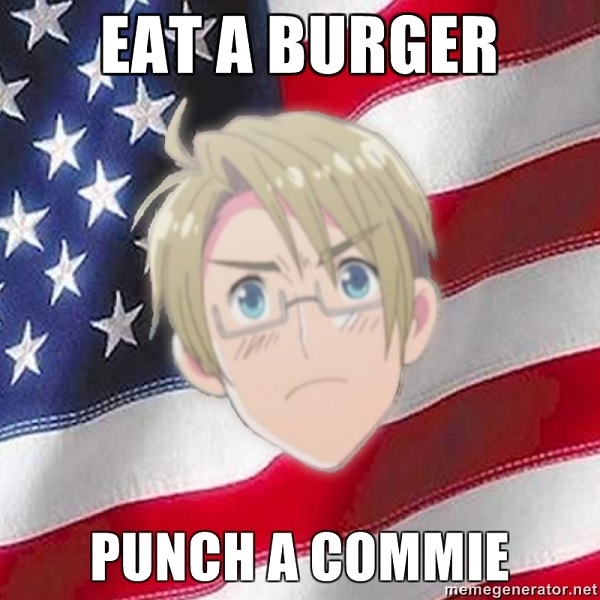 Are you willing to die over potatoes? 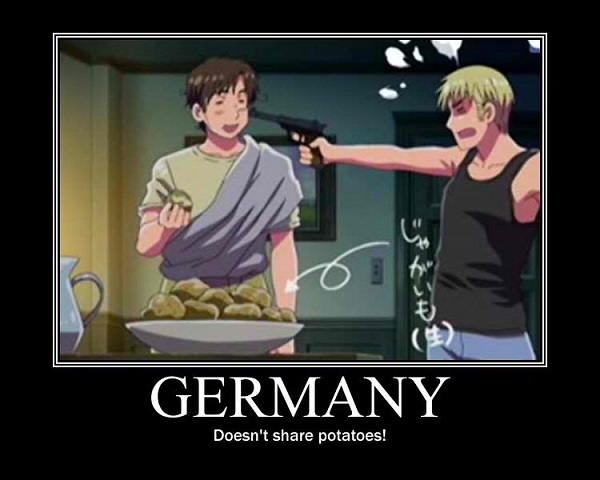 France is responsible for so many bad memories and sore bottoms. 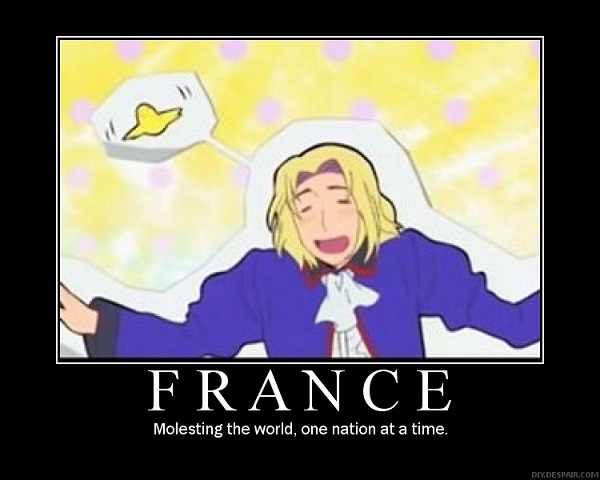 Japan, are you okay? 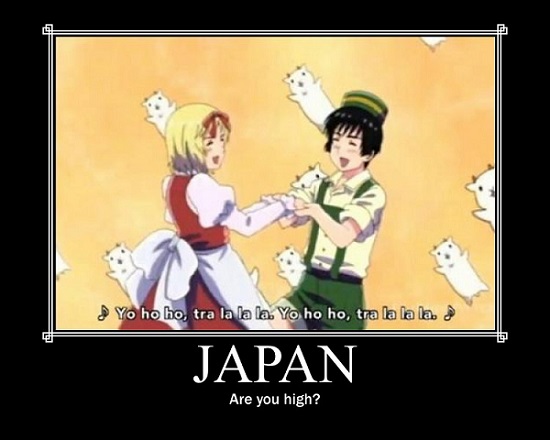 Source
No more western influences for you.

Well, there is your Hetalia fix. I hoped you enjoyed it, because I know I did.