Does a lack of airships in anime grind your gears? Does not getting your daily dose of Victorian fashion get you steaming? Fear not! Here are 10 of the best steampunk anime available. Nothing like some nice quiet time with your favorite steampunk anime to help you let off some steam... right?

All aboard the Steampunk Anime train! Choo-choo! 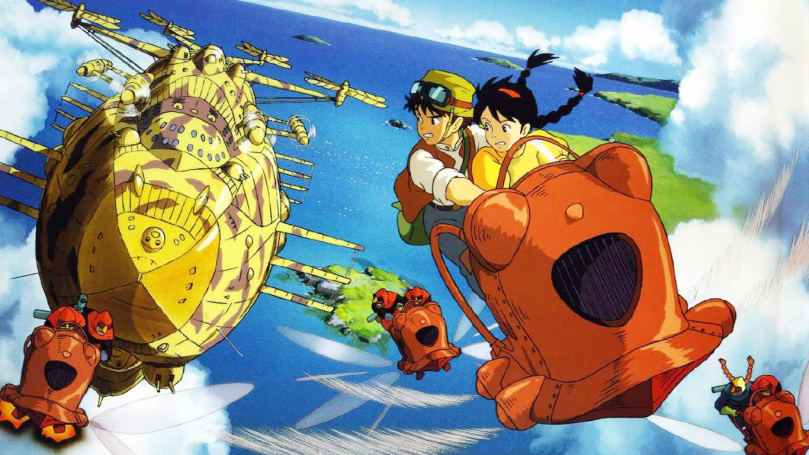 Steampunk is a genre of science fiction that takes the steam-powered technology of the Industrial Revolution era in anachronistically advanced directions. Sometimes steampunk stories take place in a pure fantasy realm, while others involve elaborate alternate histories based upon our world. Classic 19th century writers such as Jules Verne and HG Wells heavily influence the steampunk aesthetic. Popular contemporary works of fiction that feature elements of steampunk include Philip Pullman's His Dark Materials books, Mike Mignona's Hellboy comics, and the game Bioshock Infinite. Several popular anime are definitely works of steampunk; some feature certain elements which appeal to steampunk fans even if they don't hit all the genre's hallmarks. Here are 10 recommendations of steampunk (or steampunk-esque) anime.

Feeling stressed out? Why not let off some steam with these amazing Steampunk Anime? 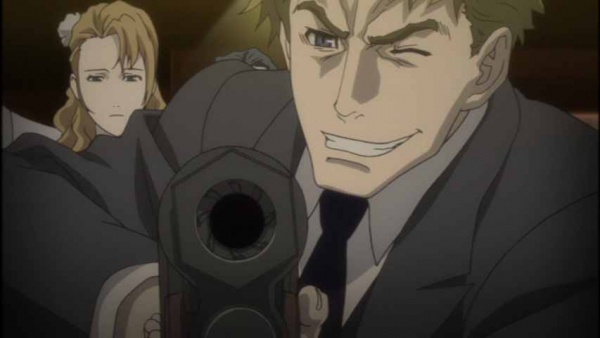 Does Baccano count as steampunk? Some have categorized it as such, but it doesn't feature the anachronistic technology typically associated with the genre. Even so, those who enjoy the period settings and alternate history elements of steampunk should definitely appreciate Baccano's supernaturally-tinged, action-packed take on the Great Depression era, in which American gangsters fight with immortal alchemists. 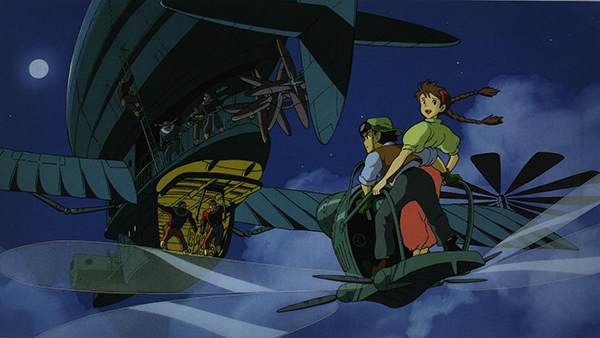 An Industrial era, fantasy setting? Check. Ingeniously creative airship and robot designs? Check. High adventure in the vein of Jules Verne? Check. Miyazaki made one of the best steampunk movies ever before steampunk was even a word (steampunk, by the way, was coined as a phrase in 1987, exactly a year after Laputa's release). See also Howl no Ugoku Shiro (Howl's Moving Castle) for a different, less sci-fi and more magic-driven take on steampunk by animation's greatest master. 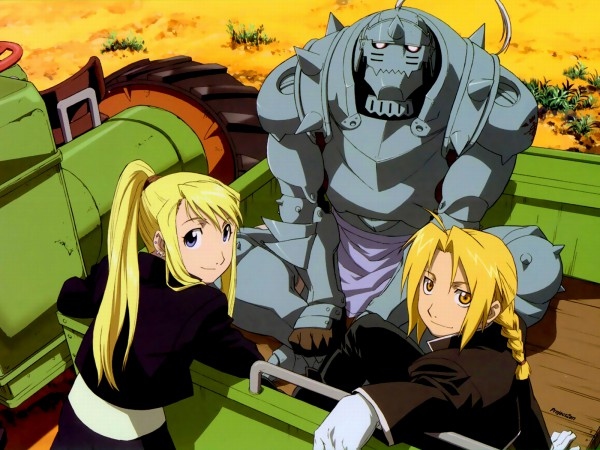 While many steampunk stories tend to ride on "Rule of Cool" as justification for their anachronistic settings, FMA explains the reason its old-fashioned but high-tech world exists: It's a world parallel to ours where alchemy overtook other sciences. History and culture in the series evolve along roughly similar lines to our world, but the magical enhancements alchemy brings allows their world to develop automail and other technologies highly advanced for the 1910s. 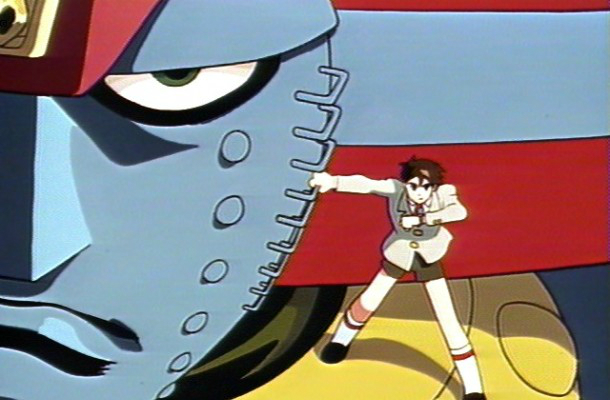 OK, technically Giant Robo would not be steampunk anime but rather a "Shizuma Drive-punk", as the series takes place in a future where the Shizuma Drive is the new, all-powerful energy source. But whatever, it's on Steampunk Wiki, so it counts for the sake of this article. Those into the old-timey futures of steampunk should dig Giant Robo's retro aesthetic sense, which throws in references to classical opera and martial arts films.

Kino no Tabi takes place in a world out of time. The disconnected societies Kino and Hermes visit on their travels (only ever staying in a place for 3 days) often seem to be from completely different eras entirely. At once ancient, modern, and post-apocalyptic, the world of Kino no Tabi provides a backdrop for a wide exploration of the human condition in one of the most thoughtful and underrated anime series out there. 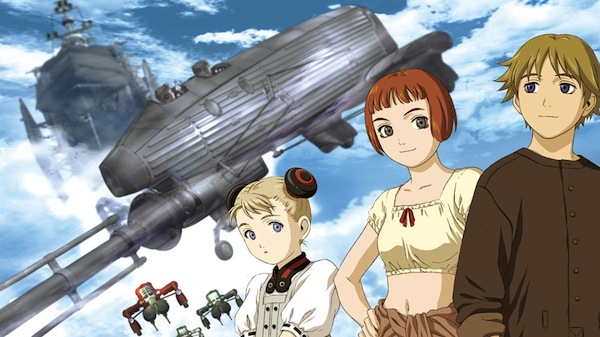 Thinking about steampunk anime, Last Exile is one of the first shows that comes to mind. The original series, following a couple of young airship pilots who get caught up in a war, came out at just the right time to cash in on the growing popularity of steampunk. A sequel series years later kept the franchise alive in the popular otaku consciousness. 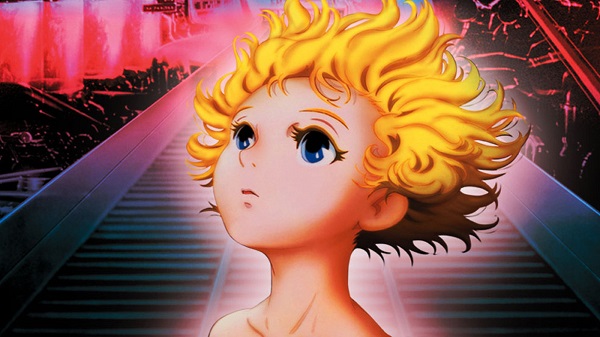 Inspired very loosely by Fritz Lang's 1927 silent epic of the same name, Rintaro's film of Osamu Tezuka's manga portrays a retro "city of the future" on the brink of class warfare. The striking visuals envision a future that looks an awful lot like 1920s America... except with robots. The old-timey feel is enhanced by the jazzy score (including one of the best needle drops in anime history with an explosive climax set to Ray Charles' "I Can't Stop Loving You".

Fushigi no Umi no Nadia (Nadia: The Secret of Blue Water) 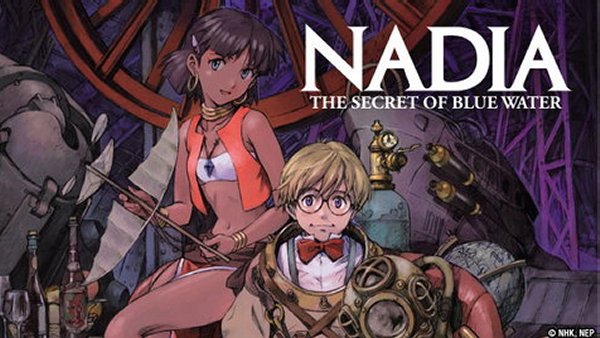 Miyazaki was actually supposed to direct Nadia before he left and used several of his ideas for it in Laputa. Hideaki Anno of Evangelion fame went on to direct it as a TV series. Though they both share the same inspiration in Jules Verne's 2000 Leagues Under the Sea, some have speculated Disney's Atlantis: The Lost Empire took certain ideas directly from this series. 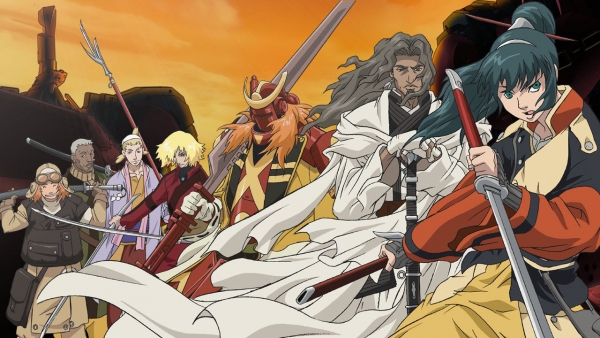 Steampunk anime tend to be focused on Europe and occasionally America, so the Japanese steampunk setting of Samurai 7 makes it stand out. Gonzo took the plot of Akira Kurosawa's classic 1954 film Seven Samurai and added robots and magic to the original's feudal era setting, creating a fresh steampunk vibe. 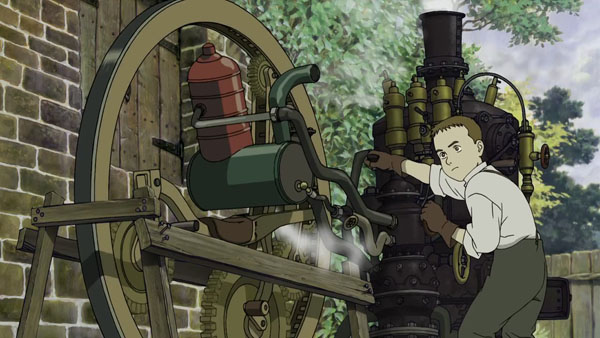 If you're looking for the steampunk-iest steampunk anime to have ever steampunked, the one with 'steam' as part of the title might just be it. Katsuhiro Otomo's long-delayed followup to Akira is always going to be overshadowed by its groundbreaking predecessor, but Otomo and his animators put as much care into animating a high-tech Victorian England as they did into the streets of Neo-Tokyo.

Welcome to the land of futuristic drama where humans have evolved to cyborgs, computer viruses are the norm of the day and war has completely destroyed the lands. The terminator franchise no longer seems funny, does it?