15 Controversial Anime That Were Reported in Japan

We all know that there's fanservice content in televised anime that often crosses into the NSFW realm. But some of these complaints sent to Broadcast Ethics Organization in Japan may surprise you! They're not all about naked anime beauties.

This article contains videos and descriptions of scenes in different anime that are potential spoilers.

Quotes have been translated from Japanese to English.

What is the BPO?

According to their website, the Broadcasting Ethics & Program Improvement Organization is a Japanese non-government, non-profit organization that "serves to improve the quality of broadcasting and promote higher ethical standards while ensuring freedom of speech and expression. BPO deals with complaints and ethical issues by conducting investigations into problematic programs and giving recommendations and/or opinions to either all broadcasters or to the particular broadcaster concerned."

Here are some of the anime series that have received complaints from Japanese viewers for a variety of reasons. 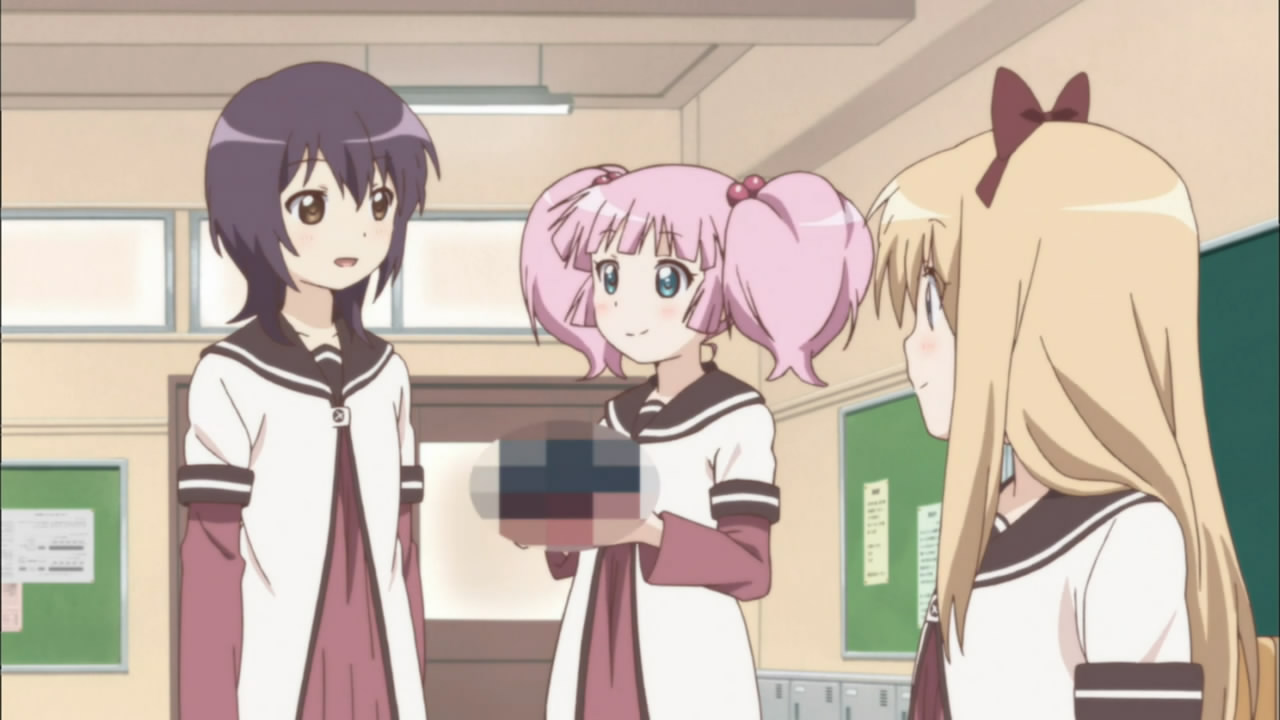 It shouldn't be surprising that this anime was reported to the BPO board. The entire anime is basically one huge violation of decency, but its humorous censors and late-night timeslot should have help alleviate concerns. Despite precautions, this anime was still reported for "having imagery and innuendos so obvious even little children could figure out the vulgar jokes."

The Bakemonogatari franchise is known for having a large cast of cute girls and gratuitous fanservice, but the anime was not reported for those reasons! The first episode of Owarimonogatari contains a colorful, flashing scene that is potentially seizure-inducing, much like the infamous Pokemon episode.

This children's magical girl anime may look innocent, but it still got reported to the board. Reason? The girls appear for a couple of seconds in swimsuits! 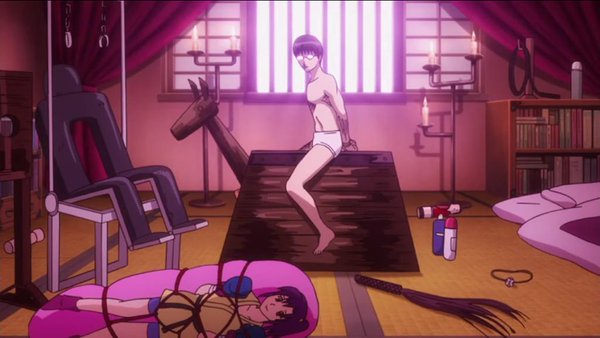 Kantai Collection has been unsurprisingly slightly controversial globally due to it anthropomorphizing WWII warships, turning them into sometimes skimpily clad cute girls. This particular report reads: "I understand that it's a late-night anime, but I was shocked by its contents. I was very uncomfortable with the scenes where young girls transform into warships and enter combat. War is a sensitive topic nowadays, and even if it's portrayed in anime, it should be done carefully."

"I am concerned about a cat-monster character that appears on a popular children's show. That character is supposed to like eating chocolate candies, but chocolate is very poisonous to real cats. If children wrongly believe that 'cats like chocolate,' they might give real cats chocolate!"

In a more unusual complaint, Youkai Watch was targeted for having the nekomata character Jibanyan eat lots of Chocobos, his favorite chocolate flavored snack. While this seems silly, it could potentially be a serious problem if children really believe that cats like chocolate, especially with the large amount of stray cats in Japan.

What could Your Lie in April possibly get reported for? It's a wholesome if heartbreaking youth drama, right?

"There's a scene where two middle-schoolers share a bicycle. Children might try and copy this, and it's dangerous, so please do not broadcast this scene."

All in all, there's probably worse things than sharing a bicycle. Not to mention, this is a really beautiful scene! 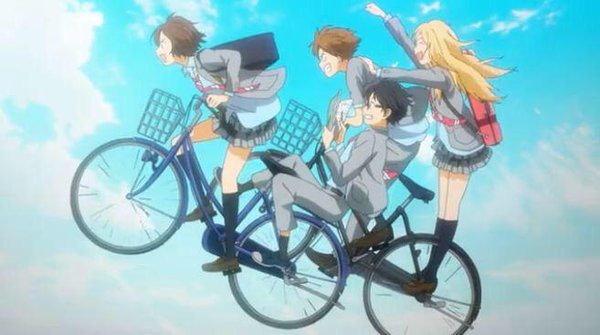 A legendary anime that exemplifies the shonen genre, the original Hunter x Hunter anime was reported to the BPO for "being too grotesque (bloody) for a Saturday morning program."

This heartwarming children's movie received a complaint in 2012 when it was aired on television because of the tsunami portrayed in the movie, which was too reminiscent of the 2011 Tohoku earthquake and disaster for the sender, saying "it is wrong to broadcast this movie because only one year has passed since the Tohoku earthquake which caused large tsunamis and widespread damage." (Note that the movie itself premiered in 2008, three years before the disaster even happened.)

A rather severe complaint was filed saying, "In this anime, there are scenes where underage kids go to clubs and love hotels while they are on a school trip. Is this okay to show even if it's late night programming? If you think about it, underage kids are not allowed in these places in real life. This reflects the lack of morals of both the producers of the show and the broadcasters."

For those of you unfamiliar with the term, love hotels are hotels you can rent either by the hour or overnight, and are primarily utilized by couples for certain *ahem* activities. 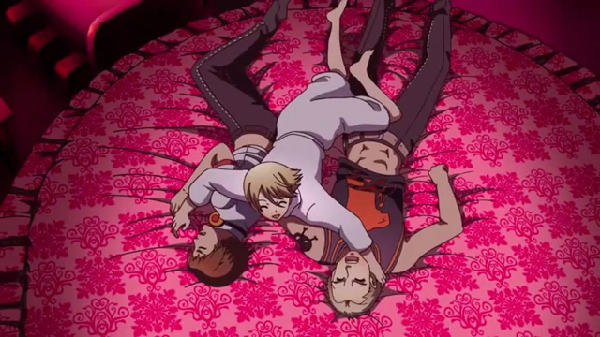 We all know exactly what scene this poor sucker is talking about. It's okay buddy, join the club of traumatized viewers.

Western audiences weren't the only ones squicked out by the overt incest-y nature of this show. While it has a loyal if niche fanbase, Yosuga no Sora as well as other sister-complex themed anime have all received complaints. But where many sister-complex anime draw the line, Yosuga crosses it, going so far as to include depictions of sex in a televised anime! 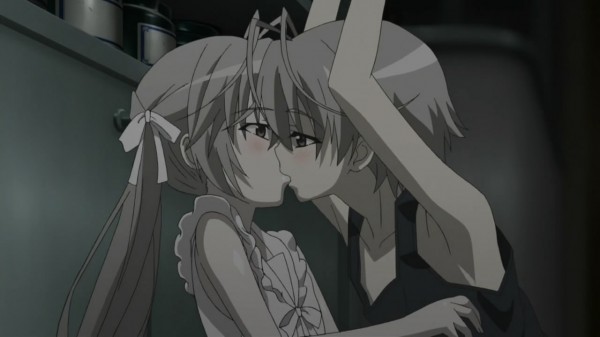 "Seemingly out of nowhere, this guy says to the heroine, "I hate Japanese people because of what they did to Chinese people in the past. Do you not know that? Japanese people who don't know or don't care about that are people I don't want to work with." The heroine, shocked, replies half in tears "It's not as if I don't know. It's true Japan has done terrible things." This was a shocking scene, and shows a strange understanding of history."

The events of WWII are still highly controversial in East Asia, and there are still people who deny or trivialize the actions of both sides of the war. While relations have improved to the point where 656,403 residents (30% of all foreign residents) in Japan are of Chinese nationality, there are still tensions on each side, with some that believe that the accepted historical accounts of WWII are incorrect. The person who filed this complaint seems to be one such person with his/her remark on the "strange understanding of history". 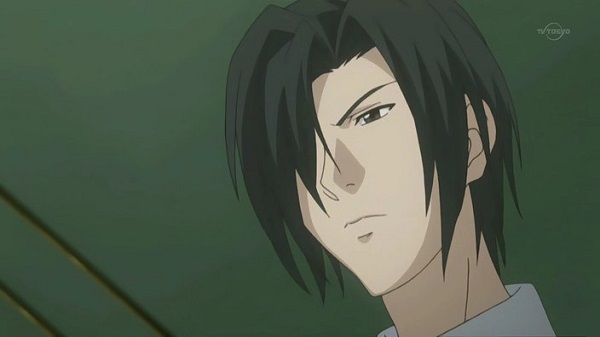 Lin Koujo, the offender in question.

To end on a lighter note, this anime was reported for "glorifying the raising of pets in apartments that forbid animals".

"The message kids will get from this show is that 'if you find a cute animal, you can keep it, even if your apartment doesn't allow pets.' No-pet apartment residents may dislike animals or have allergies to them, so it would be causing them trouble."

As you can see from this and the complaint against Youkai Watch, Japan takes its cats seriously. While encouraging or even suggesting that it's a good idea to break the rules of your apartment lease is bad, you can't deny that this show is sickeningly adorable.

Here's some scenes and episodes that got straight-up removed or changed because they were deemed controversial!