10 of the WORST Anime of All Time

There are plenty of bad anime out there. But only a few shows are downright unwatchable. Ugly animation, nonsensical plots, and boring characters sink many anime, but only some fail in every possible way. Here are ten of the worst anime you'll wish you'd never wasted your time on.

Hametsu No Mars (Mars of Destruction) 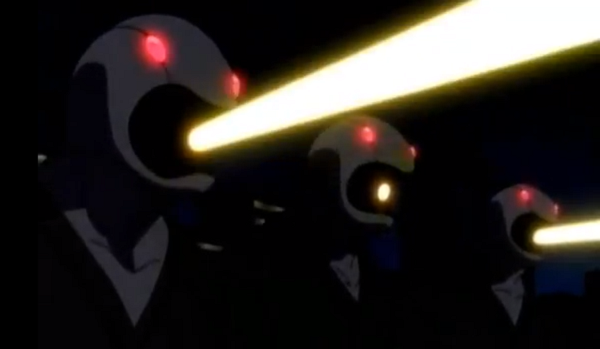 Though its characters suffer from "same face syndrome", Mars of Destruction doesn't give them samey personalities; rather, it opts to give them none at all. Its script is full of boneless exposition that reads like something you scribbled in your world history notebook when you were 12, and the sound ranges from uninspired growls to tinny public-domain orchestral pieces. It's difficult to find something without a single saving grace, but unlike the Earth of Mars of Destruction, our world is full of surprises. 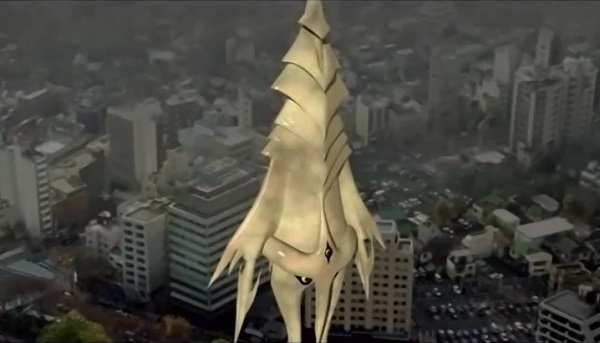 Like Mars of Destruction, Skelter+Heaven is an Idea Factory adaptation of a video game about mysterious aliens attacking Earth. What does this one have that the other doesn't? Jarringly awful CGI, mostly. The 2D animation fares little better; often, only the characters' mouths move, like in a Hanna-Barbera superhero cartoon. Nothing much happens for 19 minutes. Without spoiling anything, all that nothing is rendered wholly pointless at the end. It's also the lowest rated anime on this entire site, which is an invitation to spare yourself of the horrors below. 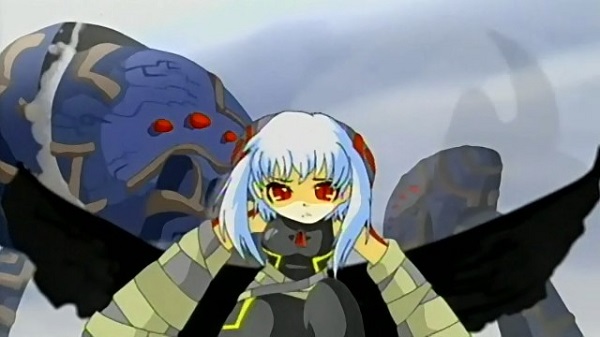 New doesn't necessarily mean good, and the first anime made entirely in Adobe Flash is living proof. Hanoka should get some points for trying something new with animation, but the fact of the matter is that all it really accomplishes is reminding us why we stopped watching Newgrounds videos after ninth grade. But what's it about? Stop me if you've heard this one: humanity is under attack by malevolent creatures that can only be stopped by cutting-edge super weapons. Hanoka's ugliness is familiar in too many ways. 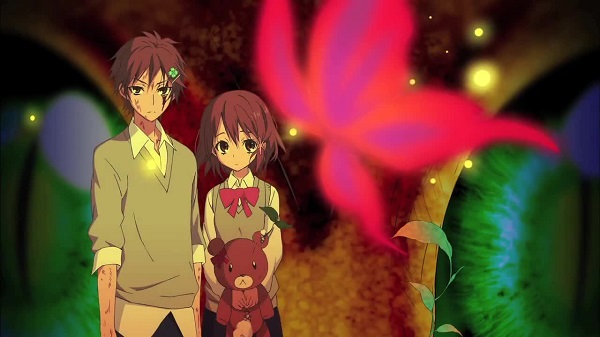 Originally a cult body horror manga. The release of the Pupa anime was delayed for several weeks. It wasn't worth it. The show is a storyless slog through animation that looks like someone cut himself making a watercolor painting. Plot lines and characters are briefly toyed with and almost immediately abandoned. And though there's nothing wrong with the subject matter—a girl transformed into a flesh-eating beast, forced to eat her immortal brother to survive—the show wallows in its depravity without going anywhere with it. It's like if someone watched Tokyo Ghoul while drunk and struggled to describe it to her friend the following morning... while eating her. 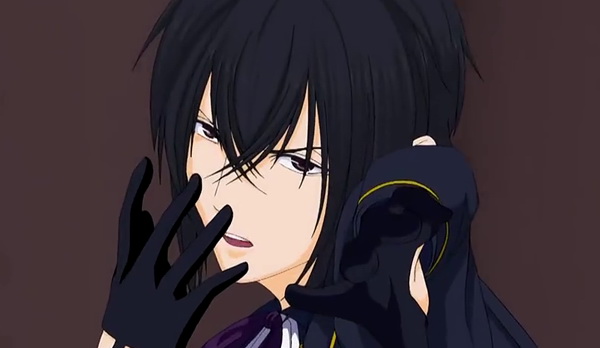 Despite what American television would have you believe, supernatural detective shows aren't necessarily a recipe for success. That goes double if the show in question is adapted from a mobile phone game. Studio! Cucuri didn't have much to work with here, but what little they had, they did even less with. Instead of solving cases, Holmes and Hudson spend their time lazing around an apartment they refuse to pay rent for. Hikikomori characters can be funny, but not when they're given inexcusably stilted animation and the blandest comedy you'll ever see. Even for a half-hour runtime, it's a truly wasted premise. 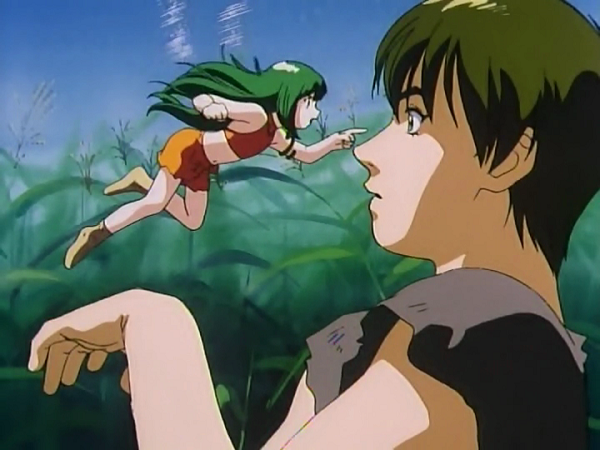 It's a 1996 release, but the grubby animation makes it look about 15 years older. Protagonist Chris Chiaki is thrown into a war-torn medieval world with minimal context. What follows is reminiscent of an anime version of an awful fantasy novel, a story more interested in throwing characters, magic and place names at the viewer than in fleshing them out or explaining them. None of it makes sense, least of all the bizarre "ride-off-into-the-sunset" ending. Not satisfied with the Japanese version? The English dub is legendary for all the wrong reasons. 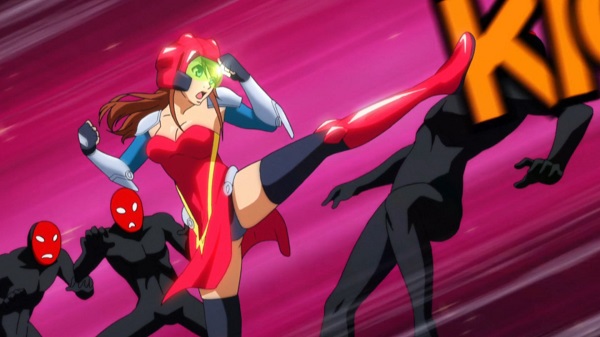 Wonder Momo is a relatively forgotten Namco arcade game from 1987, so the target audience for the 2014 anime adaptation is anyone's guess. In fact, it's somehow got even less depth than a game that included avoiding up-skirt shots as a central mechanic. None of the characters have any real background or personality, least of all Momo herself, a high school girl inexplicably given a sleepy older woman's voice. Wonder Momo probably has the best animation of anything on this list, but given the quality of the rest of the entries, that's not saying much. And even in this one, you'll see things disappear abruptly in the first episode. Despite everything, it has the audacity to end on a cliffhanger. 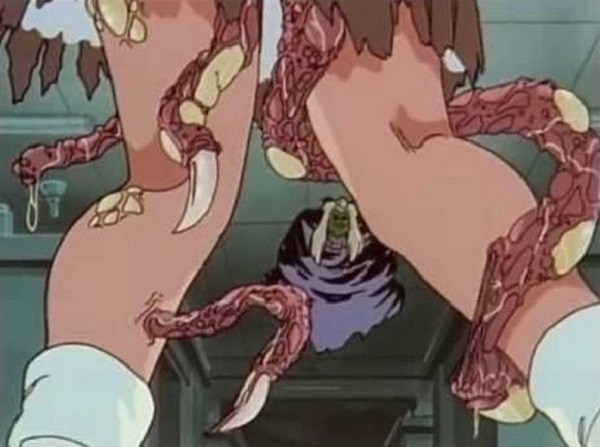 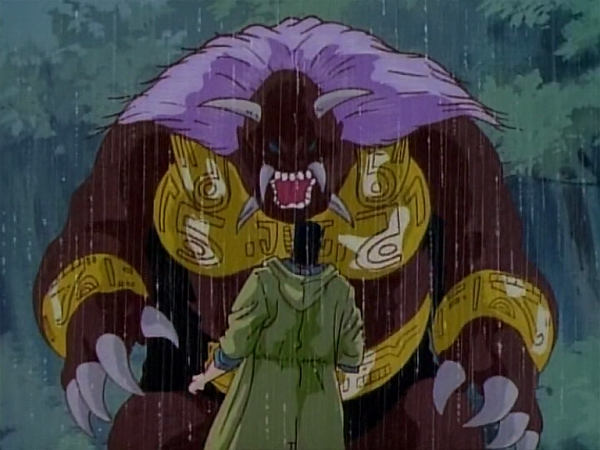 You know an anime is bad when its own characters aren't interested in explaining it. A surgeon is empowered by prophecy to battle demons from the distant past, but we're never quite certain of the source of the prophecy, or why it chose him. Psychic Wars goes through the motions of a story without truly telling one, introducing characters and subplots solely to deliver history lectures in place of character development or worldbuilding. The best thing in this jerkily animated sleepwalk is a single scream in the English dub, if only for the brief moment where you imagine that those responsible for this mess are suffering. 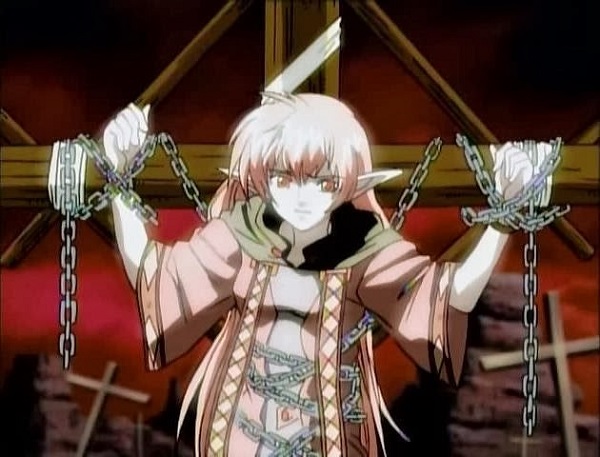 Idea Factory is 0 for 3 on this list. 2001's Generation of Chaos OVA is supposed to be a prologue to the game of the same name, but it sure isn't an effective sales pitch. It throws two unconnected stories (one a Pokémon/Monster Rancher ripoff, one a poorly paced coming-of-age tale) at the viewer, both made up of horrendous CGI and recycled 2D animation. And I do mean recycled! One clip of two characters running is used twice within five minutes. The overall feel is like a straight conversion of a bad Super Nintendo RPG, right down to the tinny, poorly-compressed music. Avoid.