The third best-selling series in the history of manga and a world renowned anime classic, Naruto is known for its variety of fun and interesting ninjas, as well as their unique techniques. The franchise has gained a massive amount of followers, who all happen to love the series so much that they can't help but express their passionate feelings all over the internet... in the form of Naruto memes, of course. 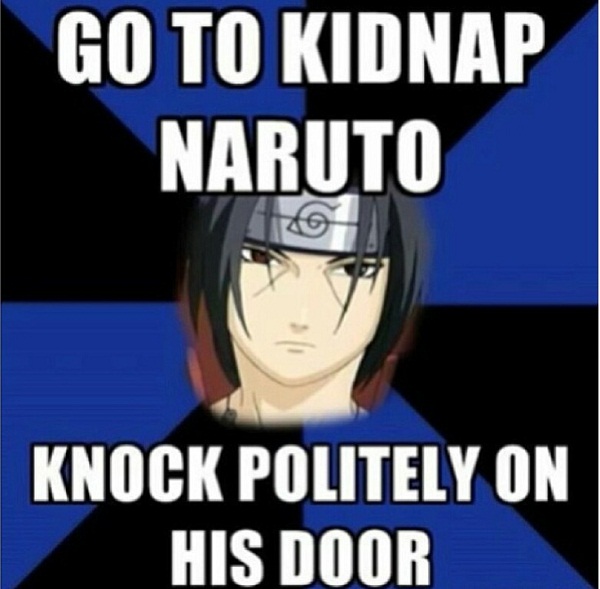 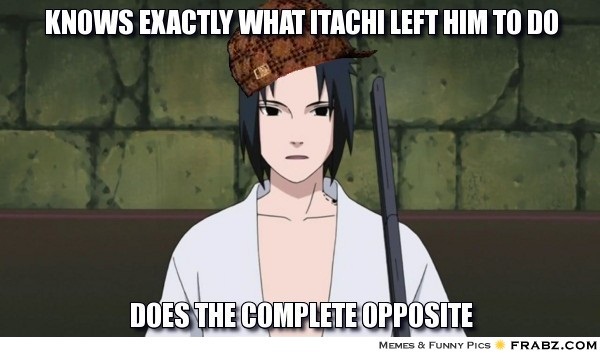 Sasuke's got to do what he has to do. 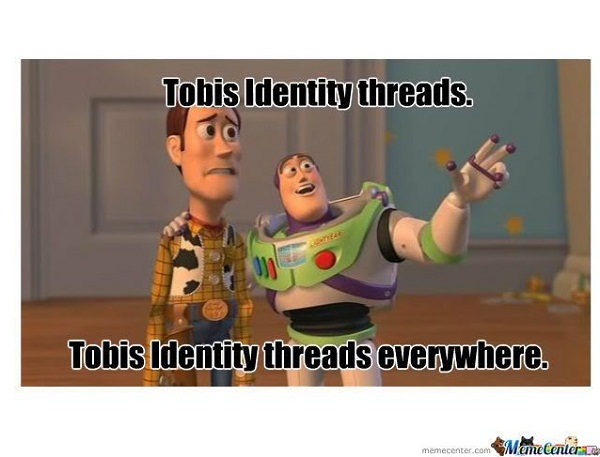 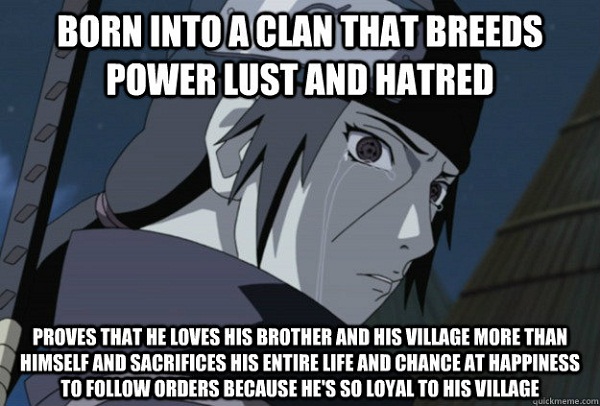 Sucks to be Itachi… somebody give this guy a cookie! 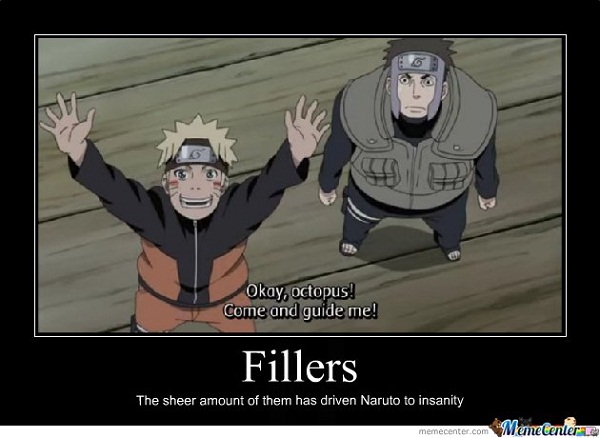 Aside from its action packed story, the Naruto series is also filled with a lot of filler arcs… and by a lot, I mean around 70% of the series.

Shot to the heart! 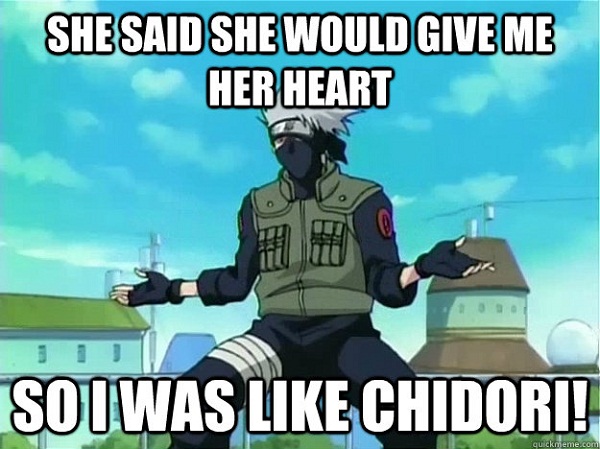 Probably the reason why Kakashi is still single.

The person that Naruto loves the most is none other than... 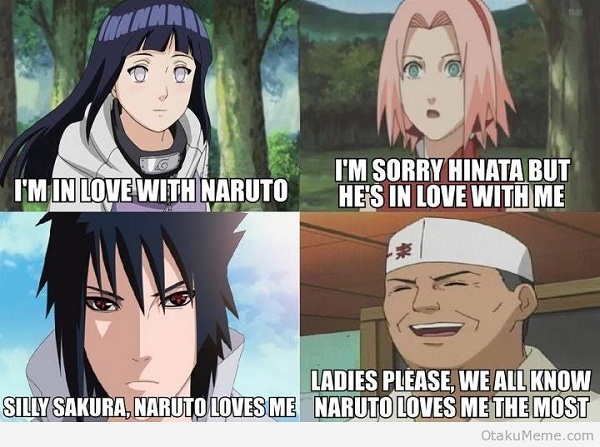 We all know Naruto loves his ramen the most! 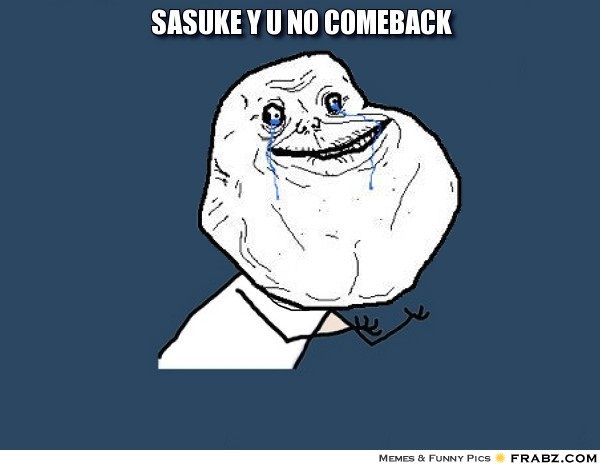 The answer is plain and simple: because the series would end earlier if he did!

Flashbacks every now and then 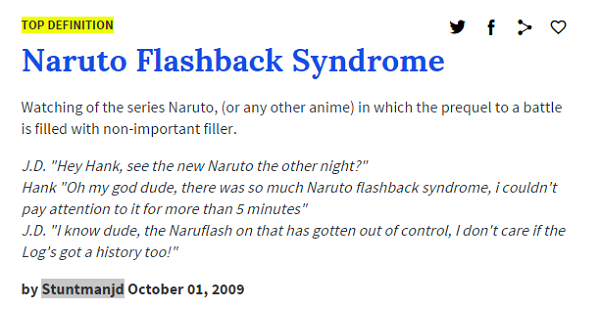 And aside from the many filler arcs in the series, Naruto is also known for having a lot of flashbacks. And it keeps on happening over and over again, often with the same flashback scenes.

Wonder what Tobi sees while wearing his mask? 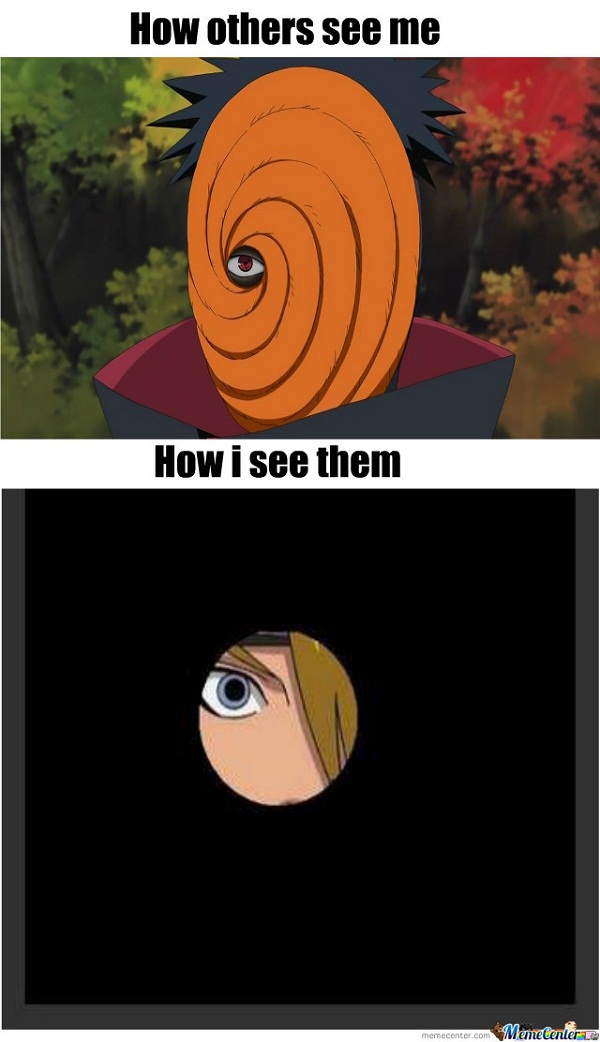 He definitely needs another mask! 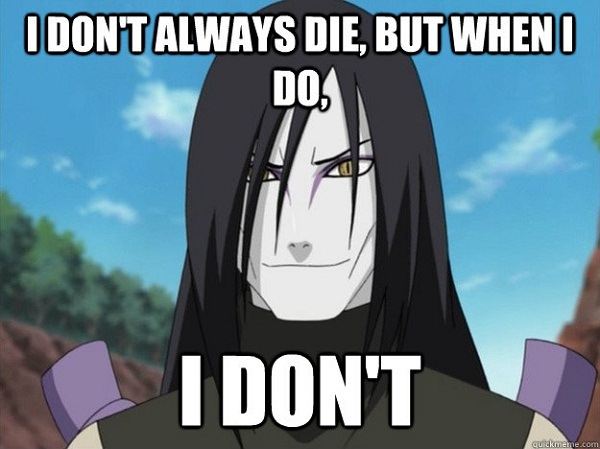 We gotta give it to this guy!

What is under the mask? 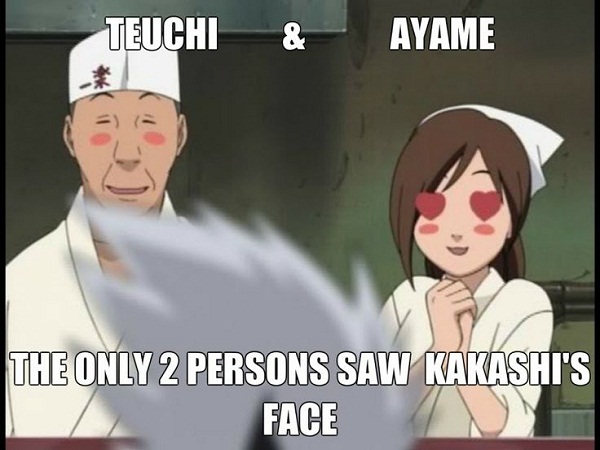 Only these lucky people know.. Even the ramen guy Teuchi is blushing! 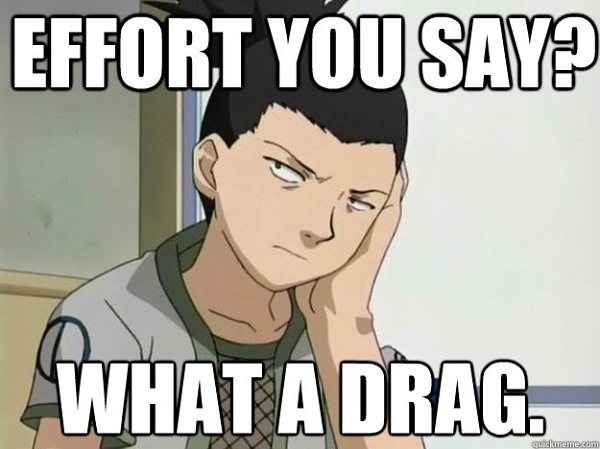 Not that Shikamaru is lazy, he just likes to save his energy!

Orochimaru: So call me maybe 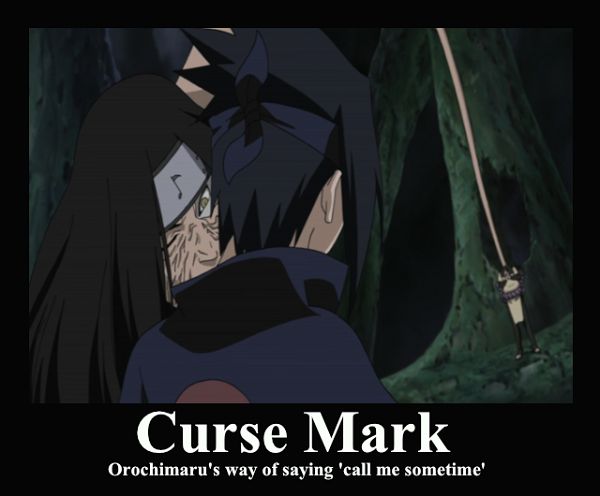 Do you wanna build a sandcastle? 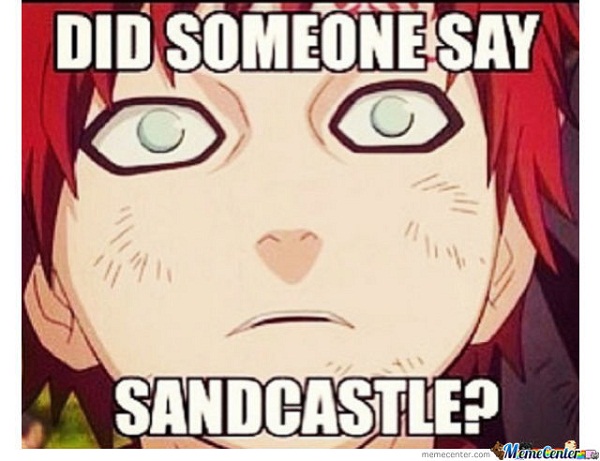 Somebody bring this guy to the beach!

I hope you enjoyed these funny Naruto memes!

If you enjoy memes in general, please be sure to check out the Top 15 One Punch Man Memes and 15 Funny Attack on Titan Memes articles as well!