Meet the Gold Saints from Saint Seiya: Soul of Gold!

Before they were revived in Asgard, the gold saints had a common backstory filled with tension, battles and treason. **Warning: this article contains major spoilers about the Saint Seiya series!** 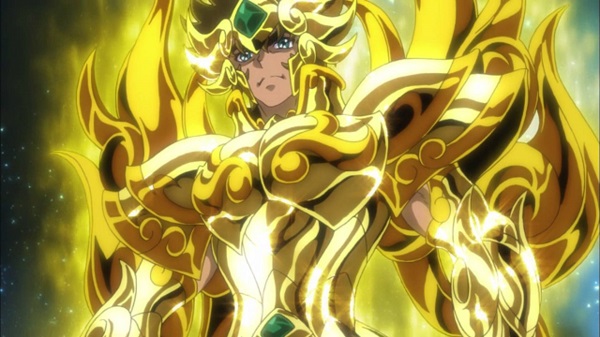 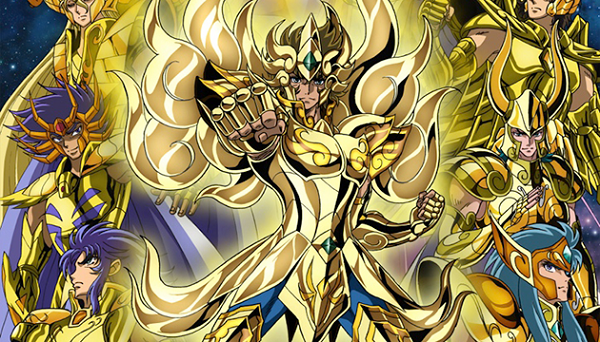 Saint Seiya: Soul of Gold is the first Saint Seiya anime series that focuses exclusively on the gold saints. These are the strongest warriors between the ranks of Athena’s army. They were introduced during the 12 Houses Arc as the bronze saints’ main antagonists.

Saint Seiya: Soul of Gold starts with the reincarnation of these characters in the lands of Asgard, where they have to face a new threat. Before these events, the gold saints didn’t have a significant appearance in the series until the Hades Arc, where they ended up sacrificing themselves to destroy the Wall of Grief that blocked the way to Hades. But, who are these saints? What happened before? Keep on reading to find out! 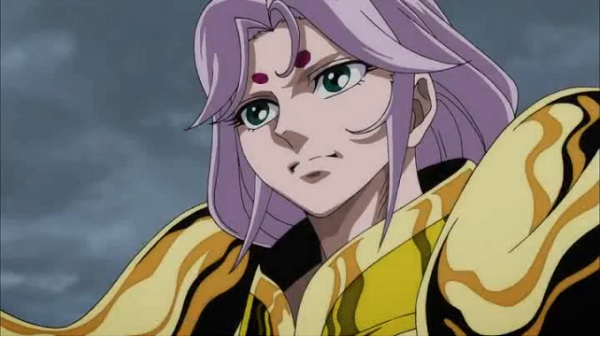 Muu was the disciple of Shion Aries, one of the two only survivors of the 18th century war against Hades and his army. He was born in Tibet and has a very relaxed personality. This saint is renowned for his psychokinesis, as well as his cloth repairing abilities. 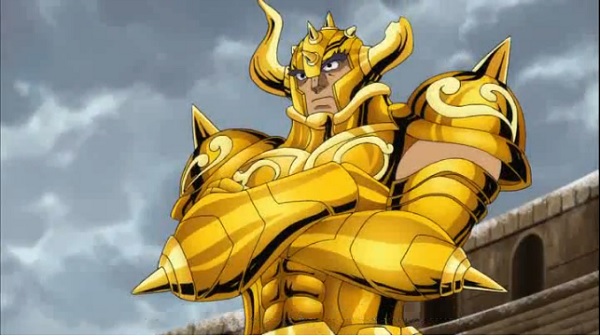 Aldeberan was born in Brazil, which makes him the only Latin-American gold saint. His friendly and noble personality contrasts with his enormous physique. During the Hades Arc, Aldeberan was killed by Niobe Deep, but not without landing an attack that would later kill this Hades spectre. 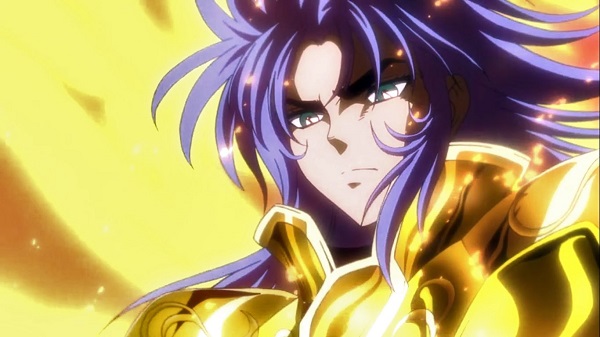 Saga was born in Greece and he’s one of the most notable (and powerful) characters in the whole series. This saint has two personalities, one righteous and the other evil. Under the influence of the last one, Saga usurped the place of the previous Sanctuary’s Pope and tried to kill the baby Athena, but he was stopped by Aioros. However, the Gemini saint corrected his path in the Hades Arc, where he sacrificed everything to save Athena from his enemies. 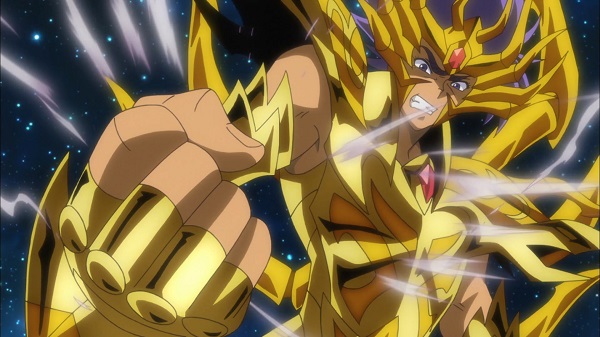 Death Mask was born in Italy and is famous for his cruel and sadistic personality, which caused his armor to abandon him during his fight with Shiryuu Dragon in the 12 Houses Arc. He later revived as a spectre, but he was easily killed by Muu. 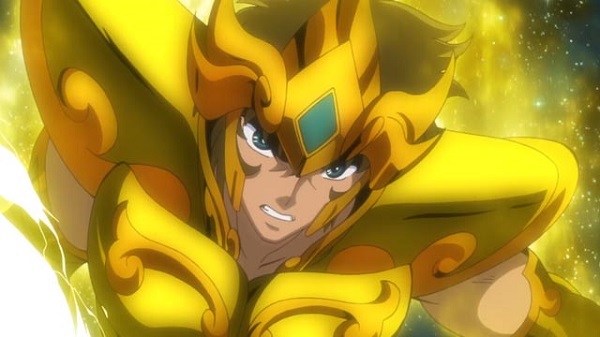 Aiolia is a greek gold saint that grew up dealing with the alleged treason of his older brother Aioros. He was one of the first saints to grow suspicious of the Pope. During the 12 Houses Arc, he fought Seiya Pegasus under Saga’s mind control. After that, in the Hades Arc, he was defeated by Radamanthys Wyvern, one of Hades’ judges. 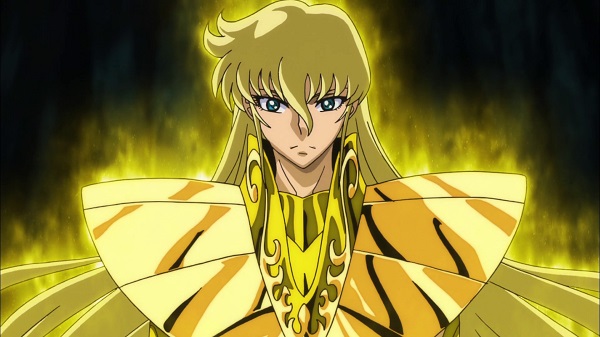 Shaka was born in India is known as the "man closest to God". In despite of his quiet nature, he is an extremely powerful saint that died after an epic battle against Saga, Camus and Shura during the Hades Arc. 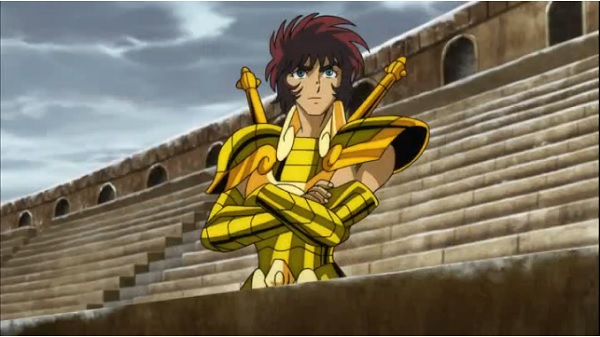 Douko was born in China and is the only remaining survivor of the 18th century war against Hades. During most of the Saint Seiya series, he keeps the appearance of an old man, but he regains his youth during the Hades Arc. Douko was the master of Shiryuu Dragon and the guardian of the seal that kept Hades locked. 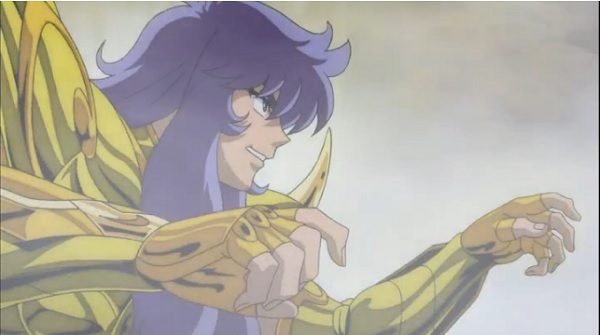 Milo is a Greek gold saint who doesn’t mind showing his proud nature. However, he’s also an honorable warrior that admitted his virtual defeat after fighting Hyouga Cygnus during the 12 Houses Arc. In the Hades Arc, Milo joined Muu and Aiolia to stop Shaka, Camus and Shura but was later defeated by Radamanthys Wyvern. 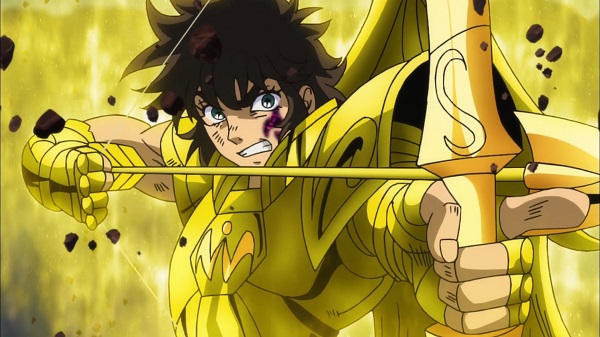 Aioros was born in Greece and he was the older brother of Aiolia. He died after saving the baby Athena from Saga, so he didn’t appear again until the gold saints united to destroy the Wall of Grief. 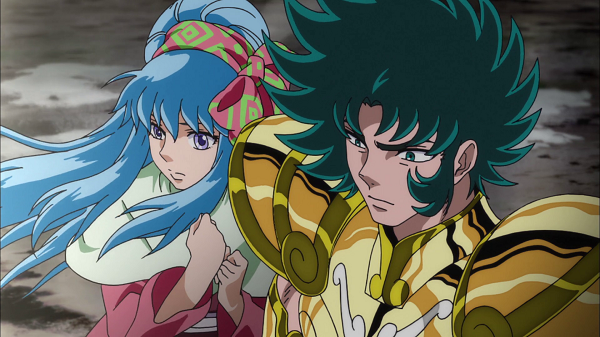 Shura is a Spanish gold saint who is known as the most loyal soldier for killing Aioros (who was falsely accused of trying to kill Athena). During the 12 Houses Arc, Shura died saving Shiryuu Dragon from a suicidal last attack. In the Hades Arc, he revived and fought alongside Saga and Camus. 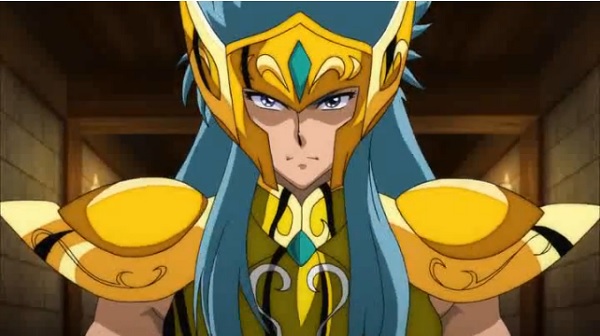 Camus is a gold saint from France that is known for his stone-cold personality. In the anime, he was the master of Hyouga Cygnus' master and died after an intense battle against this bronze saint during the 12 Houses Arc. 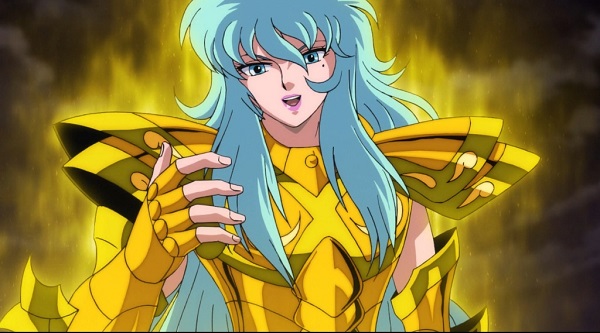 Aphrodite is a Swedish gold saint known for his mesmerizing beauty. During the 12 Houses Arc, this warrior supported the evil Saga, so he fought Shun Andromeda and died by his hands. He was revived in the Hades Arc, but he was also killed by Muu.

In the past, the gold saints had different personalities and ideologies, which caused conflicting relationships between them. However, Saint Seiya: Soul of Gold gives them another chance to unite together to fight as Athena’s elite soldiers.

Meet the Characters of Samurai Flamenco

The quirky anime Samurai Flamenco is made up of a variety of characters. Take a look to learn more about them.