Games to Thank for the Birth of Hyperdimension Neptunia: The Animation 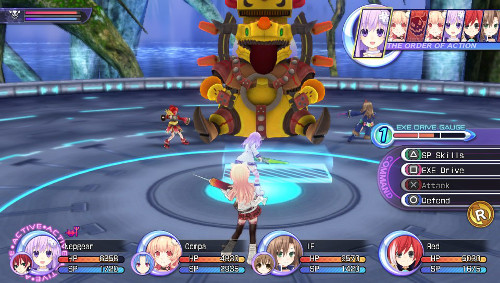 Despite being a relatively young franchise, Hyperdimension Neptunia has a massive number of game remakes and spin-offs, with twelve different games under the franchise’s banner as of now—four being the originals, three being the remakes, and the remaining five consisting of spin-offs. If you include other media then there is also the manga and some drama CDs as well. So what makes the games so special that they've been able to earn so many fans and adaptations in such a short period of time? 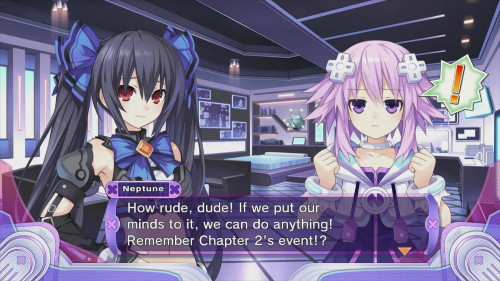 The formula of all the flagship games in the franchise involves taking the anthropomorphic incarnations of several game consoles, companies, and concepts, and putting them into a conflict that needs to be resolved—usually involving the incarnation of digital piracy, Magiquone. While there are occasional moments where things get serious (or in some cases downright disturbing), for the most part, the plot is fairly lighthearted and shallow. The players don't need to be bogged down by heavy details and can simply have fun with it. 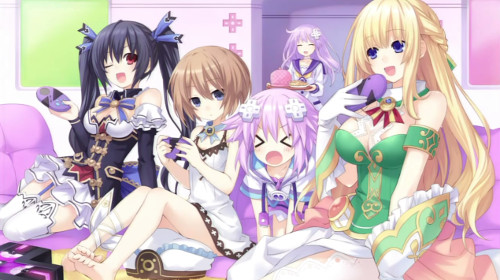 As mentioned before, the main characters (with Neptune and Nepgear often taking the lead heroine role depending on the game) are game consoles and smaller production companies in human forms, which usually fall somewhere in-between a moe younger form and a curvaceous adult form. The franchise is heavily female-orientated, with the only male characters either being enemies or relegated to portraits. Many of the girls have their own quirks and personalities that appeal to the niche audience. Most players will find at least one character they connect with and will return to the next installment of the flagship games to follow their adventures. 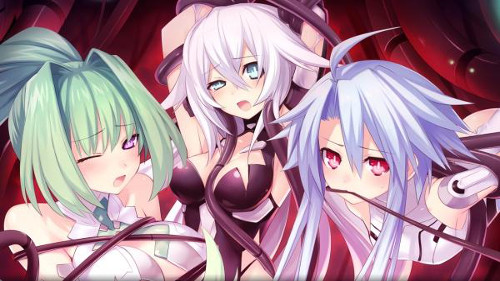 Fan service is by definition anything done to appeal to the fans in some form or another. In most cases, this involves a combination of suggestive dialog or content being shown to appease the audience and leave them wanting more. This aspect is possibly the strongest selling point for the franchise, as it usually won't take more than an hour into any of the games to run across a compromising scene between the girls with strong undertones (such as the tentacle imprisonment pictured above) or pure titillation (such as the bathing scene pictured below). 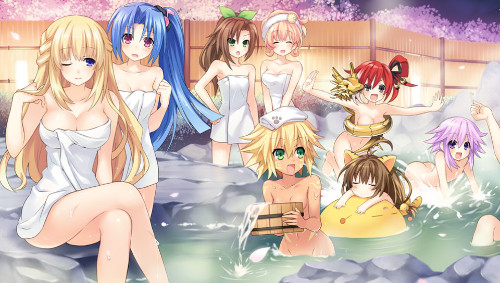 The franchise also provides homage to other games and the characters aren’t shy about addressing the players directly, breaking the fourth wall for comedic purposes. The self-awareness in itself is a form of fan service and adds a charm to the games rarely found anywhere else. This is the key to the success of the Hyperdimension Neptunia franchise. It has no reservations about pandering to its niche audience, who return time and again to reconnect with characters that play to their preferences, while simultaneously being aware of the medium and industry that they're in.

Kantai Collection: the Game That Begat the Anime

The Kantai Collection, often shortened to KanColle, is a highly popular and exciting game filled with moe girls who are based on World War II naval ships. Lets take a look at why this game is so popular!