An opening theme is a key feature for any anime. The way it introduces each episode can make or break the atmosphere of the series overall. The OP for Basilisk is one of anime's most famous and high quality introductions available! Let's see what makes it so amazing.

Basilisk is a historical-fiction and fantasy anime featuring two warring ninja clans fighting it out. It is rife with the drama expected of an action-romance and, as such, is outfitted with a suitable opening skit.

Kouga Ninpou Chou, performed by Onmyo-za (Onmyouza) and released on a CD single sharing the name in April of 2005, is the opening theme for Basilisk. It is a song that uses metaphor to express lamentation for a love gone bad, lost or corrupted. It expresses the romance qualities of the story vocally. However, the song itself is not gentle, but keeps to a heavy metal vein consistent with Onmyo-za's style. Heavy in bass and electric guitar, the instrumental and pacing of Kouga Ninpou Chou is edgy and almost violent; an almost ironic contradiction to the whimsical lyrics comparing love to water and flowers.

Although, there is a touch of morbid imagery in the vocals as well, an artful symmetry with the heavy instrumental with references to brutal deaths. It expresses tragedy against the flippancy of love - a cruel reality to break down idealism. Below, is a picture of the English lyrics. 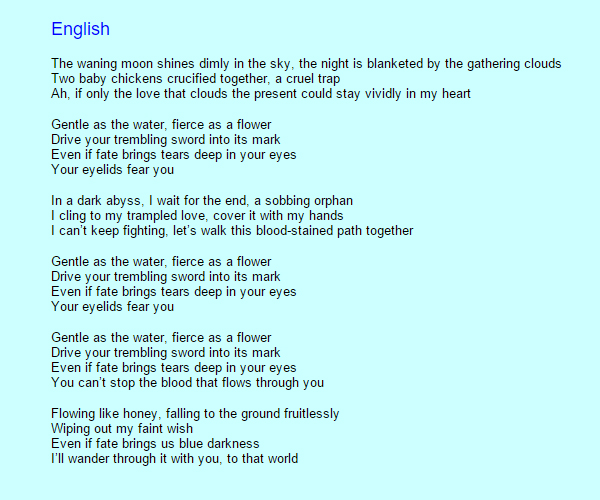 Keeping in touch with the tournament style competition between the Iga and Kouga clans, the intro provides viewers with glimpses of the rival characters and love interests. It is a brief intro, with little artistic expression of the situation; no good vs evil but a quick showcase instead. As far as openings go, this one is rather straightforward and holds the historical setting of the anime with artful backgrounds and a display of the character's skills. 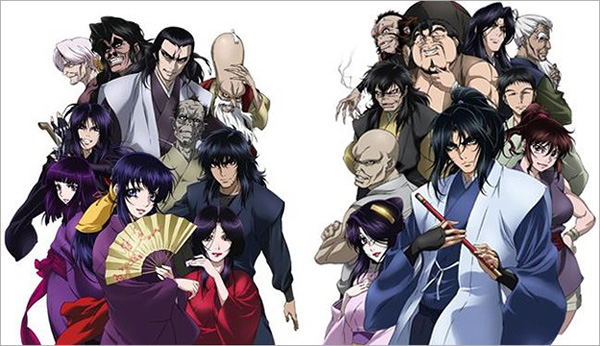 Above is a group shot of all the main characters in Basilisk. On the left is the Iga Clan and the right is the Kouga Clan. At the head of the Iga group is Oboro, the heroine and romance interest of Gennosuke of the Kouga Clan. Below is a shot from the Basilisk OP which shows the two in a bittersweet embrace, and illustrates the Romeo and Juliet quality of the tensions between Gennosuke and Oboro individually, and Kouga and Iga overall. 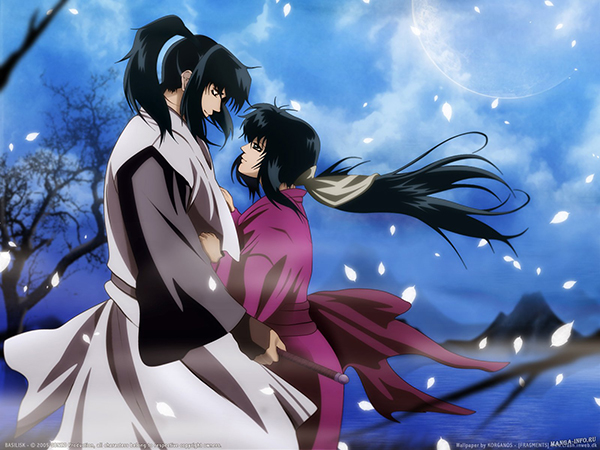 No articles were found.