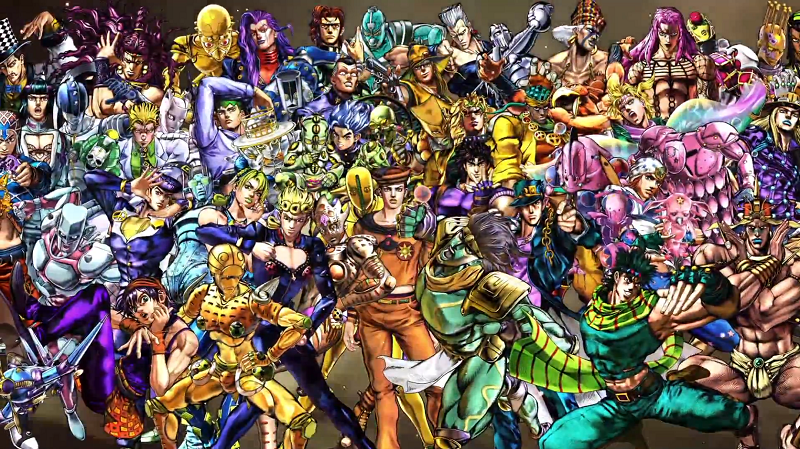 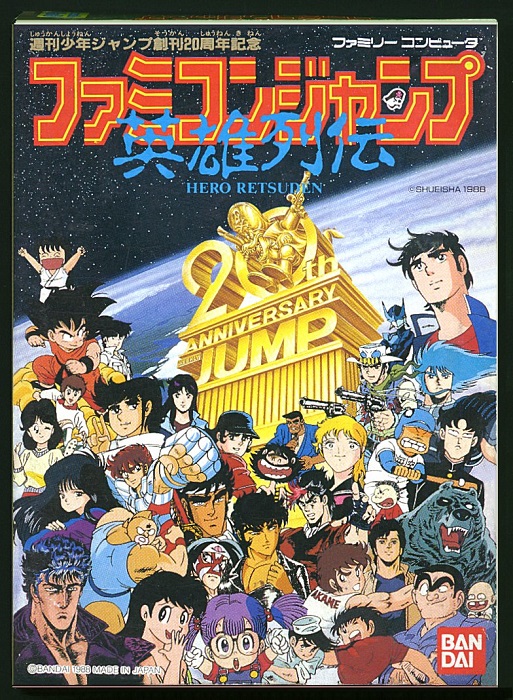 The first crossover title for Weekly Shonen Jump, this was an action RPG that had Joseph Joestar work with 15 popular Jump characters and stop villains from doing their worst. 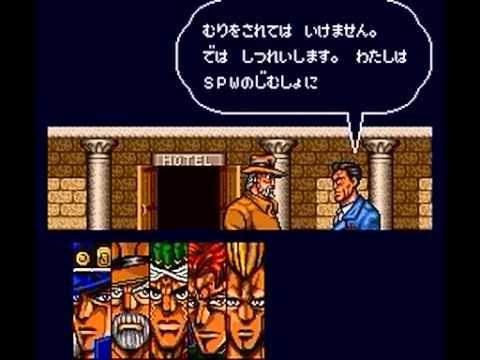 Based on Stardust Crusaders, the first JoJo game was an RPG that was essentially the anime, though with liberties taken if you've watched or read the series. 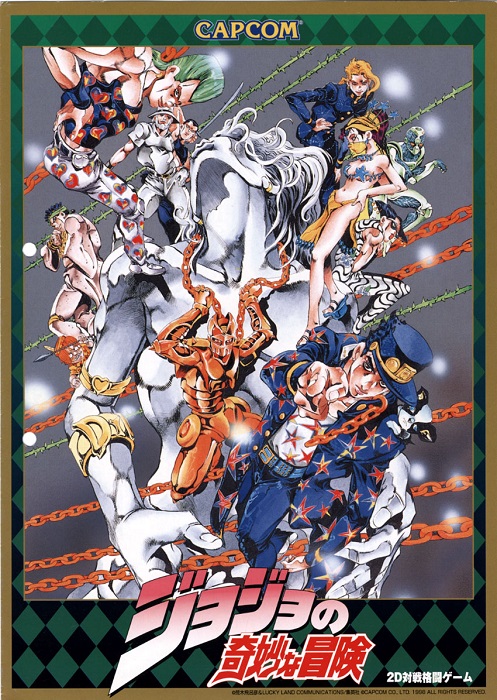 The first JoJo's fighting game, it was released in arcades in 1998, then ported over to the PlayStation in 1999. It was Sega's Dreamcast that produced the first international release of the Stardust Crusaders crew.

GioGio's Bizarre Adventure, a beat 'em up action game, was intended to be released worldwide, as Capcom showed a trailer at E3 2002. But it was soon kept Japan exclusive. It may have been due to the music in the game, which is heavily copyrighted outside Japan. 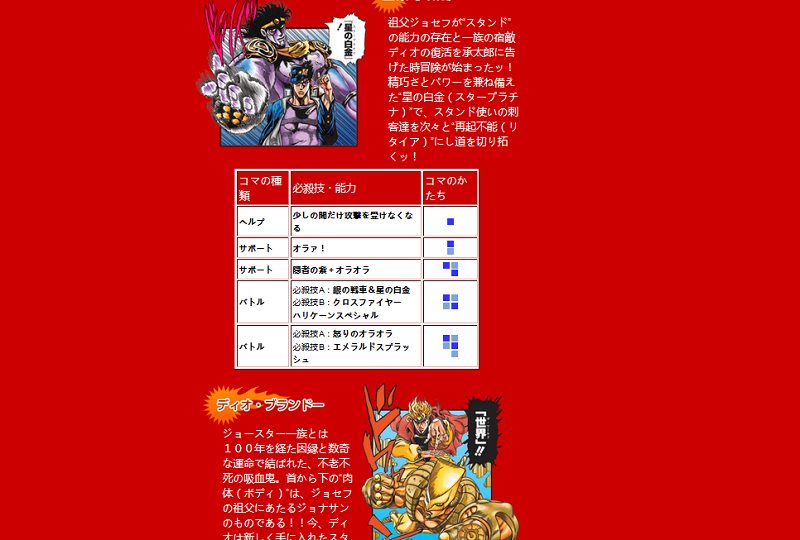 14 years after Famicom Jump II, this crossover featured Jotaro, Dio, and Steel Ball Run's Gyro Zeppeli among a cavalcade of Jump's biggest stars from its early days to its present. 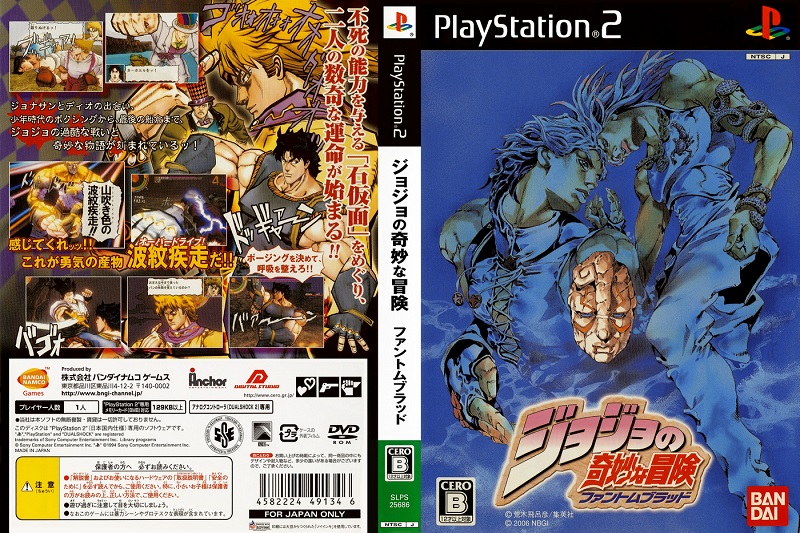 This beat em up covered the Phantom Blood arc of the Jojo's series. 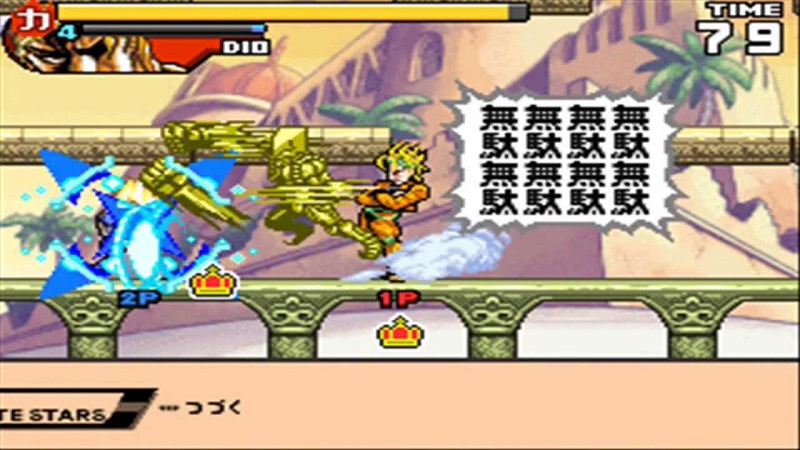 One year later, Jotaro and Dio return, with support characters (like Iggy and even Jolyne Kujo). 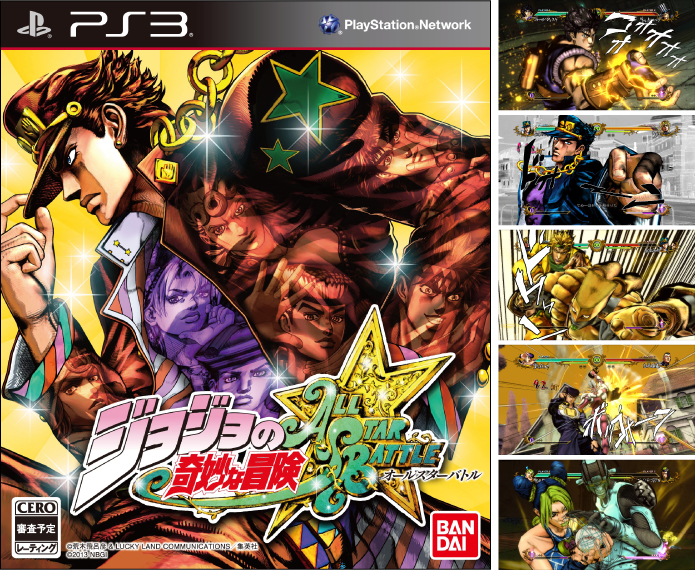 After going dark for 7 years, the series returned to consoles, with characters from the franchise taking place in this brawler. 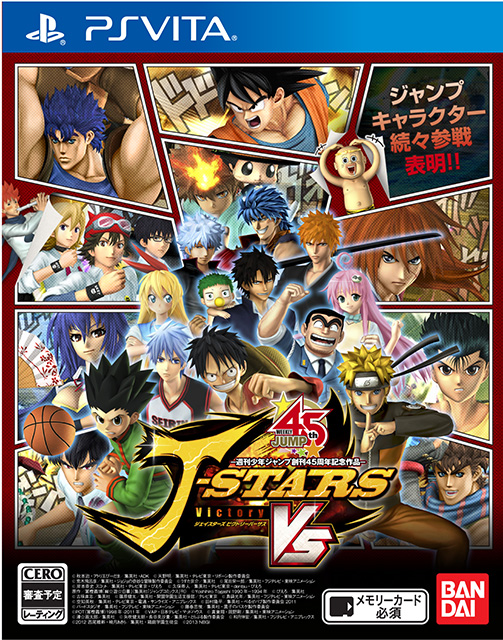 After not crossing over since 2006, Jump's biggest stars came together in 2014. Jonathan and Joseph Joestar took part in the battle. 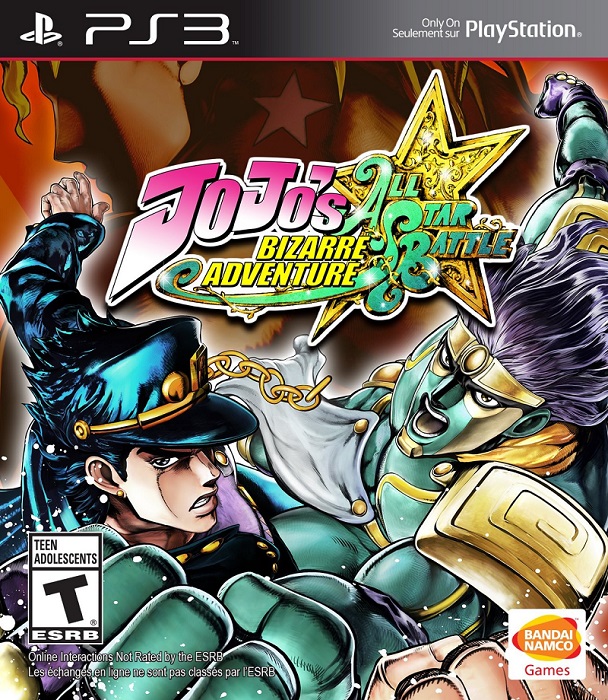 After 14 years of being a Japan exclusive series, All Star Battle was released internationally in 2014, which did make it and the Dreamcast and PlayStation version the only release of a Jojo game outside Japan, until J-Stars Victory+ was released this year.

With Jojo taking this new leap, and recently appearing in J-Stars Victory+, expect more JoJo to hit the West as the years go on.