Looks Can Be Deceiving: The Soul Gems of Mahou Shoujo Madoka★Magica

Mahou Shoujo Madoka★Magica (Puella Magi Madoka Magica) builds on the lighthearted magical girl trope...before completely destroying it! One of the new toys a magical girl gets in this anime is a soul gem that seems to shine bright with hope. But in this anime, all that glitters is not gold... 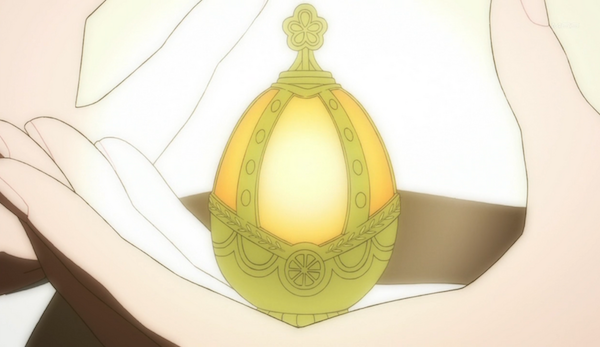 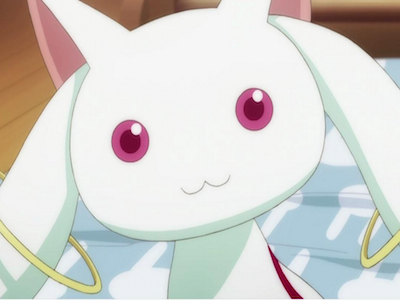 The first few episodes of Mahou Shoujo Madoka★Magica follow a trend fairly consistent with other magical girl shows: normal schoolgirl is confronted with an otherworldly danger, but has the chance to gain superpowers and defend herself and her world from this menace. After that, the only thing she has to worry about is getting the cute boy to like her, and handling the double life of a student and superhero. She even gets a nifty (and pretty) little soul gem from her adorable animal-like sidekick, Kyuubey (see left). The only real inconvenience is that the new magical girl must fight witches in order to win grief seeds to keep her pretty soul gem nice and shiny. Oh, and did we mention that this magical girl also gets a free wish for anything she wants from Kyuubey? Seems like a pretty sweet deal!

The Dark Secret of the Soul Gem 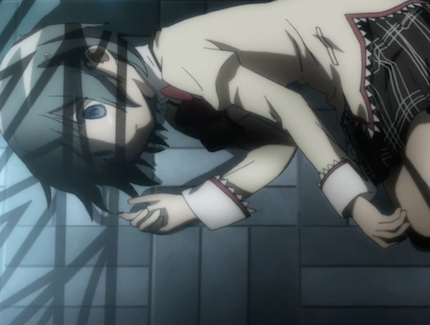 But being a magical girl, it turns out, is not just fun and games. The soul gem did not get its name from being pretty or magical. The gems themselves contain the magical girls' souls, while their bodies simply become vessels, practically immune to pain, making it easier for them to fight effectively. To make matters worse, if the soul gem is destroyed or separated from the magical girl's body, she will shut down and be unable to fight, and her body will effectively become a corpse (see right). Kyuubey himself does not seem to see any problem whatsoever with this arrangement, stating simply that the girls' bodies are fragile, so it is far more practical to keep their souls in their own compact containers so even if the girls' physical bodies are injured, they can simply heal themselves with magic and resume fighting witches.

Even worse, if a magical girl is filled with too many negative emotions, or if she expends too much magical energy without purifying her soul gem with a grief seed (see below), then she will turn into one of the very witches she was created to fight against. Kyuubey's sole purpose, it turns out, is to harness the energy released by a soul gem when it turns into a witch's grief seed, so his objective is to recruit magical girls and simply wait for them to expire or turn into witch's for their energy. 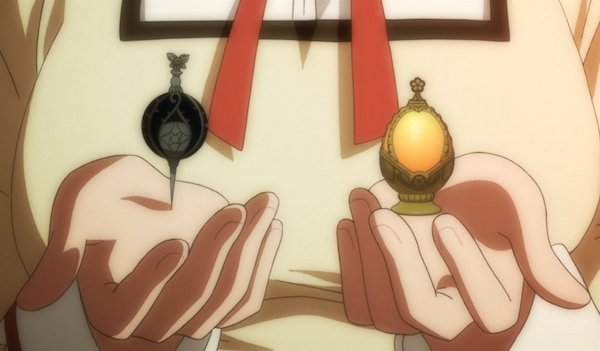 Mahou Shoujo Madoka★Magica is an incredibly dark anime that thoroughly explores the well-hidden bad side of the magical girl trope. The magical girls of this anime are not simple two-dimensional characters who all love their friends and fight for justice - they each have complex beliefs and reasons for fighting witches. Likewise, the soul gem is no simple marketing device or eye candy. It is a symbol for what the girls sacrifice and become in order to fulfill their ideals.

Futari wa Precure (aka Pretty Cure) is an anime that follows the story of two magical anime girls as they fight to protect Earth from aliens. Opposite this desperate plot, the Pretty Cure opening is quite upbeat, with cute scenes to accompany the adorable song. Let's explore this sweet OP!