Dengeki Daisy is a unique shoujo manga with a complex, heart-warming story, as well as a ton of comedy! Need a quick laugh? This list of 20 of the funniest quotes from the manga will surely do the trick! 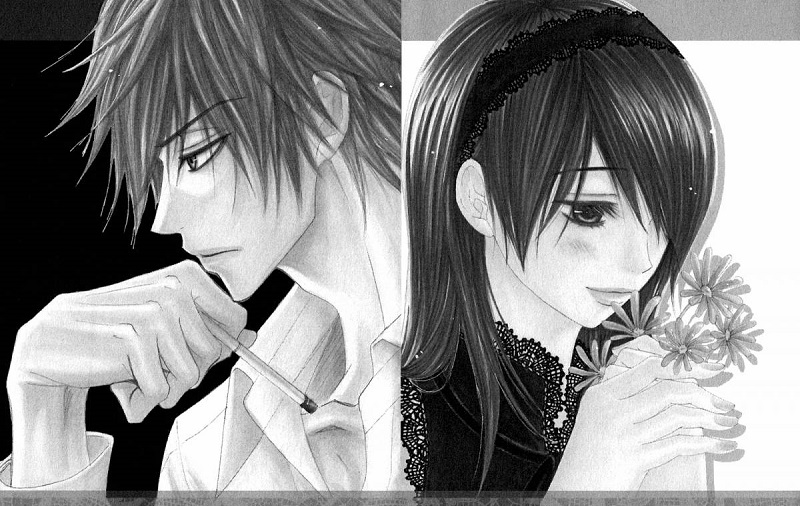 Get ready to laugh your heart out... 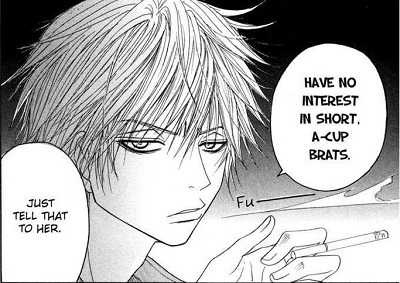 Tasuku's facial expression, his cool smoking pose, and his blunt words are what make this hilarious. It's even funnier since it's an indirect insult to Teru who's sensitive about her chest! 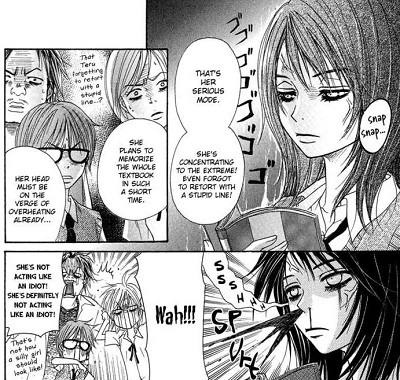 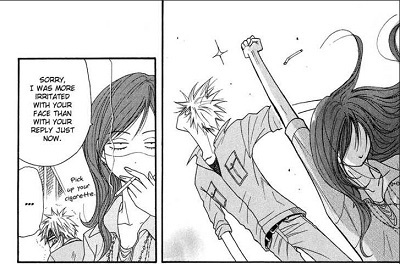 Riko treats Tasuku like her little brother and comes up with funny, sassy comments all the time. She also throws a few more physical punches... 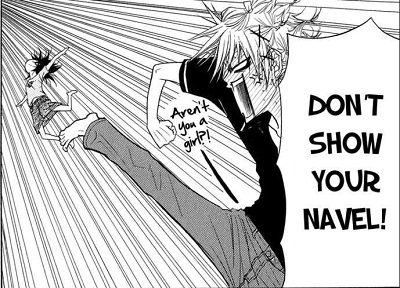 One of Tasuku's famous, most-used lines in the manga series. He says he doesn't like it when Teru shows her navel! But his blush suggests that he likes it a bit too much. 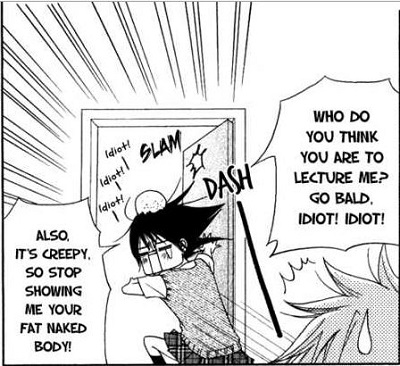 Don't worry, Tasuku only had his shirt off. Nothing special. But it apparently hit a nerve with poor Teru as she stormed out of the room (leaving behind a few curse words for Tasuku to enjoy). 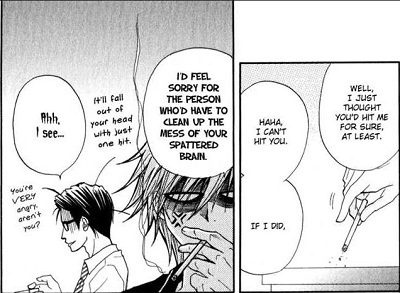 Gotta love Kurosaki's short temper. His strength shown throughout the series also proves he has the moves to back up his threats. Careful, Takeda! 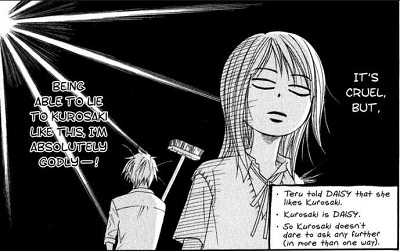 Teru feeling (godly) proud that she was able to quiet Kurosaki with a lie. She's definitely soaking in her glory!

“Breasts are evil!” Souichirou is famous for this type of crazy outburst. Anything that went against his sister, Teru, was evil to him. 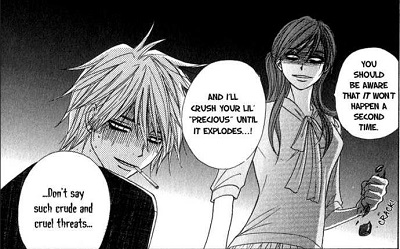 Let's just say that Riko's bad side is off limits! 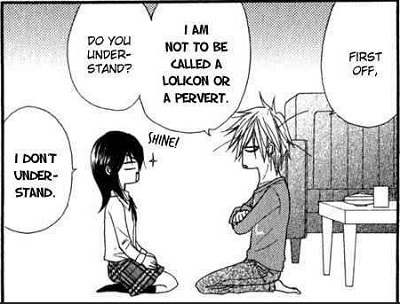 Tasuku is extremely sensitive. Teru does not understand that term. 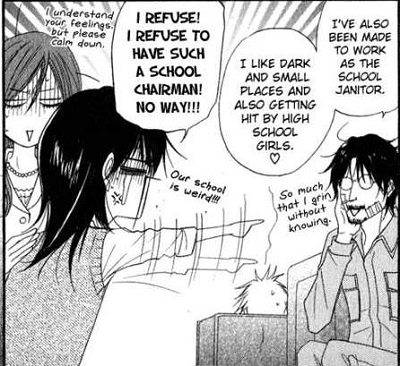 Andy is the Dengeki Daisy resident masochist, as you can see. You can probably take a wild guess and say that most (or all) of the males in Dengeki Daisy are pervs in their own way. 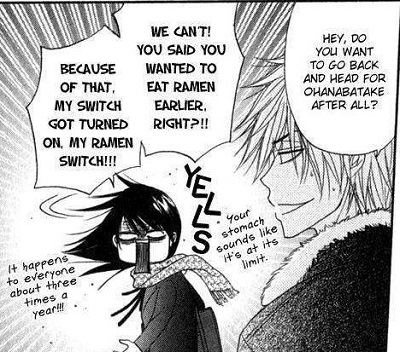 All ramen lovers have a ramen switch, Teru! 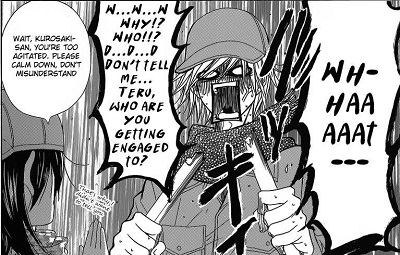 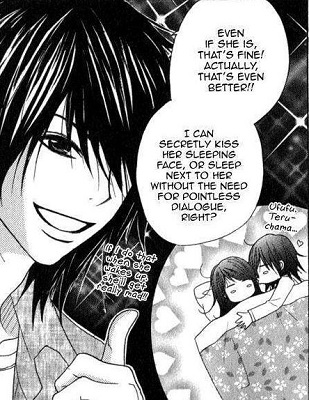 He's not a pervert! Souichirou is just a loving, devoted brother... right? 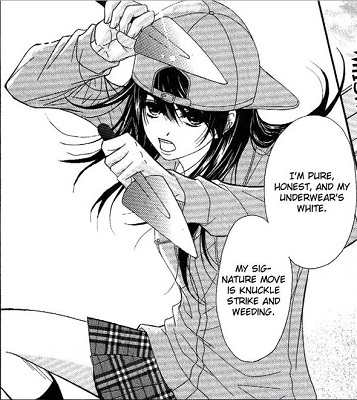 It's okay, Tasuku. It's normal to want to hide in a hole when you're embarrassed!

Like I said before... you don't want to get on Riko's bad side! 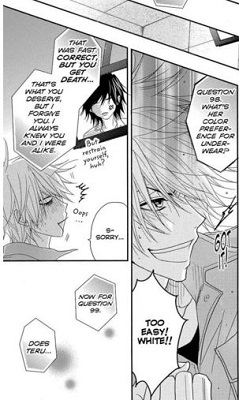 Tasuku, it's strange that you'd know that fact... Gotta love Souichirou's reaction, though! 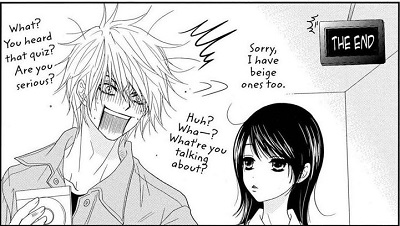 Teru tells Kurosaki she has beige undies, not just white ones. Thatta girl! 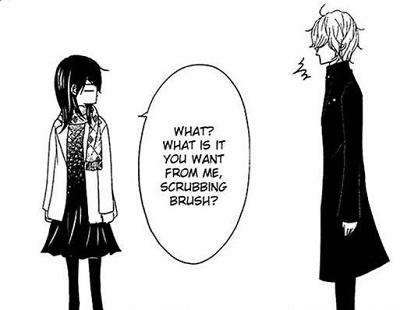 "Scrubbing brush" is the best insult for any evil guy with shaggy hair. Nice one, Teru!

Although Dengeki Daisy isn't an anime (yet), it's a completed manga series. If you love unique, complex plots and lovable characters in manga, then go read it already! If you don't, Tasuku might come after you... 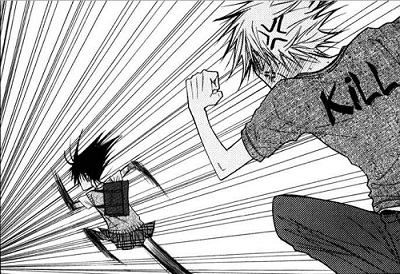