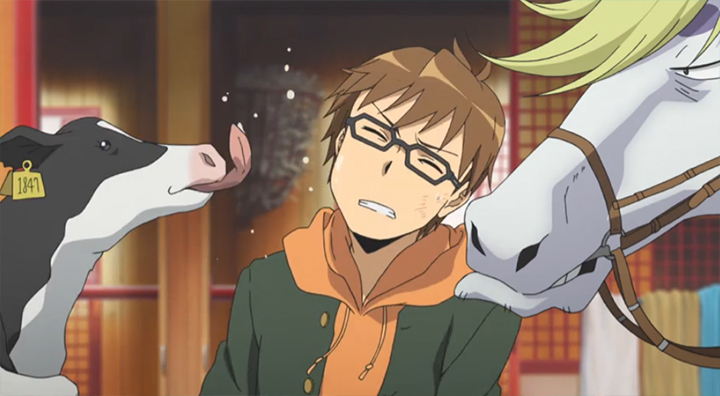 Silver Spoon is one of those series that makes you feel tingly and warm inside as you follow the protagonist on a journey of self-discovery. At the beginning, Yuugo Hachiken is introduced as a sullen and lost city kid who's extremely unprepared for the agricultural life that he's signed up for. He's unsure of what he wants to do in the future and feels guilty about running away from his past. However, through his interactions with other students who grew up in vastly different conditions, at a school that provides him with a number of unusual and unexpected experiences, he slowly learns to accept himself and move forward. 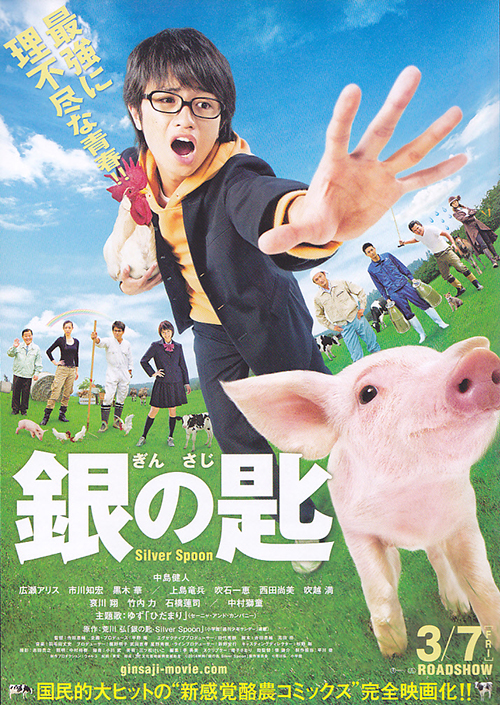 Silver Spoon's healthy balance of humor and profound thought has probably contributed largely to its success and subsequent adaptation into a live action film, released March 7, 2014. Of course, due to the inherent differences in the two mediums, many modifications must be made in order to condense the story of a multi-season TV series into a coherent two-hour film, and Silver Spoon has been adjusted accordingly. 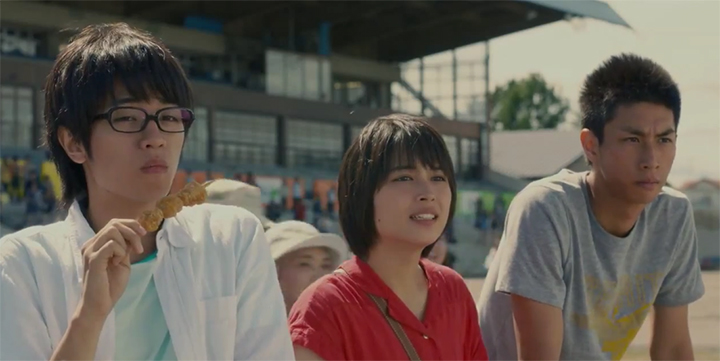 One key difference between the anime and live action is the shift in character focus. The anime has a sizable collection of characters, and it spreads its attention more evenly among them. Since there's not as much time to develop all of the characters in a single film, the live action version wisely chooses to put an emphasis on the protagonist, his love interest, and his foil—Yuugo Hachiken, Aki Mikage, and Ichiro Komaba, respectively. Despite this emphasis, however, you can still catch Hachiken's classmates making cameos throughout the movie. 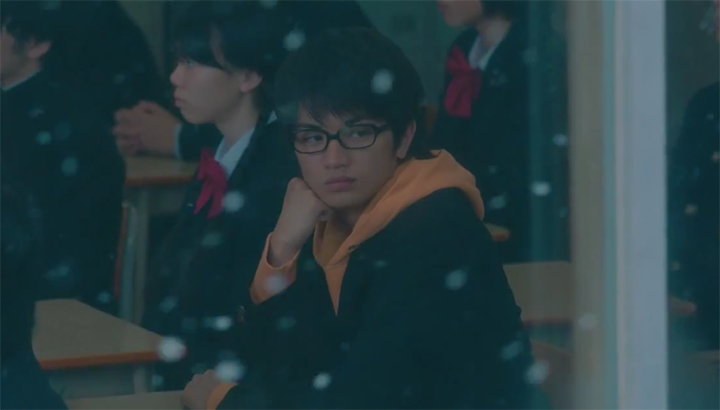 Another important difference is the lack of Hachiken's narration, a change that distances viewers a bit and gives them a more neutral intake of the plot. Unfortunately, much of Silver Spoon's appeal comes from sympathizing with Hachiken, which is made easier by direct access to his thought process. Without Hachiken's insightful first-person commentary, it's harder to understand where he's coming from and track his nuanced character growth. The omission of Hachiken's voice has a large effect on the overall tone of the story, but the film still tries its best to show how Hachiken matures from a third-person perspective. 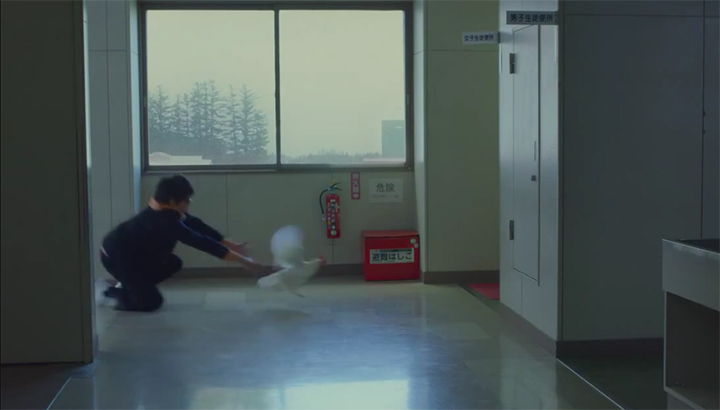 All in all, if you liked the anime, you'll probably enjoy at least some aspects of the live action version of Silver Spoon. Even though a number of details have been omitted to fit the big screen, the series preserves its humorous touch, and most of the important moments have been included. Additionally, the live farm animals bring in a whole new level of realism.

In 1984, the Australian government gifted a group of koalas to Japan. This led to two koala based anime that we rerun for years on American television.